HENRICO COUNTY, Va. — A Ford Focus flipped on its roof after a two-car crash at the intersection of Three Chopt Road and John Rolfe Parkway Wednesday morning in Short Pump. Emergency crews were dispatched to the crash at about 6:30 a.m.

“A Honda Odyssey was traveling southbound on John Rolfe Pkwy. A Ford Focus traveling northbound on John Rolfe Pkwy attempted to make a left turn onto westbound Three Chopt Road. Both vehicles collided in the intersection causing the Ford to overturn,” a Henrico Police spokesperson said via email. “The Honda driver was treated and released on scene. The Ford driver was transported to VCU medical Center with non-life threatening injuries.”

The Ford driver was issued a summons for failing to yield the right of way, police said. 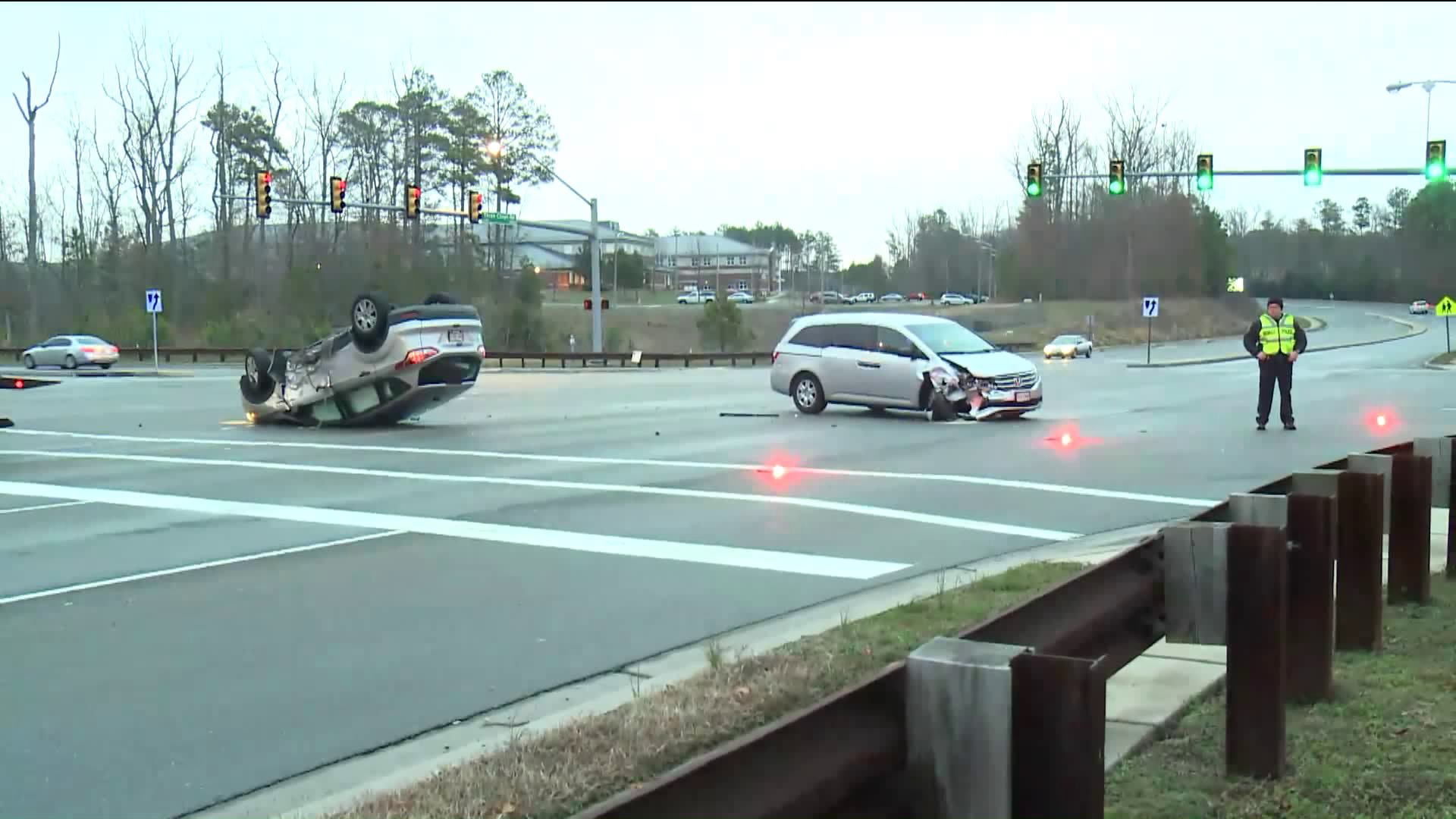