NOTTOWAY COUNTY, Va. – A jarring accident occurred Tuesday afternoon, between a dump truck and a school bus with children on board, just 1.5 miles west of Blackstone. The school bus carried 12 elementary  school children, one aide and the driver.  The driver of the dump truck and one child were transported to Farmville Hospital with non life-threatening injuries.

"Our 12-year-old 6th Grader has a skull fracture and a gash to the back of her head," the family wrote in a statement. "She is being moved by medical helicopter from the hospital in Farmville to VCU Medical Center for further observation and probably surgery. Your prayers are greatly appreciated." 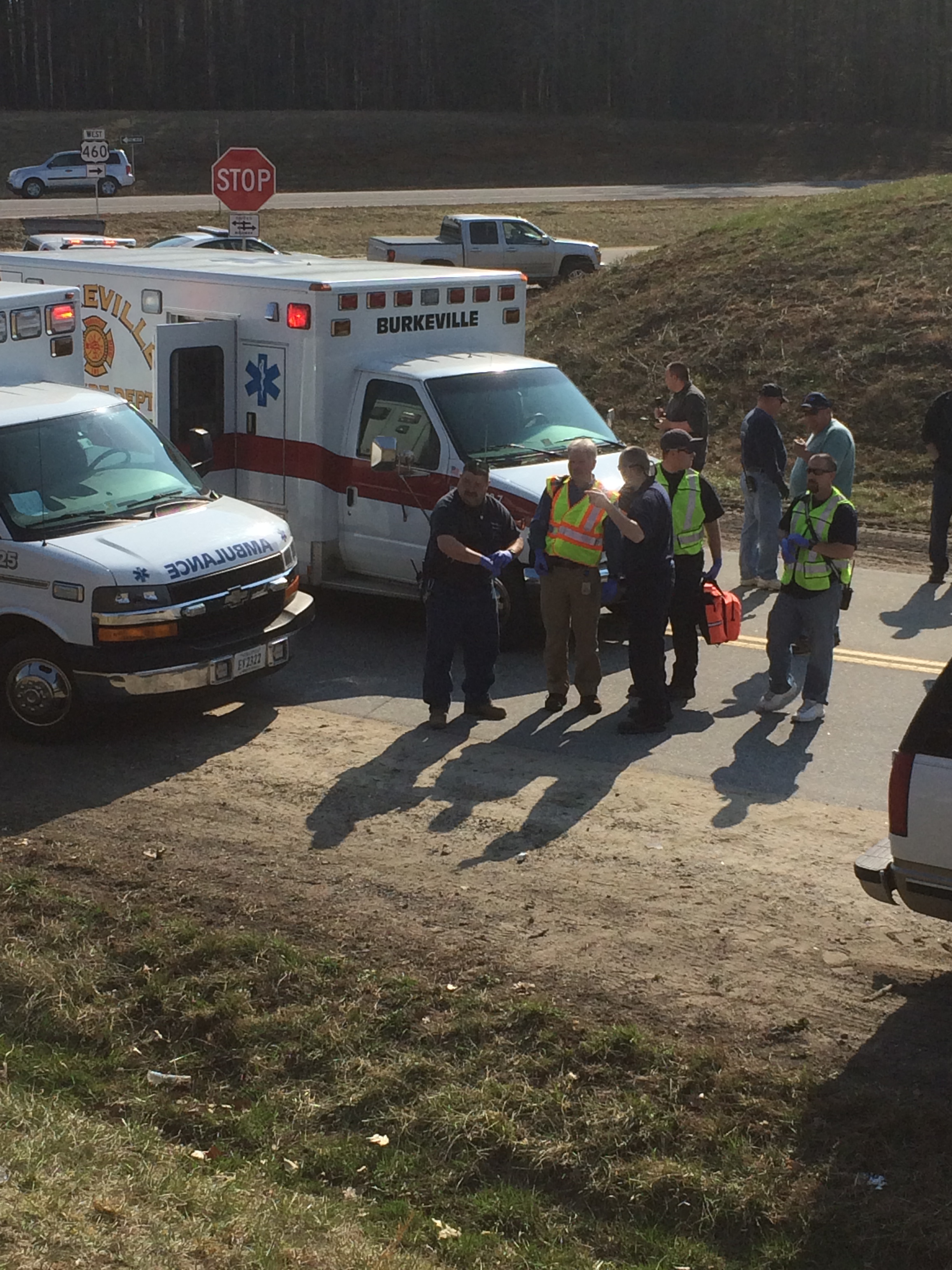 Police said that the bus was traveling north on Route 614 when it crossed over the eastbound lanes of Route 460 and proceeded out into the westbound lanes into the path of westbound  2002 Peterbilt dump truck. The injured driver of the dump truck was Letha H. Milbrath, 51, of Dillwyn.

The driver of the 2015 Thomas school bus, Richard F. Favret, 67, of Blackstone, was charged with reckless driving.