BEIJING — Native to a remote region of China, this tiny mammal, known as the Ili pika, doesn’t know it’s a member of an endangered species — and neither do most people.

Rarer — and perhaps cuter– than the panda, there are less than 1,000 of these teddy bear-like creatures living in the Tianshan mountain range in the Xinjiang region of northwestern China, says conservationist Li Weidong.

Li discovered the pika, formally known as Ochotona iliensis, in 1983 and named it after his hometown, Ili.

Last July, Li spotted and photographed the elusive creature for the first time since the early 1990s. He estimates its numbers have declined by almost 70 percent since its discovery.

“I discovered the species, and I watched as it became endangered,” he told CNN.

“If it becomes extinct in front of me, I’ll feel so guilty.”

In 2008, the animal was listed as endangered by the International Union for Conservation of Nature, but there’s no official organization or team dedicated to studying or protecting it, according to Li. 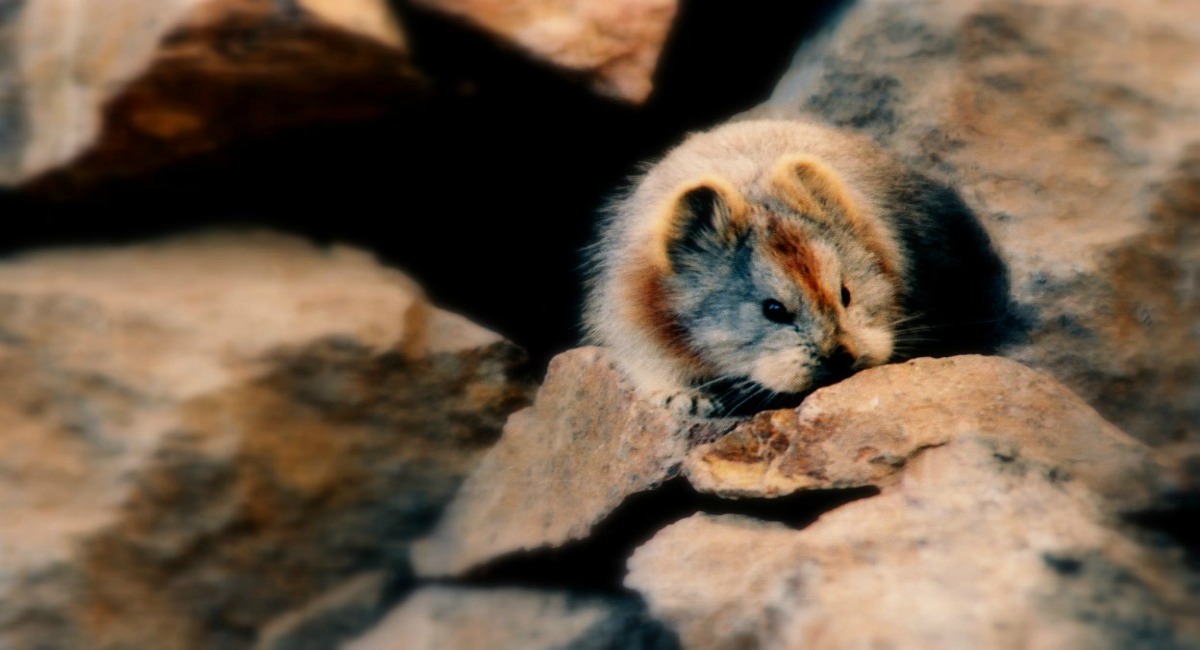 The mammal, only 20 centimeters long, lives on sloping bare rock faces and feeds on grasses at high elevations. Li says the pika’s habitat has been affected by global warming.

Due to rising temperatures, glaciers have receded and the altitude of permanent snow has risen in the Tianshan mountains, forcing the pikas to gradually retreat to mountain tops, Li said.

Ili pikas were originally found at elevations between 3,200 to 3,400 meters, he said. Now they have retreated to elevations of 4,100 meters.

“They have nowhere else to retreat,” he added.

It’s also a solitary animal and is not as vocal as other pika species, so if predators are near, Ili pikas are not able to alert each other, Li said.

Disease may also be a factor in its decline.

In 1983, when Li first came across the mammal, nobody knew what it was. Two years later, Li found another two and it was declared a new species.

In the decade following, Li and his colleagues conducted a number of studies, including a census at 14 different sites.

However, in 1992, Li left Ili to work with Xinjiang Academy of Environmental Protection in the regional capital Urumqi.

No studies were conducted on Ili pika in the following decade. No one saw the pika, either.

In 2002 and 2003, Li, with a team of volunteers, conducted a fresh census. Despite spending 37 days searching the mountains for the pikas on seven separate trips, they came up empty handed.

However, by analyzing droppings and snow tracks, Li, along with Arizona State University biologist Andrew Smith, was able to conclude that the Ili pika population had seen a dramatic decline. Together they calculated that there might be 2,000 mature animals, down from 2,900 in the early 1990s.

The research, published in 2005, recommended that the animal should be listed as endangered.

In 2007, Li retired early to throw himself into searching for the pika.

Last year, he organized a group of 20 volunteers to conduct another survey with infrared cameras.

This time, on the second day of the field trip, they finally spotted a pika, who jumped and stepped over Li’s feet while he was trying to photograph it. The volunteers dubbed it a “magic rabbit.”

They concluded that there were fewer than 1,000 Ili pikas, said Li.

“This tiny species could be extinct any time,” he said. “They don’t exist in the sites where they used to be anymore.”

Li funds the research with himself, along with donations and occasional grants from organizations like the World Wide Fund for Nature.

He says he has spent more than $32,000 of his own money over the past three decades and he has to raise funds to pay for gas.

But what upsets Li most isn’t the lack of funding. It’s the lack of official recognition for the Ili, and other pikas’ plight.

The Department for Wildlife and Forest Plants Protection, under the Ministry of Forestry, said it was in the process of updating the list but declined to give any further details.

Li and his volunteers have been calling for the establishment of a nature reserve to help protect the animal.

“I’m almost 60, and soon I won’t be able to climb the Tianshan Mountains,” he said.

“So I really hope that an organization will have people study and protect the Ili Pika.”