Crews on the scene told Covil that when the line burst, it “blew rock a block.”

City officials said that workers with Miller Pipeline, working for Columbia Gas, were boring on Riveroaks Drive when they hit the main.

The break, which happened in the most heavily populated area of Colonial Heights, impacts hundreds of homes, three schools and a daycare in the northeast part of the city.

Crews on the scene were unable to clamp the break. As a result, water service was not restored until around 5 p.m. Officials also warned residents to expect low pressure for about an hour. 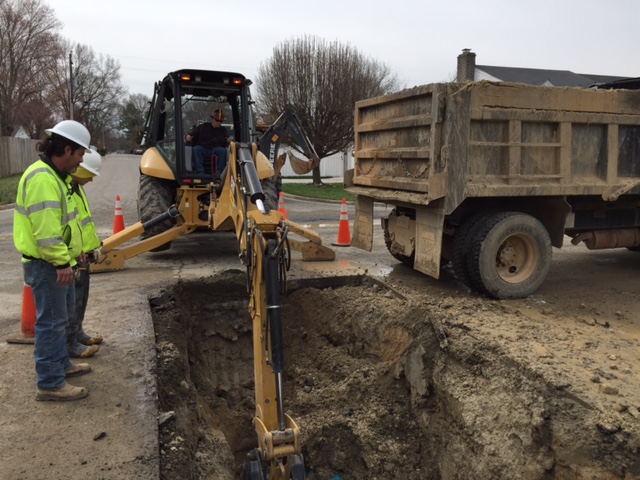