RICHMOND, Va. -- Police arrested four people after a robbery was reported on the VCU campus. The robbery happened along West Broad Street, near North Hancock Street, one block from the VCU  Siegel Center, according to VCU Police. The university issued a campus alert between at around 11:15 p.m. Monday that warned VCU students and staff to avoid the area.

"While patrolling the 1000 block of W. Broad Street, a VCU Police Officer witnessed what appeared to be a robbery in progress at Broad and Hancock Streets. The officer exited his vehicle and engaged in a foot pursuit with the primary suspect being apprehended at Hancock and Marshall Streets," VCU Police posted online. "Additional officers responded to the scene and detained three other male suspects. The victim was located and subsequently identified the male suspects that were detained by officers as the individuals that were involved in the robbery. The suspects were taken into custody and transported to VCU Police Headquarters for further questioning."

The university issued a second alert around midnight that informed the community that suspects were in custody. 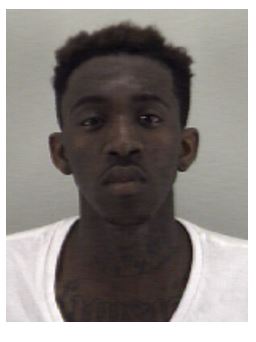 None of the suspects arrested for the robberies were VCU students, according to VCU Police.