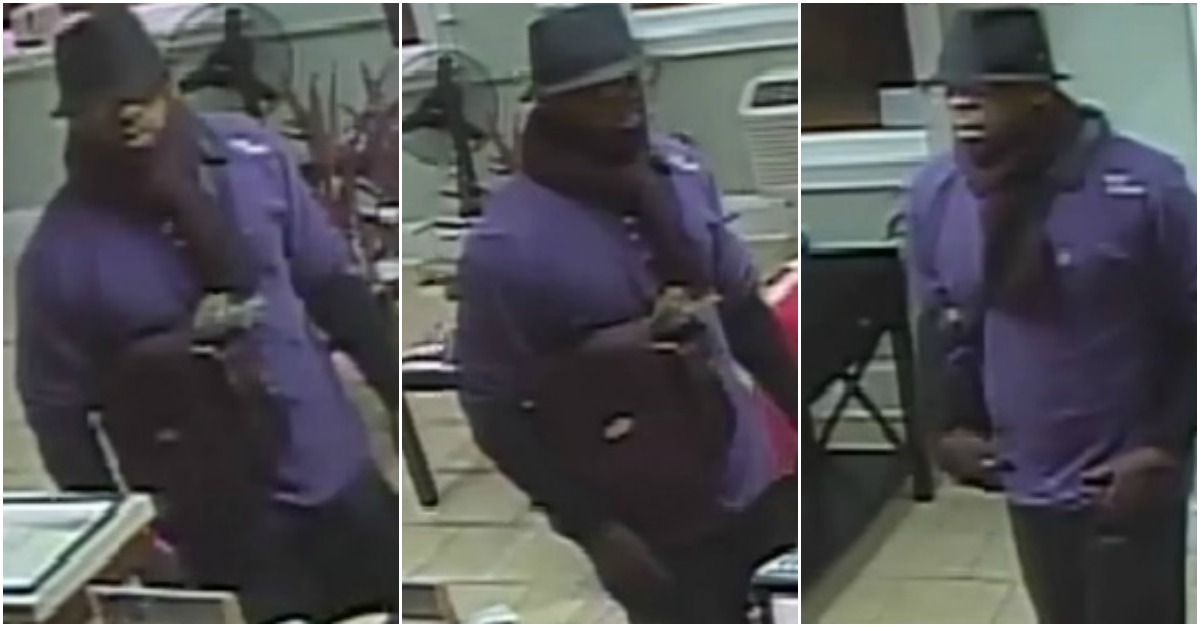 CHESTERFIELD COUNTY, Va. — The hunt is on for the man police say robbed the Econo Lodge at 2310 Indian Hill Road around 9 p.m. Wednesday.

Police said the suspect walked into the motel, approached the clerk and pulled out a gun before demanding cash.

After receiving an undisclosed amount of money, the suspect ran off, according to police.

“The suspect is described as a black male in his 30s or 40s, about 6 feet tall and weighing about 180 pounds. He had a mustache. He was wearing a navy-colored polo shirt with white lettering, blue jeans, a dark-colored fedora, red prescription glasses, a red sash and gloves,” Chesterfield police wrote in a news release.