The driver of the work truck was transported to a nearby hospital with non-life threatening injuries. No one else was injured.

Officials said the driver of the semi, 39-year-old, Ira Vestal, of Conover, N.C., was charged with reckless driving.

ALL lanes remain closed for cleanup I-64 east at Emmaus Church Rd after an earlier crash. Use Rt. 60 as an alt. @cbs6 pic.twitter.com/iyxtvIrvWD

"The lanes will remain closed during crash cleanup," VDOT advised.

Additionally, drivers can expect delays because of congestion on I-64 east just before the Bottoms Bridge. Traffic was backed up 4 miles as of 1:38 p.m. 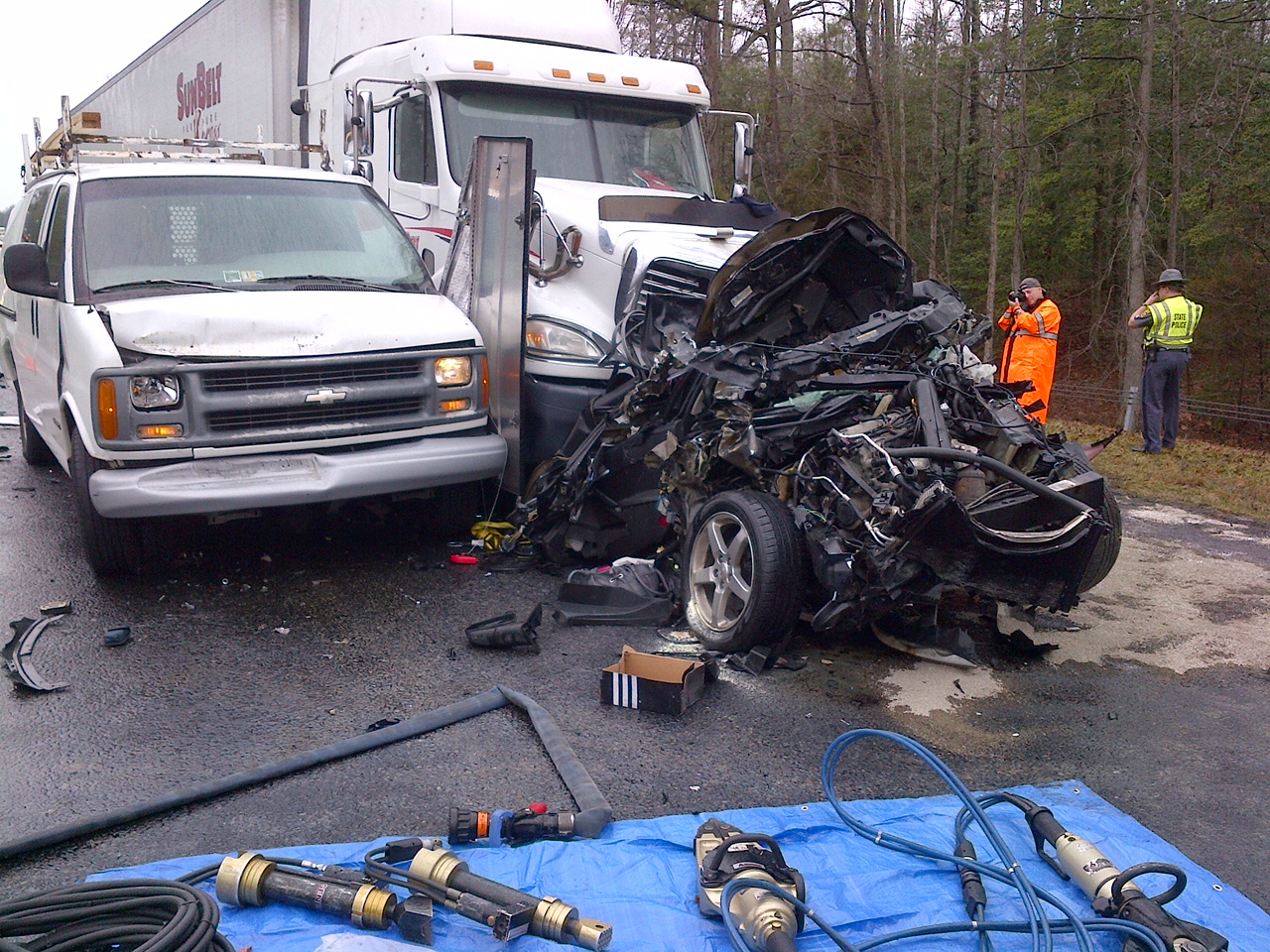