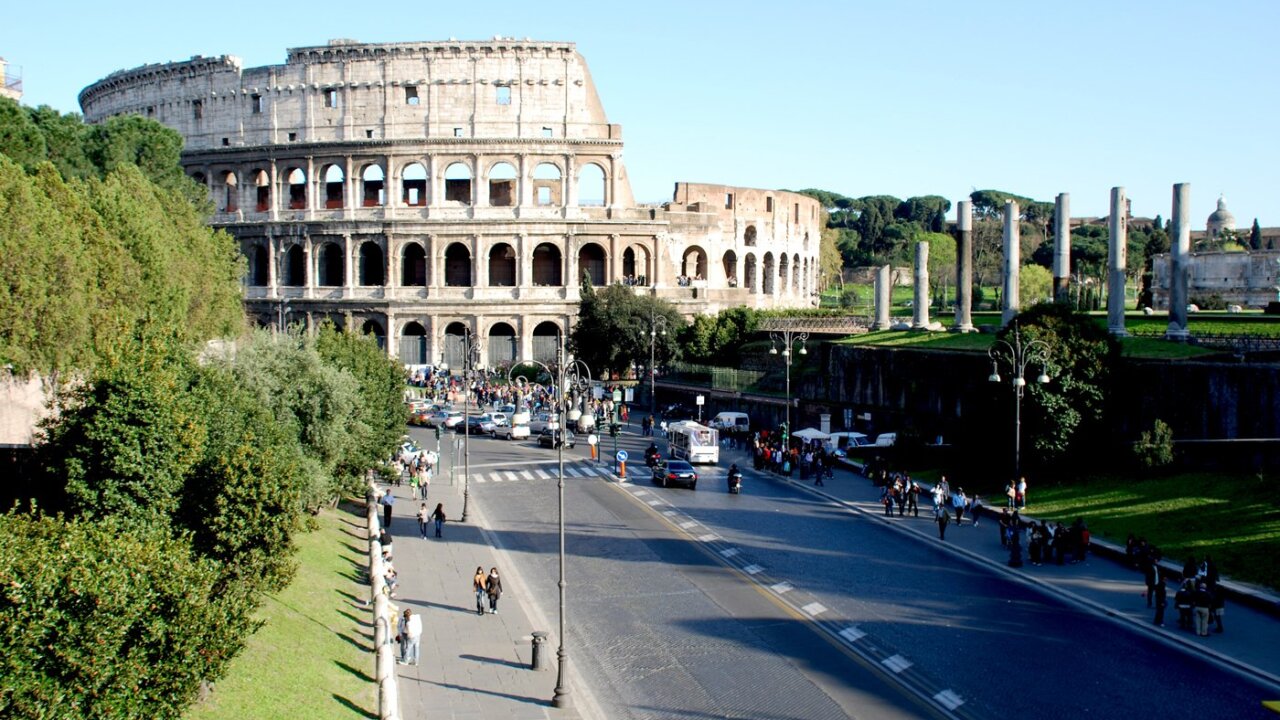 File photo of the Colosseum in Rome, Italy.

ROME — Another one for the “tourists behaving badly” file. Two American women have reportedly been arrested for carving their initials into a wall with a coin inside Rome’s Colosseum. Daily Italian newspaper LaStampa reported that the women, aged 21 and 25, were spotted carrying out the act by fellow tourists, who then told security. The two letters — J and N — were about eight inches in length and scratched on a brick wall at the historic Roman amphitheater.

The women, both from California, reportedly snapped a selfie of themselves with their initials before they were arrested. Their names have not been released. The American pair may now face a fine for aggravated damage on a building of historical and artistic interest. If one Russian’s experience is anything to go by, the price won’t be cheap.

Last November, authorities in Rome slapped a 20,000-euro ($21,685) penalty on a Russian tourist caught carving his name into the famed landmark. The 42-year-old man was apprehended after a guard at the Colosseum saw him carve the letter “K” in a section of brickwork. After police caught up with him, the man was found guilty of causing “aggravated damage,” fined and given a four-month suspended sentence. The Russian was one of five tourists caught carving graffiti on Colosseum walls in 2014.

The earlier incidents involved two Australians — a father and son — and a Canadian and a Brazilian, both teenagers.

Al Arabiya reports that Minister of Antiquities Mamdouh al-Demati says the issue has been referred to the public prosecutor and new surveillance cameras are being installed in the area. The incident comes as a reminder that no world landmark is safe from the salacious urges of tourists — no matter how sacred it might be to the locals.

Cambodia’s Angkor Archeological Park experienced its own string of nudity-related incidents this year.

In February, U.S. tourists and sisters Lindsey Kate Adams and Leslie Jan Adams were deported after allegedly getting caught taking partially nude photos at Preah Khan temple, one of the sacred sites inside Cambodia’s Angkor complex. They received six-month suspended prison sentences, a one-million riel ($250) fine and were banned from entering the country for four years.

In January, a group of photos featuring a topless dancer leaning against the ruins surfaced on Facebook.

They detained four American tourists, two Canadians and two Australians for stripping down for pictures at the site.