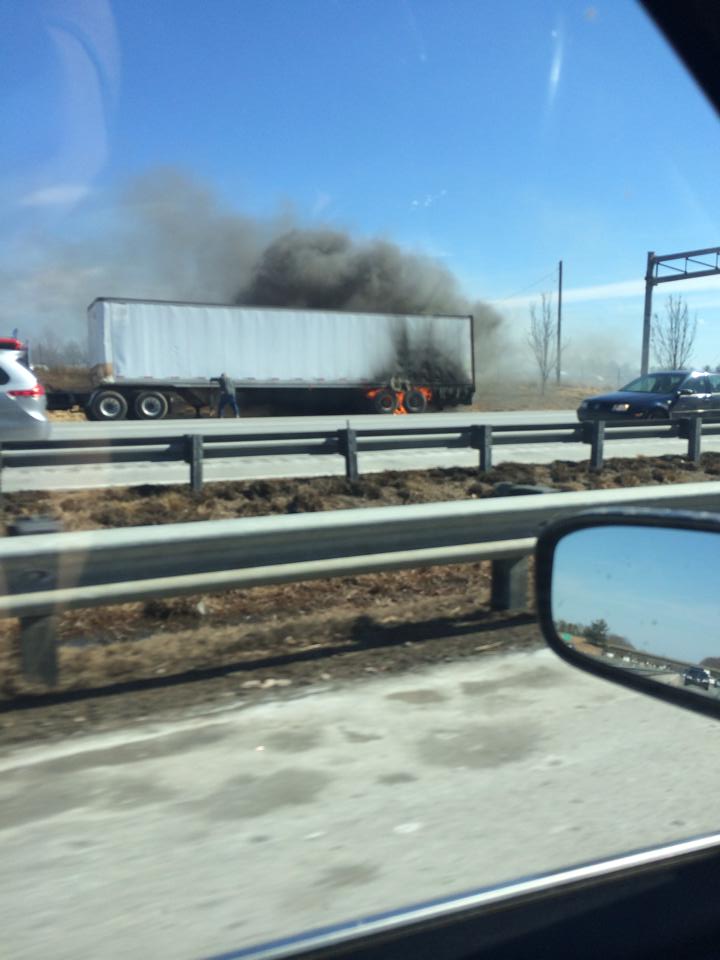 SPOTSYLVANIA COUNTY, Va. – A tractor-trailer hauling hay that caught fire Sunday afternoon brought traffic to a standstill on I-95.

It happened on I-95 north near the Thornburg exit near the Spotsylvania-Caroline County line.

The semi separated from the trailer before it caught fire, according to officials with the Spotsylvania Sheriffs Office.

VDOT reported that the right lane and shoulder of the interstate were closed for hours Sunday afternoon. At one point traffic was backed up for more than 14 miles. However, officials had cleared the wreck by 9 p.m.