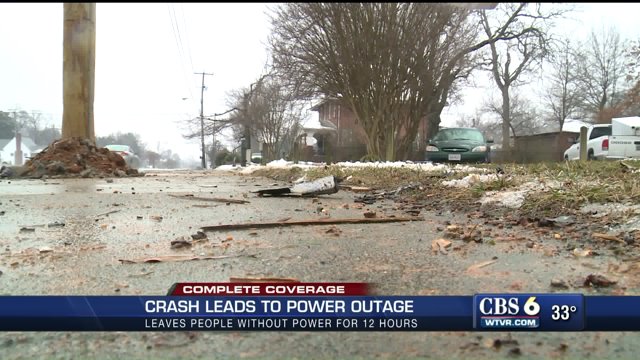 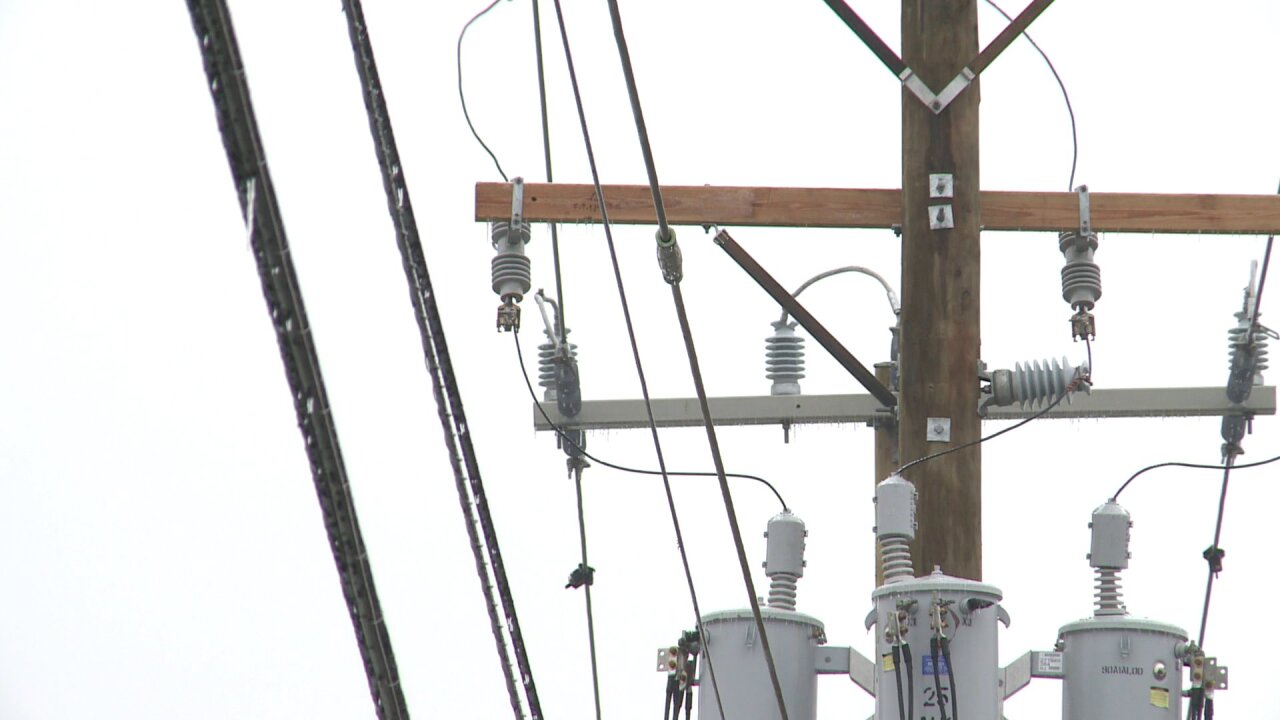 RICHMOND, Va. -- Thousands of customers were without power in South Richmond Sunday morning as a wintry mix of snow, sleet and freezing rain fell around the region.

"All you heard was a loud screech and then you heard boom and then the power was out," Jeanette Meza told CBS 6.

Tony Talliaferro heard about the wreck when his children ran in his bedroom after they saw the electric show light up the night sky.

"They say it came over the top like fireworks like the Fourth of July,"  Talliaferro said. "They said it was a UFO crash, I said, 'Oh no, it can't be a UFO.'"

An eyewitness called CBS 6 to report a man was behind the wheel and that a six-year-old child was inside.

There was no report of the cause or the extent of any injuries by police Sunday evening.

As a result, power was out for thousands for nearly 12 hours leaving many with no heat.

"It was freezing cold," Destiny Downey, who was without heat, said.