RICHMOND, Va. -- Richmond was blanketed Monday night into Tuesday morning with six to nine inches of pure white powder that made everything look so magically clean and pretty.

Chris Conway, a graduate of Virginia Commonwealth University's School of the Arts, sent a DJI Phantom 2 drone up in the air with a GoPro camera on Tuesday. He captured beautiful images with his camera, and even better -- the scenery is accompanied by the great song "2 the Day," by the local NO BS! Brass band.

“I knew I had to get out here and get some footage before it melted,” Conway said.

Check out the video below. Apple phone users click here for the video.

Conway wasn't the only person sending the drone up into the sky either.  Daryl Watkins from Creative Dog Media, who has taken some superb drone shots of local tacky Christmas lights, was out snapping pictures also.

Check out his photos in this gallery. 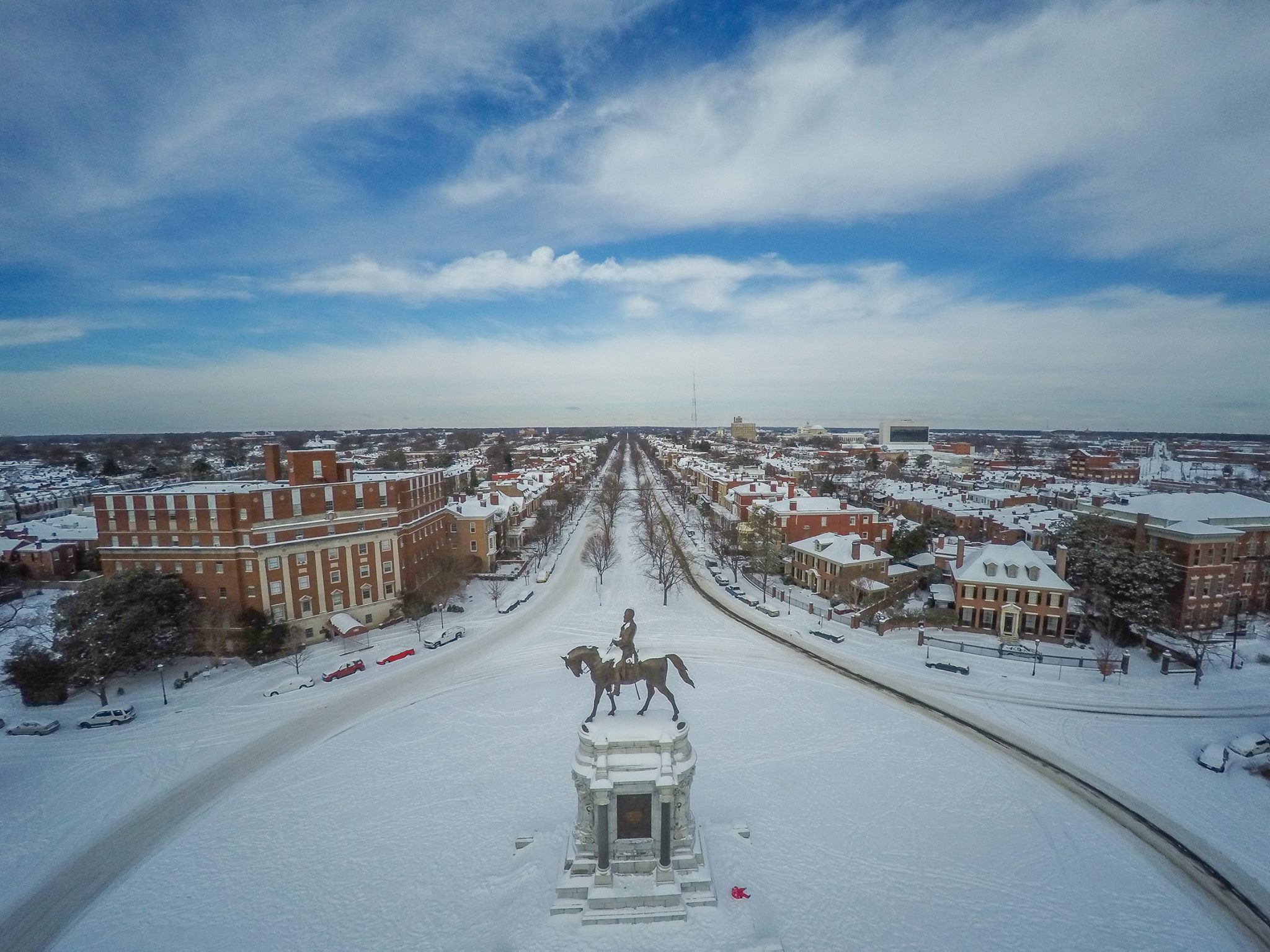 Conway’s drone, and another across the way (Probably Watkins'), drew a lot of attention from kids and their parents sledding near the Virginia War Memorial.

Graham Lehr let her son take a closer look, but she had concerns about a stranger capturing video of her and her kids.

“I think it’s a bit of an invasion of privacy,” Lehr said.

Drone hobbyists like Conway have fairly free reign when it comes to flying the machines.

“Nobody can stop you from launching a drone,” Tripp Lewis, who owns Tredegar Drone Works, said.

Still, the FAA is proposing new drone regulations, which Lewis said he is excited about.

“A lot of us have been looking for guidance from the FAA about drones,” Lewis said.

As part of the rules, drone users would have to obtain an FAA operator certificate.

The General Assembly is considering legislation that would restrict the use of drones in the Commonwealth.