Someone beheaded the New Orleans goat that helped weed the park

ALGIERS, La. — The Louisiana SPCA and the NOPD want to know who beheaded a baby goat in Brechtel Park this week. The goat belonged to a company hired to help weed the park. The Louisiana SPCA says someone overnight Wednesday entered a pen where the goats were held and killed one of them, reported WGNO.

The goat’s owner told police she arrived at the park around 9 a.m. Wednesday and noticed the animals had somehow gotten out of their pen. While she was inspecting the pen, she found the headless baby goat. According to the SPCA, the owner believes that the beheading could be the result of a previous altercation with a group of teens who were harassing the goats in their pens.

“[The] goat was not attacked by another animal, after the body was inspected there were no injuries on the goat, no bites wounds or problems other than the little goat was missing its head,” Louisiana SPCA spokeswoman said.

The owner told police she left the pen Tuesday, January 27, 2015 around 1 p.m., but could not say if all the goats were inside.

NOPD and Louisiana SPCA Humane Law Enforcement are unable to locate the head of the baby goat. The brother of the beheaded goat is also missing from the park.

The NOPD is investigating the incident.

Anyone with information about this felony act of animal cruelty is urged to call the Louisiana SPCA at 504.368.5191 ext. 100. The SPCA is offering a $1000 reward for any information that leads to the arrest and conviction of those responsible.

The beheaded goat and the missing one belonged to this herd, pictured below. 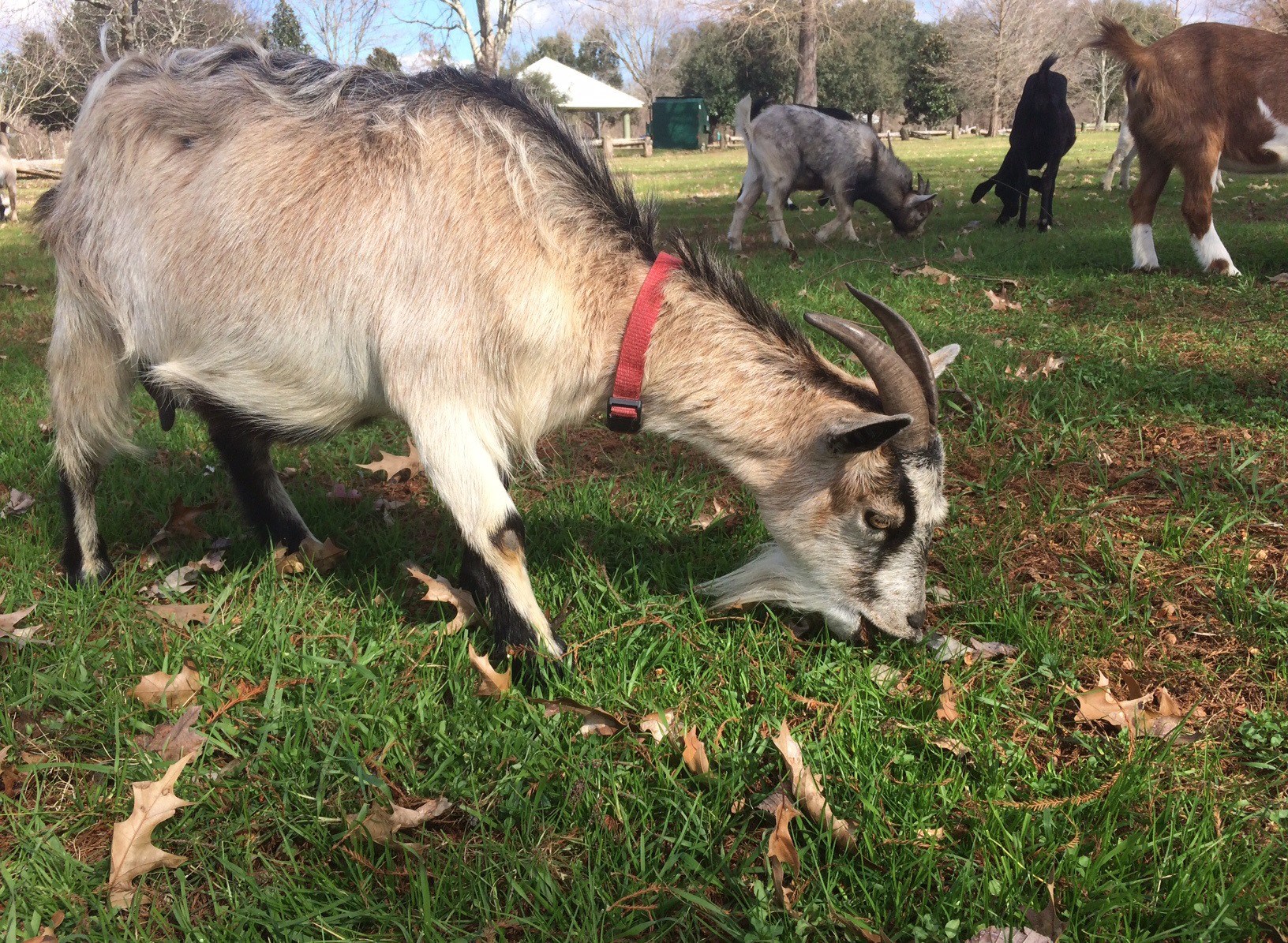