Richmond Police reach out to activists for clearer understanding over ‘issues’

The march was part of a week of action with notable demonstrations around various government buildings and streets of Richmond. Several times, as part of the demonstrations, the participants disrupted traffic, as an intentional goal to catch the public's attention and address several issues.

The group has been vocalizing that "Black Lives Matter," a message heard around the nation in the months of demonstrations and protests following grand jury decisions which involved the deaths of two black males and two Caucasian police officers -- one case in Ferguson, Missouri and one in Staten Island, New York. 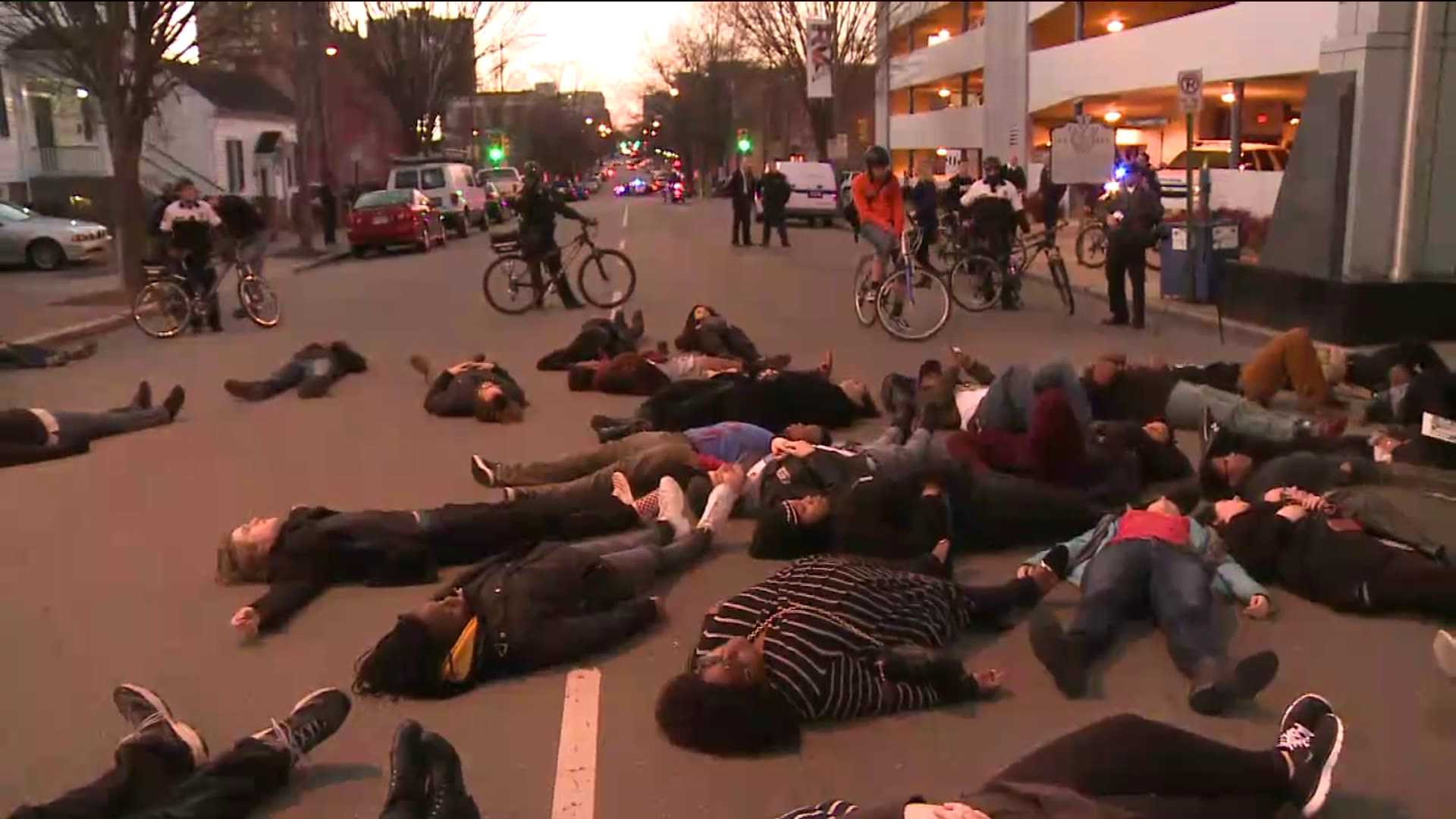 Flanked by several police officers, protesters marched along the streets of Richmond and held a die-in Monday, in front of the Seigel Center at Broad Street and Harrison. The demonstrators also headed to the Richmond Police Department and staged demonstrations there. Several city blocks along Grace, Broad and Belvidere were temporarily shut down during rush hour.

As a peace accord, Richmond Police Major Steve Drew met with protestors Monday in Monroe Park.   Drew acknowledged that the groups have staged several peaceful demonstrations since Thanksgiving.  He says while the protests have ended without any arrests or property damage, he says it’s time that the two sides came together to talked openly.

“At some point, we need to sit down and have an open dialog and have more communication than confrontation and see if we can work through something,” Drew said.

Jamil Jasey, an organizer of several protests, says  he welcomes the opportunity to sit down with police.  Jasey also defended the groups’ methods of gaining exposure.  He says their actions helped lead to a meeting with police.