Nineteen days. Three thousand feet of some of the hardest climbing in the world. And just their bare hands and sticky-soled shoes to get them up the granite-faced monster known as the Dawn Wall.

Many other people had climbed El Capitan in Yosemite National Park. None of them ever reached the top after free-climbing the Dawn Wall as Tommy Caldwell and Kevin Jorgeson did Wednesday.

“It feels incredible. We’ve been working on this since 2009. Tommy first envisioned the line in 2007 so it’s been in all-consuming in our lives since then and it’s pretty surreal to wake up this morning and have the climb complete,” Jorgeson said on CNN Thursday morning.

Tommy Caldwell, 36, lost his voice but he sat next to Jorgeson and gamely tried to answered questions but was barely audible.

The two were asked if they ever, along the way, thought trying to ascend Dawn Wall was a bad idea.

“There were times when I questioned whether I’d be able to do it,” but never the idea, Caldwell said. 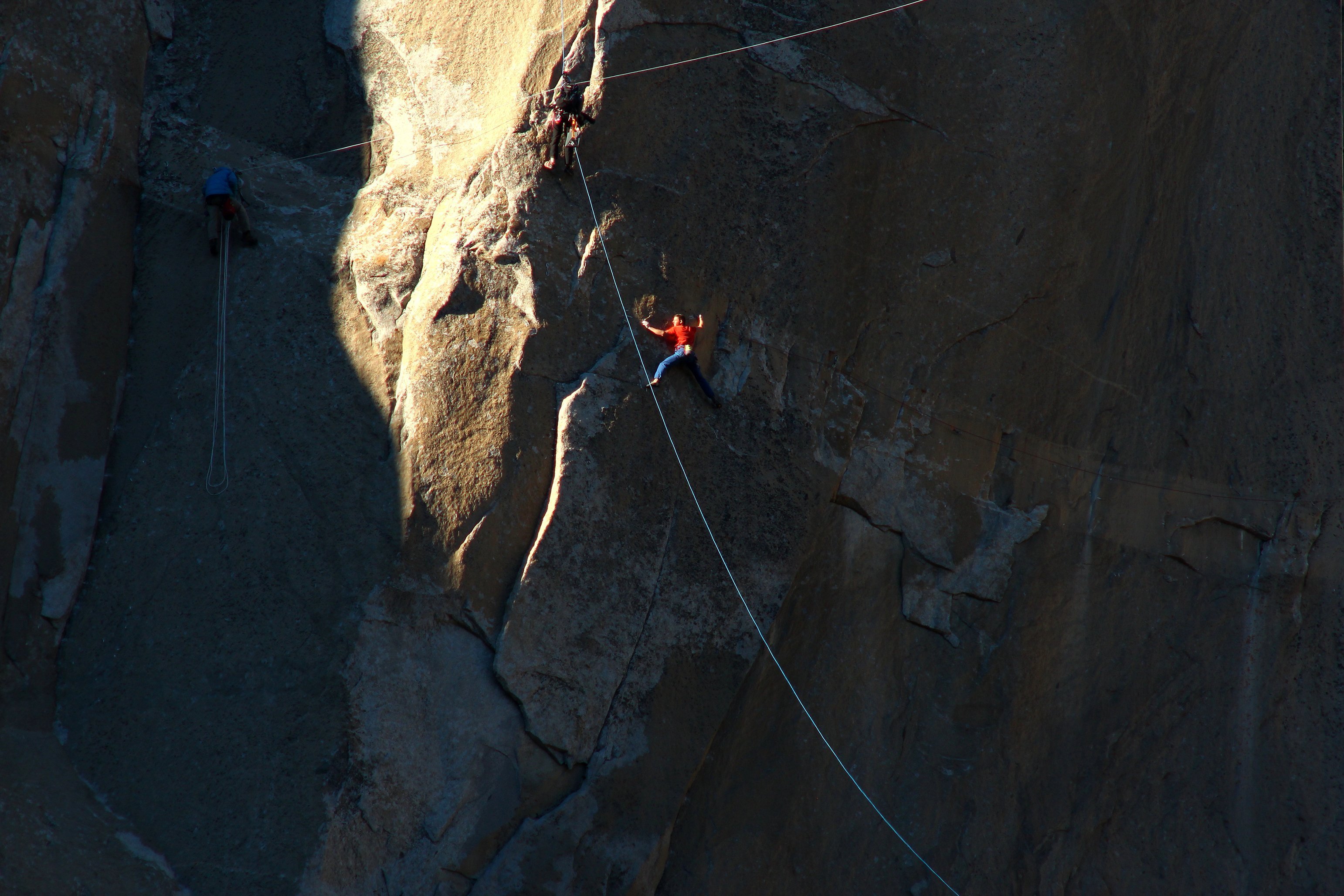 The worst injuries they suffered with small cuts to their fingers, he said.

The two began climbing on December 27 and didn’t leave the wall until they finished. They slept in hanging cots. Others sent them food when they needed it. They had safety ropes for the times they lost hold. (Free climbing “absolutely requires a rope,” but only to prevent falls, not as a means of climbing, the American Alpine Institute’s Jason Martin explains on the organization’s website).

Jorgeson, 30, said the two cheered each other on and exchanged bits of “beta,” or information, as they made their way to the top.

“This is spectacular,” Caldwell’s mother, Terry, told CNN affiliate KTLA. “This was his biggest project, his biggest dream. He called it his ‘Moby Dick.’ … He kept saying, ‘I don’t know if this is possible; I’m just going to keep working on it.'”

There are more than 100 routes up El Capitan, but only a handful have been attempted by climbers trying to free climb.

“So proud of @TommyCaldwell1 and @KJorgeson for conquering El Capitan. You remind us that anything is possible. -bo,” President Barack Obama tweeted.