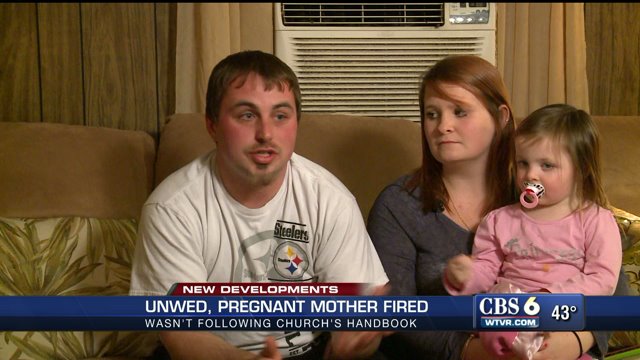 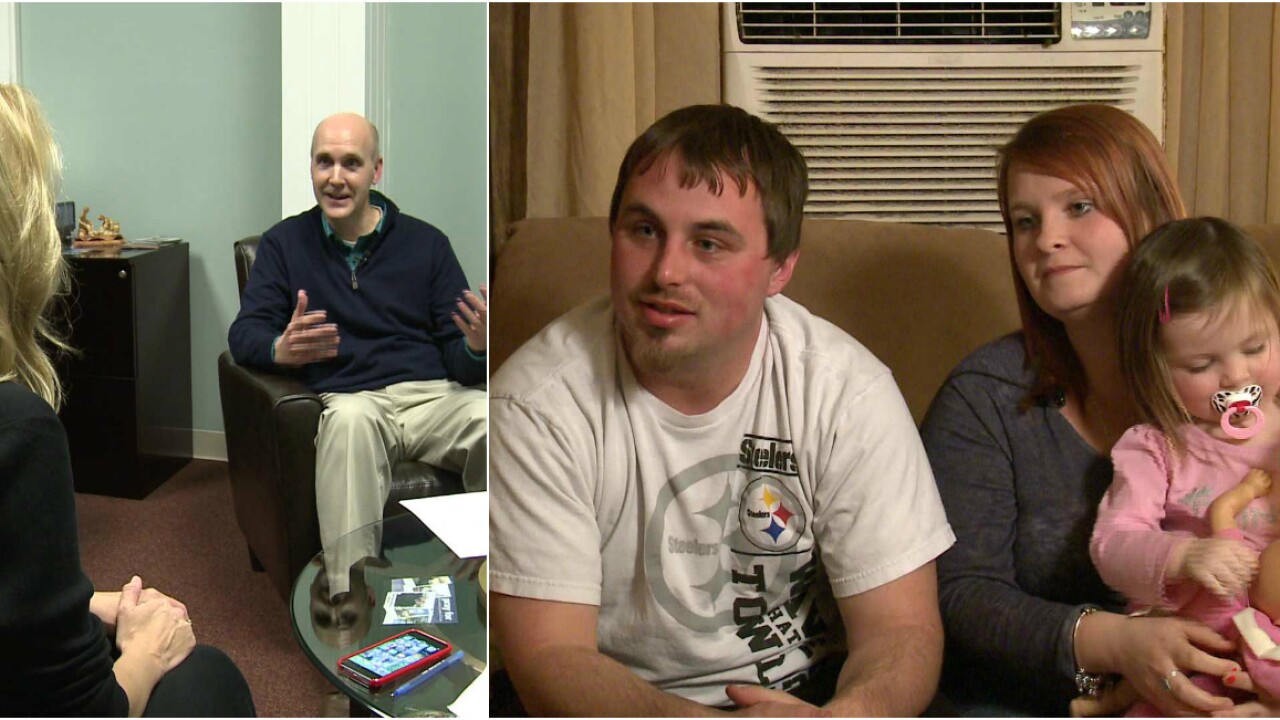 HENRICO COUNTY, Va. -- Apryl Kellam said on Monday, she received the phone call that she expected. The caller told her that she was being fired from the church daycare where she had worked since September because she was in violation of church policy.

"It hurts because I've grown up in a Christian home and Christian church my whole life," Kellam said.

Kellam said her supervisor at Staples Mill Road Baptist Church had warned her since October that she needed to marry her fiancé , James Coalson -- or at least announce a wedding date by this week. The couple is expecting a baby in April has has children from previous marriages.

The parents said they were floored by the request because they intended to marry when the time was right for the family.

"I want to wait so we can have all our family and friends there and have a big wedding,” Kellam explained. “I just don't want to go to the courthouse and have someone marry us."

On Monday, the church defended its decision, saying it was difficult not being able to tell the church’s side of the story. Pastor James Booth said that he was bound by confidentiality laws because this is a personnel matter. However, Booth said the church’s policy does not discriminate against single women or unwed mothers.

"We have a number of single moms who serve well." - Pastor James Booth

However, Booth said all employees are required to sign an employee handbook at the time of employment -- a moral code of conduct -- that clearly states expectations for employees.

"People are calling us judgmental, but that's judgmental, to say we're being judgmental when they don't know us,” Booth argued. “They don't know our heart.  We’re not trying to be hurtful, we're just following our personnel handbook which is rooted in our statement of faith and our biblical beliefs.”

Booth said that the church has not faced a similar dilemma and he believed the church’s policy was within their legal rights.

Kellam argued she never received or signed the employee handbook and was unaware of the church’s policy until after she was hired. She also claimed she was upfront with the church about her living situation at the time of her employment.

"She shouldn't have been hired," Coalson said. The couple said they would consider taking legal action.

While Kellam and Coalson said they understand the church’s policy regarding morals, they added they’re having a hard time understanding the reasoning behind Kellam’s termination. Kellam said she received a glowing job review on Thursday, and was even given a raise.

"The only one who can judge me is God himself," Kellam said.