PETERSBURG, Va. — Police are looking for three men who robbed the RadioShack on South Crater Road in Petersburg. Pictures released by police showed someone in the store lying on the ground while the masked robbers helped themselves to cash and electronics.

The men drove off in a silver Pontiac Grand-Am, police said.

Police released the following descriptions of the three suspects: 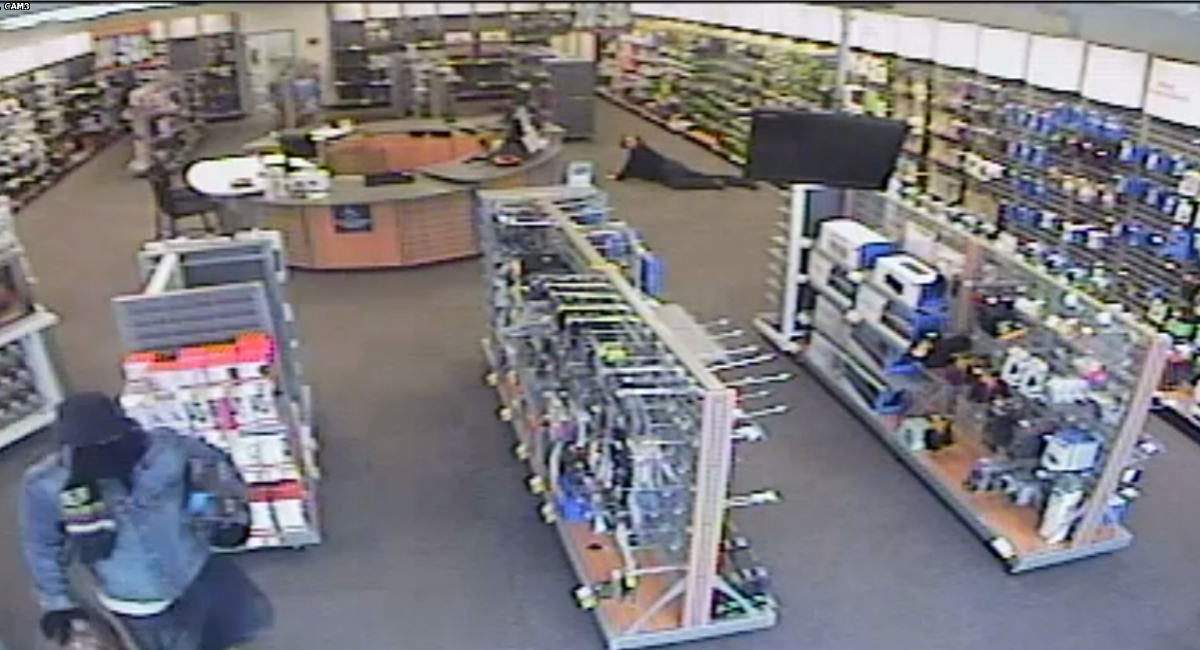 Anyone with information about this crime is asked to call Petersburg Dinwiddie Crime Solvers at 804-861-1212 or submit a tip online.