Neighbor acts quickly to save family from massive fire

"It's a life changer, I can say that," said Charles Bish.

Bish said he lives in the home with several other family members, including his nine-month-old infant.

Investigators told CBS 6 the fire started at the back of the home and spread to the building's attic. The cause of the fire remains under investigation.

However, because of where the blaze began, Bish thinks it was arson.

"If there's a fire, you hit the back door.  Somebody knew that was our escape route," Bish said.

CBS 6 has reached to the Petersburg Fire Department about this potential cause, but has not heard back yet.

A person who lived in one of the apartments ran out to alert a family who lived next door.

"I said, 'We got to get the lady out of the house next door,'" Nikki Morton said.

Morton, who lives near Centre Hill Ct., banged on her neighbor's door to get them out of the house as the flames encroached.

"They came to help us, so that was really, really nice," said Ella Dickenson, who owns the house next to the fire.  The roof in her bedroom caved in, but there was limited damage elsewhere.

No one was injured in the fire, but Bish and his family are displaced.  The Red Cross is helping them out. 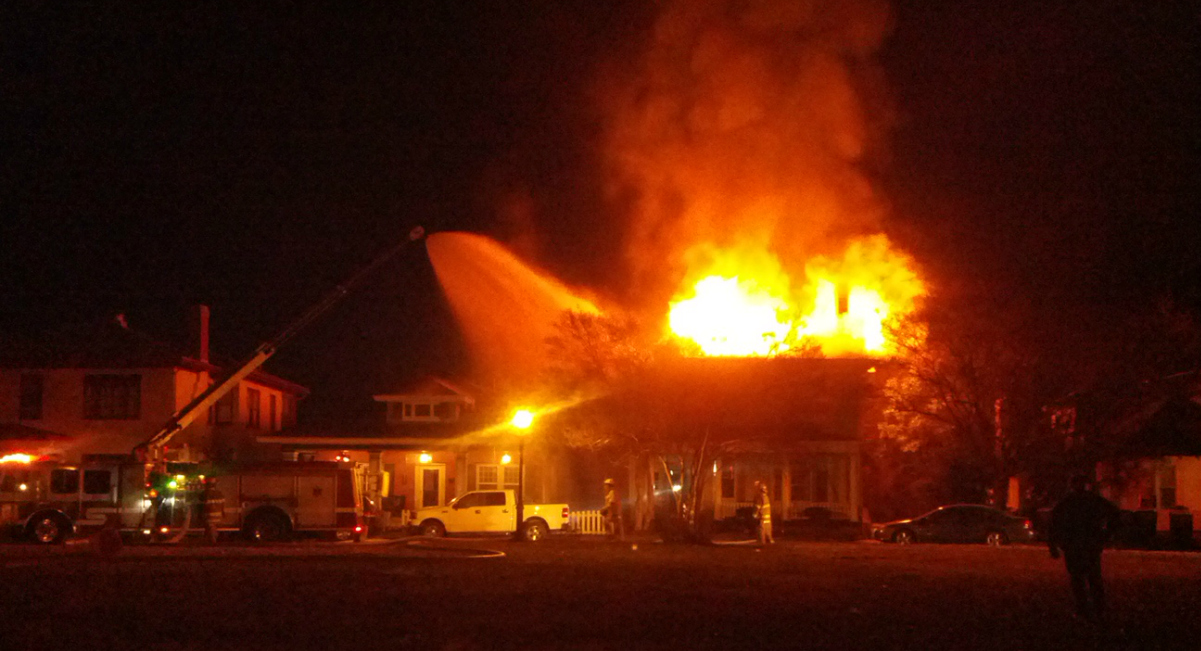