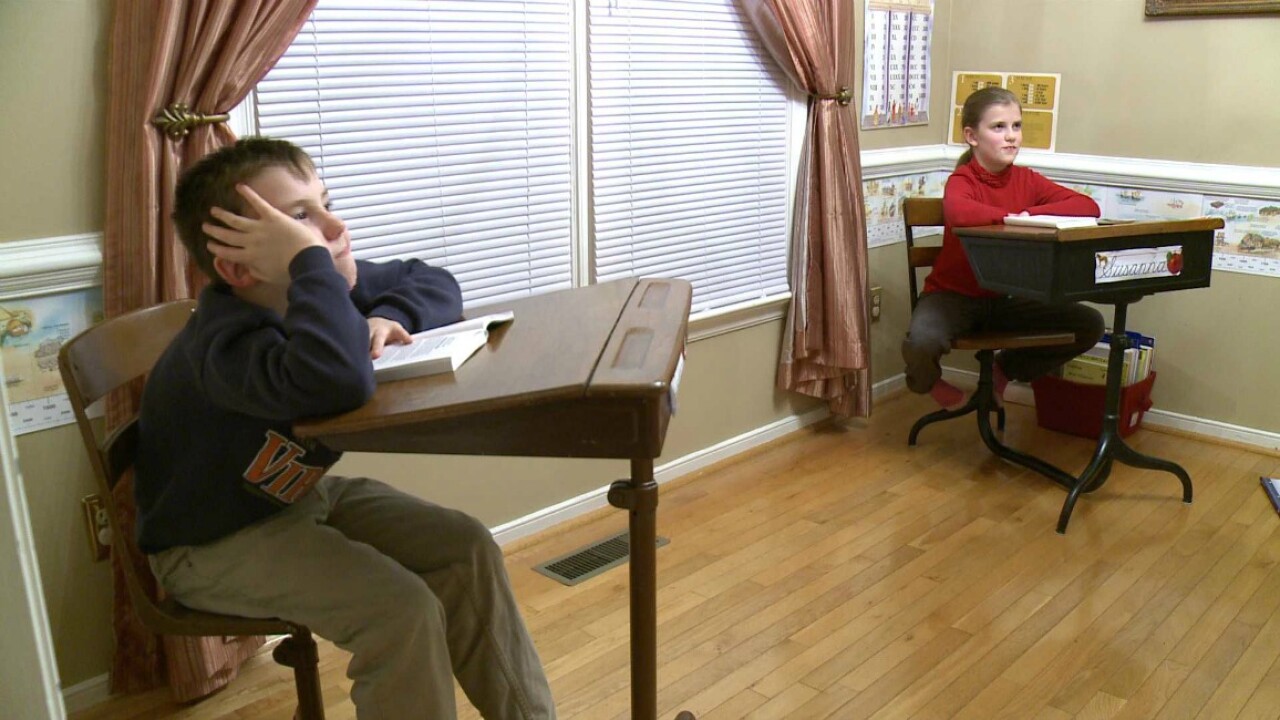 GOOCHLAND COUNTY, Va. -- A policy approved by the Goochland County School Board in 2013 has several parents who home school their children upset.

The policy requires children ages 14 and up who want to be home schooled to provide a statement about their religious beliefs to the school system.

As part of that, the board reserves the right to bring the child and his or her parent in for a hearing.

Parents Kevin and Katrina Hoeft decided not to send their kids to the county’s public schools for religious regions, and are not happy with the policy.

“For a 14-year-old to be threatened to have to come before the school board to explain or justify his or her religious beliefs?” an incredulous Kevin Hoeft said.

The Home School Legal Defense Association said the policy violates Virginia law. State law allows children undergoing religious training to be taught at home without having to defend their beliefs.

But, School Board Chairperson Michael Payne said that the system’s legal advisor said the policy is legally sound. Still, he said the board will review the policy at its meeting next Tuesday and welcomes comments from the public.

Payne, who voted against the new policy, also said state law on the issue is very vague, and he would like the General Assembly to clarify the law for school districts.