Report: 3 men in custody for shooting of NYPD officers in the Bronx 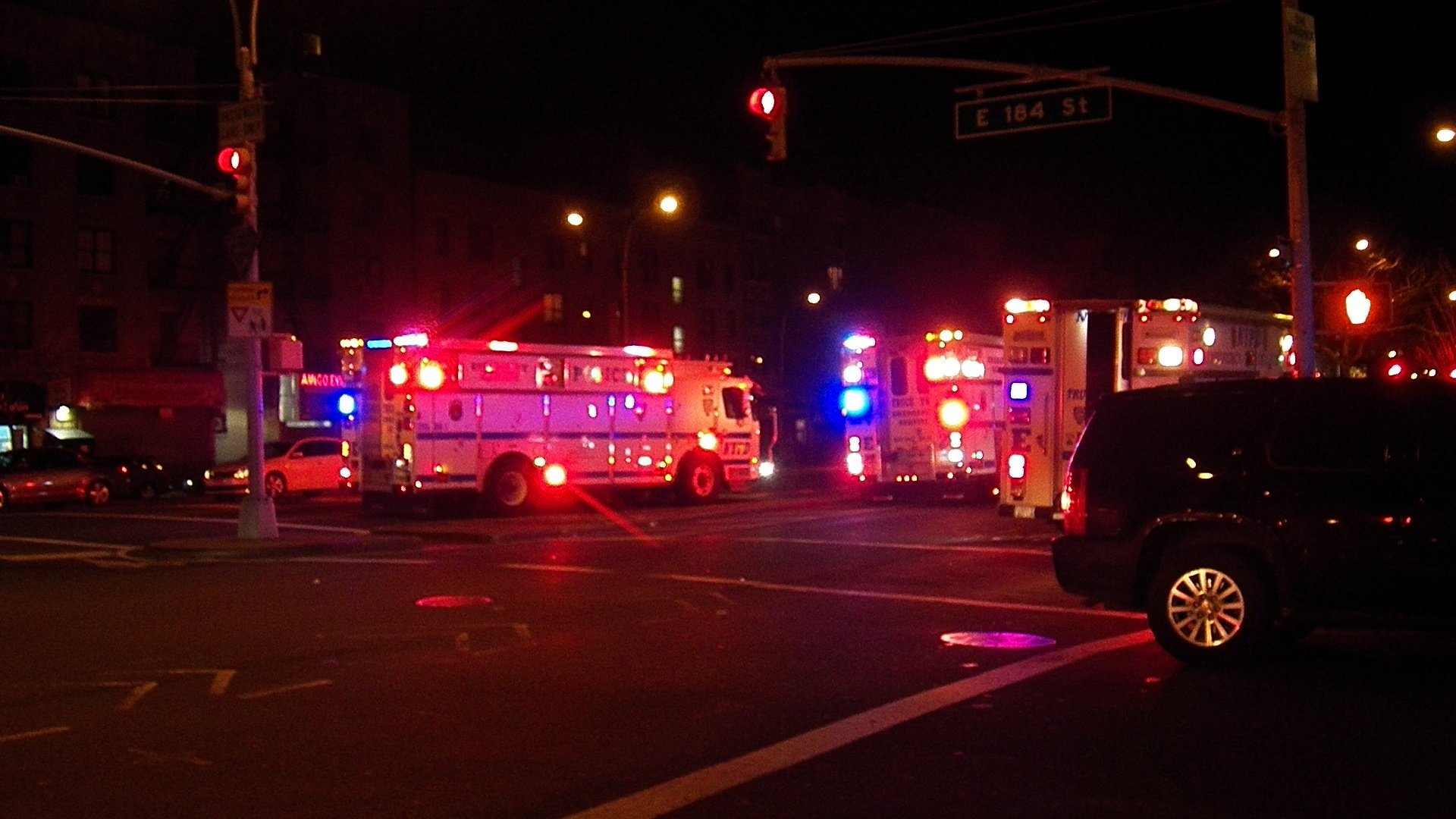 Three men are in custody in connection with the shootings of two New York police officers — including the suspected gunman, a law enforcement official said Tuesday.

The alleged shooter has been identified, but his name has not been made public, the official added.

The wounded officers spent Tuesday morning in the Bronx’s St. Barnabas Hospital. One of them, 30-year-old Andrew Dossi, is in critical condition following surgery after being shot in the arm and lower back, according to police. The other, 38-year-old Aliro Pellerano, is in stable condition with gunshot wounds to the chest and arm.

“This is another indicator of the dangers our officers face in the line of duty,” said New York City Mayor Bill de Blasio, who has found himself at odds with some in his police force in recent weeks. “Thank God, these officers will recover.”

Monday night, authorities located the white Camaro that two suspects carjacked a block from the shooting, as well as a revolver, but no one was inside the vehicle.

A $12,000 reward was offered for information leading to the bearded man — pictured in a surveillance video from inside a take-out Chinese restaurant moments before the shooting — who, police say, shot at the officers.

This framegrab from video released by the New York Police Department shows one of two suspects wanted by police for the shooting of two plainclothes officers Monday night, Jan. 5, 2015. One suspect (shown) stayed inside a chinese restaurant while the officers approached the second on the street. During that time the suspect inside the restaurant fired upon officers, injuring them.

The call about an armed robbery at a Bronx grocery store came in around 10:30 p.m. Monday, as five plainclothes officers were coming off their shift. The officers were off duty and heading home when they responded to the call.

Rather than going home, the police went to look for the criminals — something that de Blasio described as “extraordinarily brave and … part of their commitment.”

They spotted two men who were the suspected robbers, based on descriptions called in to police. Two officers approached one of the suspects on the street.

The other went inside a Chinese restaurant. Surveillance video, released by police, shows him at the counter, speaking to a person behind a window. The man then abruptly turns around, pulls out a gun and charges out of the take-out establishment with it pointed forward. Police believe he was the lone shooter.

Officers returned fire, with two of them shot in the exchange. Police Commissioner William Bratton said that one of the suspects may have been struck as well.

Still, both managed to get away — fleeing on foot for one block and then carjacking the Camaro.

#NYPD source tells @PIX11News that two men have been arrested in the #Bronx in connection to #NYPD shootings.

At tense time for police in city

Sometime after the shooting, a man checked himself into an area hospital with a gunshot wound to the back.

The 28-year-old man, who is on parole for robbery, is believed to be connected to the shooting and robbery, a law enforcement official said. He is not believed to be the shooter and has not been identified.

The incident happened just south of Fordham University, an area hardly unfamiliar to violent crime. John Cardillo, who patrolled the area when he was a police officer, called it “a rough neighborhood in the ’90s, and it still is today… (It had and has) armed bad guys with the propensity to shoot someone.”

No one has detailed the suspects’ motives, both for the robbery and shooting at police. But the incident has gotten heightened attention given when it happened — at a time of large-scale anti-police protests after a grand jury decided not to indict a white New York police officer in the death of Eric Garner, an African-American man.

Even if it’s too early to tie it to this incident, experts in the law enforcement community have expressed concerns that such sentiment — views supported in some respects, according to some police, by Mayor de Blasio — will encourage violence against police. That’s what happened, they say, when Ismaaiyl Brinsley fatally ambushed NYPD officers Rafael Ramos and Wenjian Liu last month as they sat in their patrol car.

“When the rhetoric turns anti-police, the police are concerned that people on the street, it’s going to increase the already existent lack of respect in certain segments of the society — including armed robbers … and other violent criminals,” said CNN law enforcement analyst Tom Fuentes, a former FBI assistant director.

De Blasio has become a focal point for supporters of law enforcement, with some police even turning their backs on him at Ramos’ and Liu’s funerals because of their perception that he’s been overly supportive of protesters and critical of police.

“The relationship is toxic (and) almost irretrievable in some respects,” CNN political commentator Errol Louis said of the mayor-police dynamic. “… This is not a good atmosphere.”