Police searching for suspect after double shooting at Henrico hotel

HENRICO COUNTY, Va. -- Two people are being treated for gunshot wounds at area hospitals after shots were fired at 1:30 a.m. at the Richmond Grand Magnuson Hotel in Henrico County.

According to a Henrico County Watch Commander, the call came in around 1:30 a.m. at the hotel's 6531 West Broad St. location.

Two people suffered gunshot wounds and both were transported to area hospitals with non-life threatening injuries.

Police said they have not found the person responsible and have not released a suspect description.

A shattered door was the most direct sign of a shooting inside the hotel. Customers were told to stay in their rooms while officers sweep the building looking for the shooter.

Even though police have not confirmed a party spurred the shooting, one hotel regular had little doubt the two are linked.

Investigators said they will continue to follow up on leads.

This is a developing story. Stay tuned to CBS 6 and WTVR.com for more details. 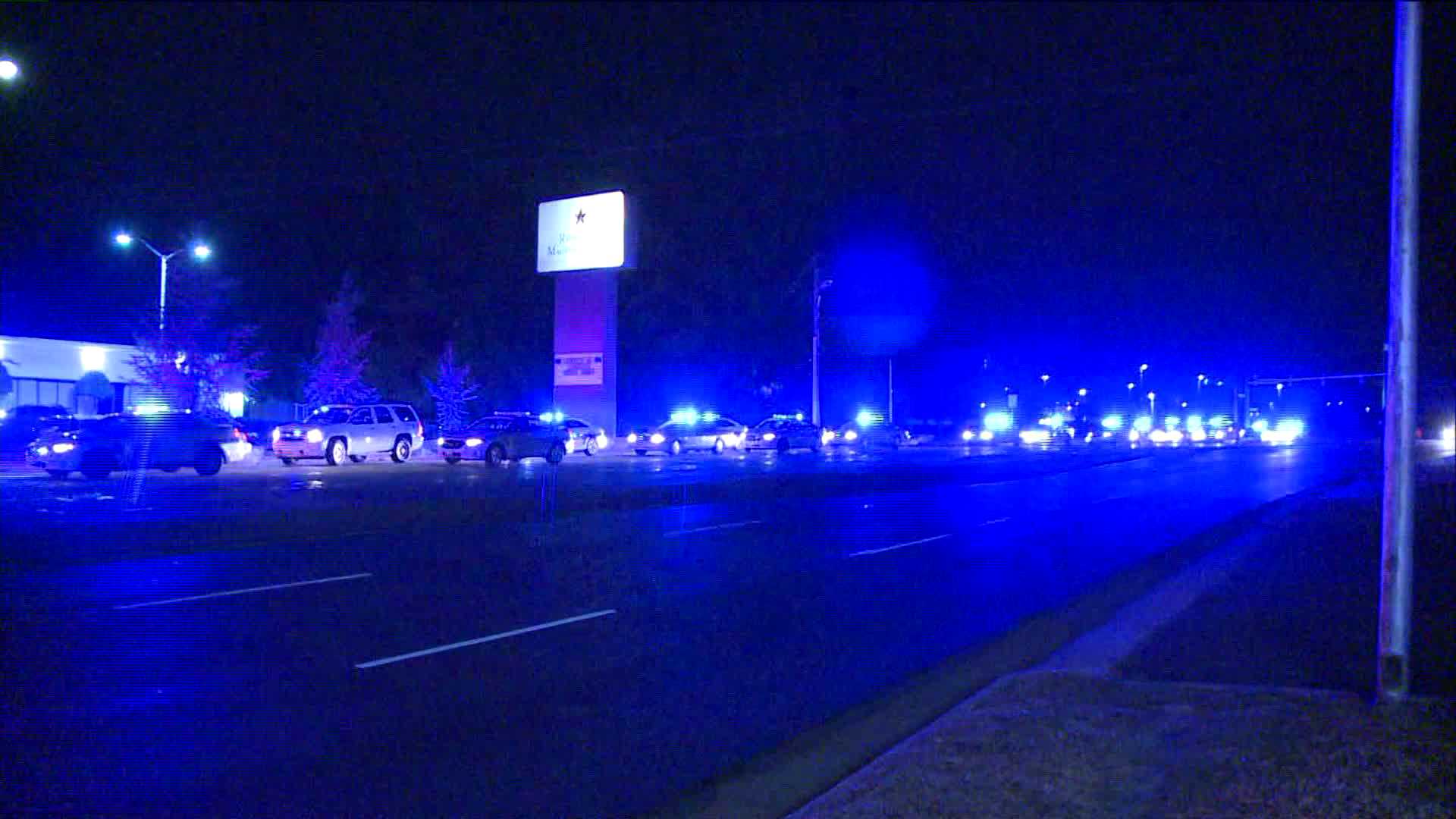