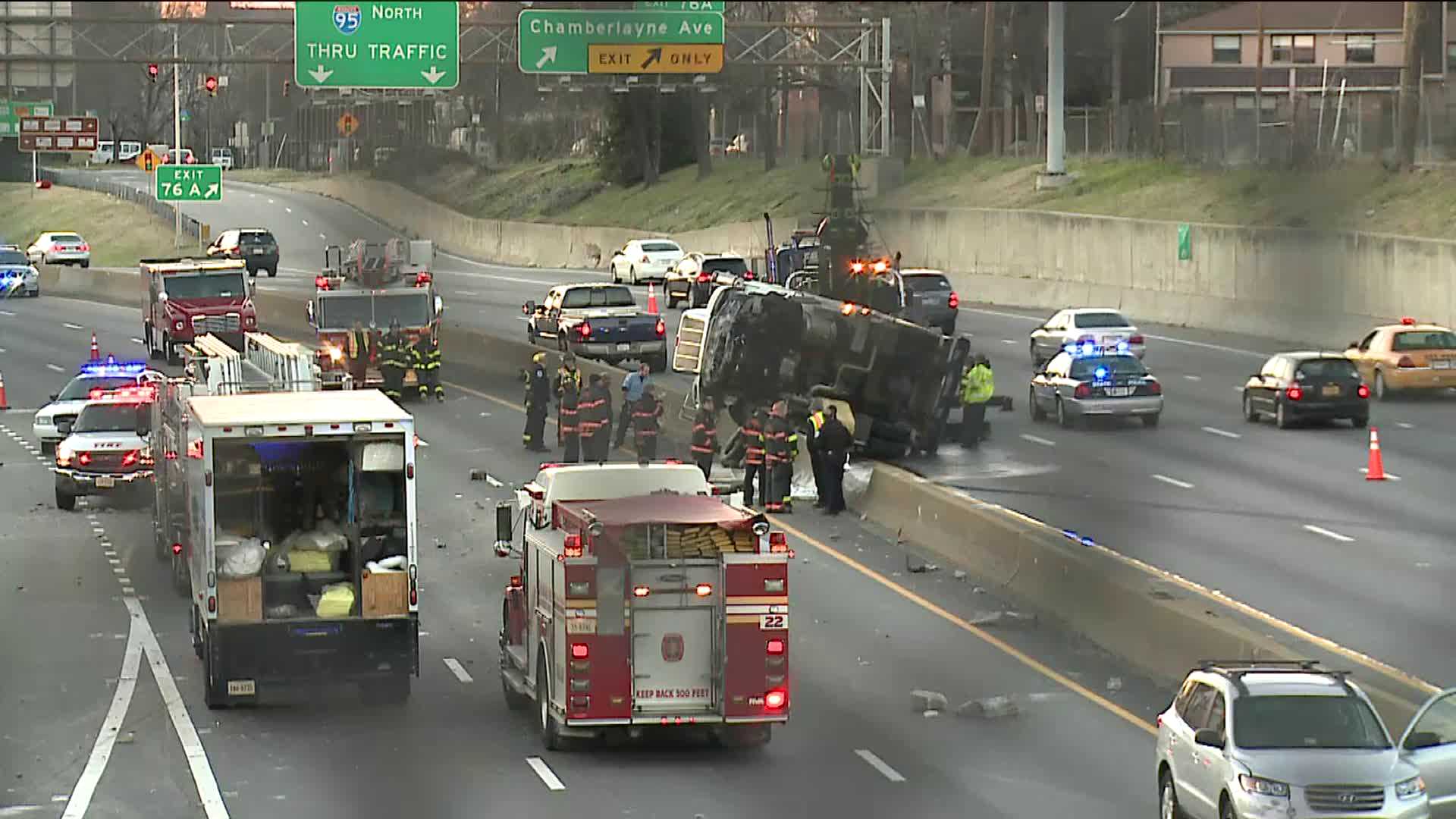 RICHMOND, Va. — A four-vehicle wreck involving an armored truck that smashed into a jersey wall on I-95 snarled traffic coming in and out of the city Tuesday afternoon.

The wreck happened on Interstate 95 southbound, just south of the I-64 interchange (mile marker 75) around 4 p.m.

As of 7:15 p.m., all lanes had reopened and the backup had cleared, but at one  traffic was backed up more than five miles in each direction.

State troopers said there were no serious injuries.

A CBS 6 crew captured crews working to remove the armored truck from the jersey wall.