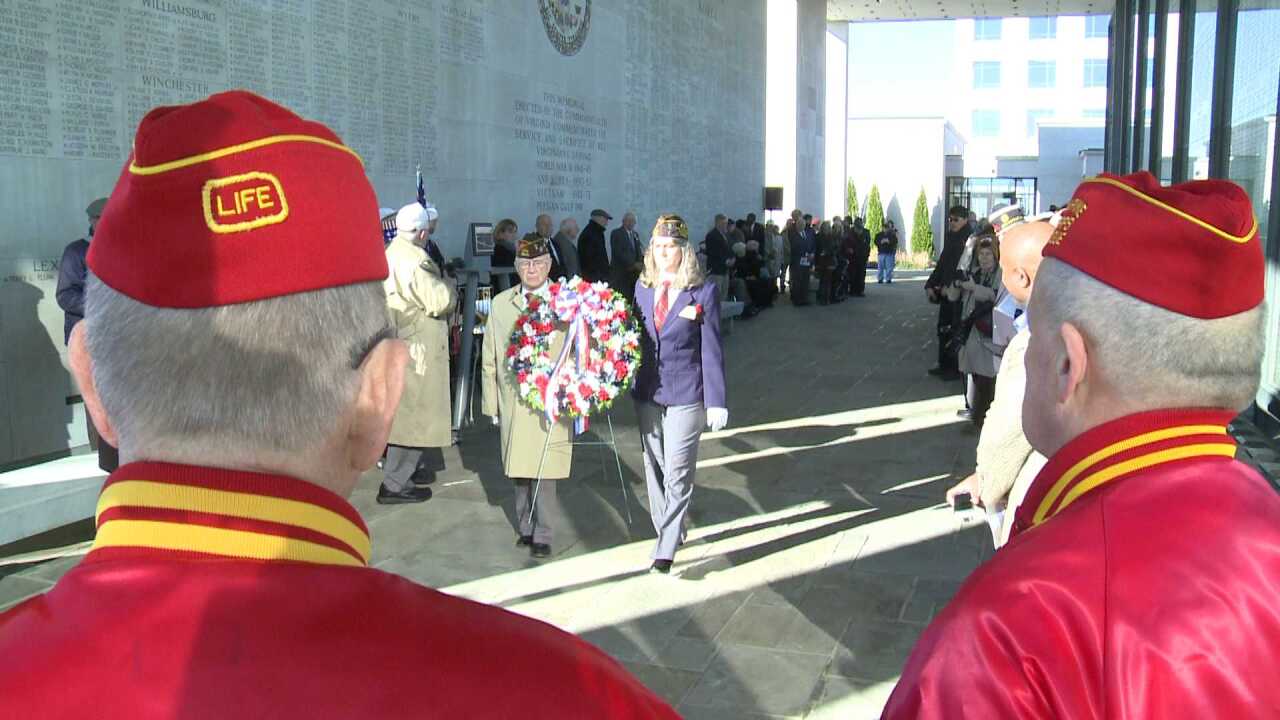 President Franklin Roosevelt said December 7, 1941 was a date "which will live in "infamy."

For 94-year-old Bill H. Thornton, that day changed his life.

"I was below decks during the attack when we came up topside it just didn't look real," Thornton, who was an electrician on the USS Tennessee during the Japanese raid, said.

More than 2,000 Americans lost their life during the Pearl Harbor attack including 44 Virginians. The USS Tennessee was docked just feet away from the USS Arizona which saw the most casualties.

"After they made the announcement that we were being attacked you knew we were in the war," Thornton recalled.

Sunday, the Virginia War Memorial honored Thornton, along with other survivors of the attacks. Those survivors included  Suze Henshaw, who was a 13-year-old eighth grader at nearby boarding school when the first bombs dropped.

"I could hear the bombs, I could see the black smoke," Henshaw recalled. "My life completely changed that day."

Henshaw said her father died indirectly as a result of World War II, suffering a stress-related heart attack just one year after his WWII deployment ended.

But for Henshaw and Thornton, the sad reality is that this day is losing some of its significance. That's because younger generations identify more with Sept. 11 than with Dec. 7.

"It makes you a little sad, but it was bound to happen," Thornton said.

Thornton, who turns 95 at the end of the month, said he hopes all Americans begin to take it upon themselves to make sacrifices in the name of protecting  liberty -- and not just the troops.

"When World War II started everybody was willing to help -- even saving tin cans and stuff like that -- and you wouldn't see that today," Thornton said.