Authorities evacuated thousands from a Chicago-area hotel Sunday after guests complained that a noxious order was spreading.

Now detectives are investigating, and police say it appears that "an intentional act" was behind high levels of chlorine gas that forced the evacuation at the Hyatt Regency O'Hare in Rosemont, Illinois, early Sunday morning. The hotel was hosting the Midwest FurFest, a convention where many attendees don animal costumes and "celebrate furry fandom, that is, art, literature and performance based around anthropomorphic animals," according to the event's website. 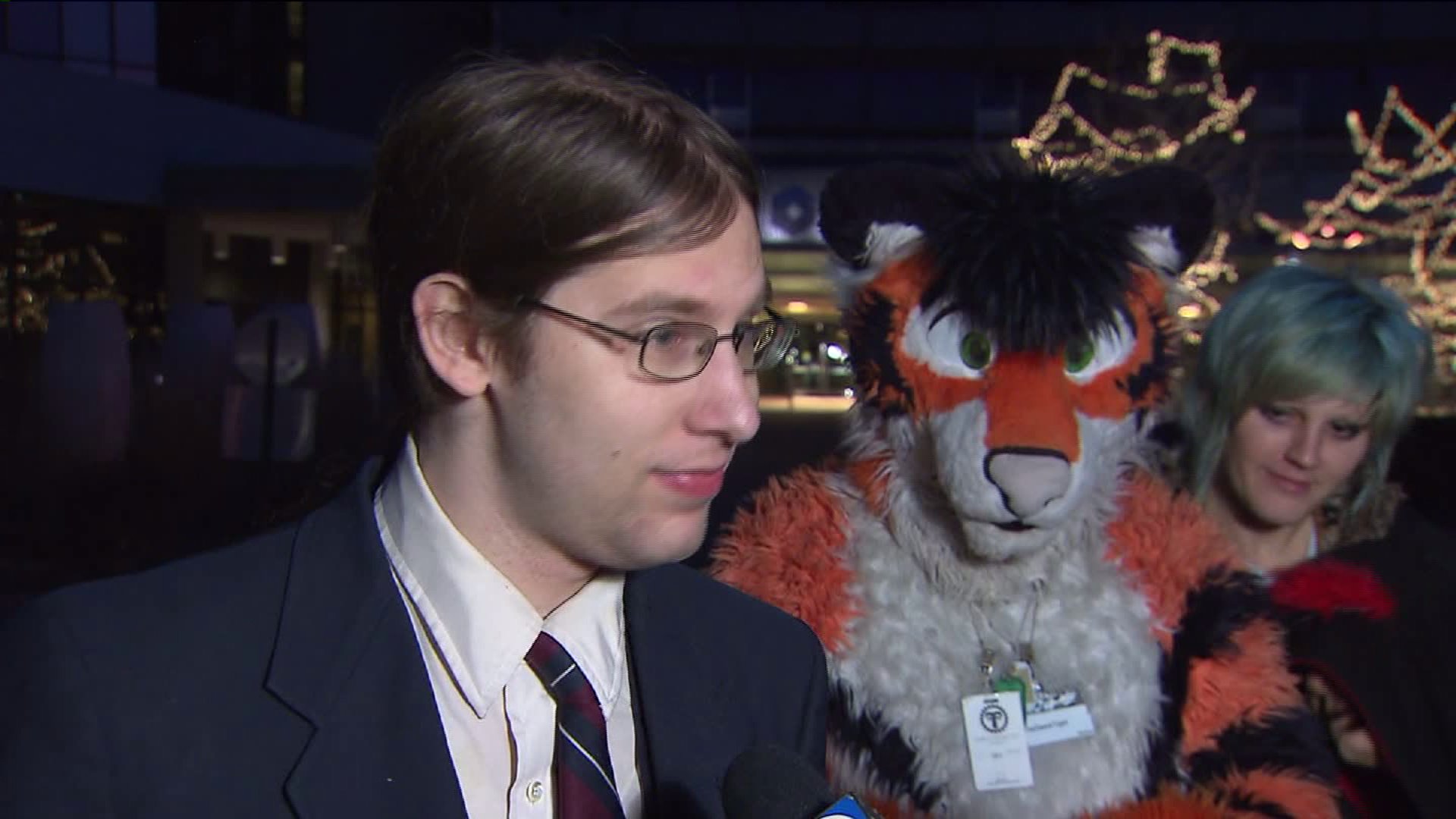 Nineteen people who suffered from nausea and dizziness were treated and transported to area hospitals, officials said.

"This incident is being treated as a criminal matter," the Rosemont Public Safety Department said in a statement.

On Twitter, organizers of the annual conference said they were looking for tips about what happened.

Investigators detected a high level of chlorine gas in the air when they arrived at the hotel around 1 a.m., officials said.

Hazmat teams found the source of the smell in a stairwell on the hotel's ninth floor: a "substance, consistent in odor and appearance to powdered chlorine," the public safety department said.

In a statement Sunday, convention organizers said guests were allowed to return to their rooms several hours after the evacuation.

"In the course of investigating the scene, the Rosemont Police Department determined that this was a criminal act and began investigating it as such. This delayed allowing our guests back into the hotel," the statement said, describing the situation as an "unfortunate incident."

Refunds will not be offered, organizers said, "because this was an unforeseen possibly criminal act."