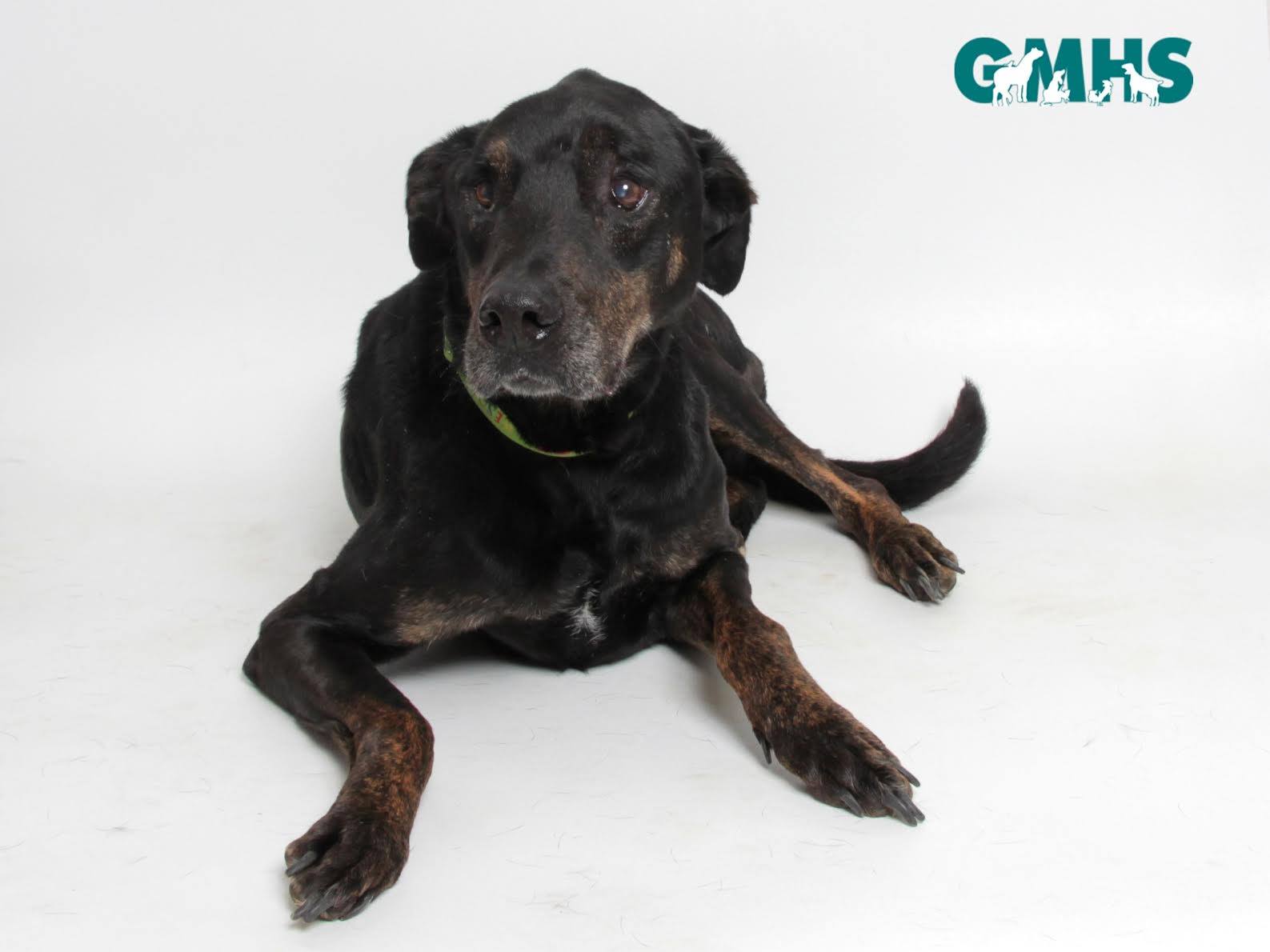 “Can you believe that visitors who see him at his shelter have the nerve to call him ‘ugly?’ He’s been looking for his home since January. He needs a human!” the post began.

A volunteer wrote, “Tristan has been at the shelter since January and is getting increasingly more depressed.

The first thing shelter staff and volunteers hear everyone say about Tristan: ‘He really isn’t a very good looking dog is he?’ This is almost always followed with ‘He looks like he isn’t being taken care of.’ Tristan is a bit unconventional looking, it is true. He is the definition of gangly, he is losing some of his hair on his hips, and one side of his skull is concave (we believe he was born that way – his eyesight is not affected). I spoke with our adoption coordinator and he receives literally zero interest. He is a big guy, a doberman mix, black, and most people say he is ugly.

He was surrendered because his previous owner passed away. He was severely depressed, he wouldn’t eat much and he started losing his hair. The shelter staff and volunteers stepped up in a big way, spent time with him, and tried to help him integrate into the shelter. He eats better now, but he is still one sad puppy.

He is a sweet guy and pretty low-key energy wise. He pulls initially out of his cage, because he is ready to sniff around, but once he has been loose in the pasture for about 15 minutes, where he mainly ambles around sniffing everything, he walks well on a leash. When he wants his chin scratched, he comes and hides his face in your leg.

Anyone interested in adopting Tristan is asked to call the Gloucester-Mathews Humane Society at 804.693.5520 or you can email them here.