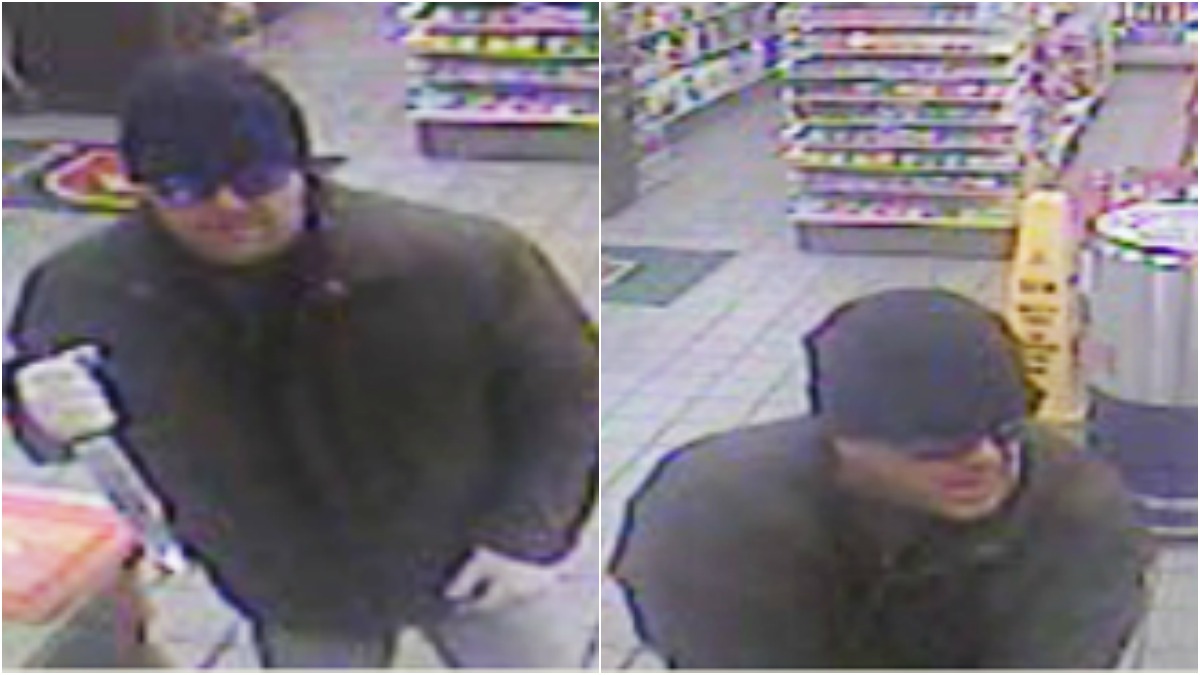 After the robber received an undisclosed amount of cash, he drove off in a blue car.

The suspect is described as a white male, five feet nine inches to six feet tall and weighing 200 to 250 pounds. He was last seen wearing light blue jeans, a dark coat, glasses, white gloves and a dark stocking cap.