FISHERS, Indiana -- An Army veteran paralyzed in a motorcycle accident two years ago surprised his new bride when he stood up and danced with her at their June wedding. Video of their dance spread quickly across the internet on Veterans Day.

"Everyone was crying in the room. It was so amazing to be eye to eye with him again and such a dream come true," bride Michelle Johnson told ABCNews.com.

Jennifer Davis, the LinneaLiz photographer who snapped photos of the dance, told Fox59.com the bride couldn’t believe what she saw.

"When Michelle walked in the whole room was quiet, she had no idea what was going on. She saw Joey standing and she had a giant smile on her face which quickly turned to tears. Everyone was in tears," Davis recalled. 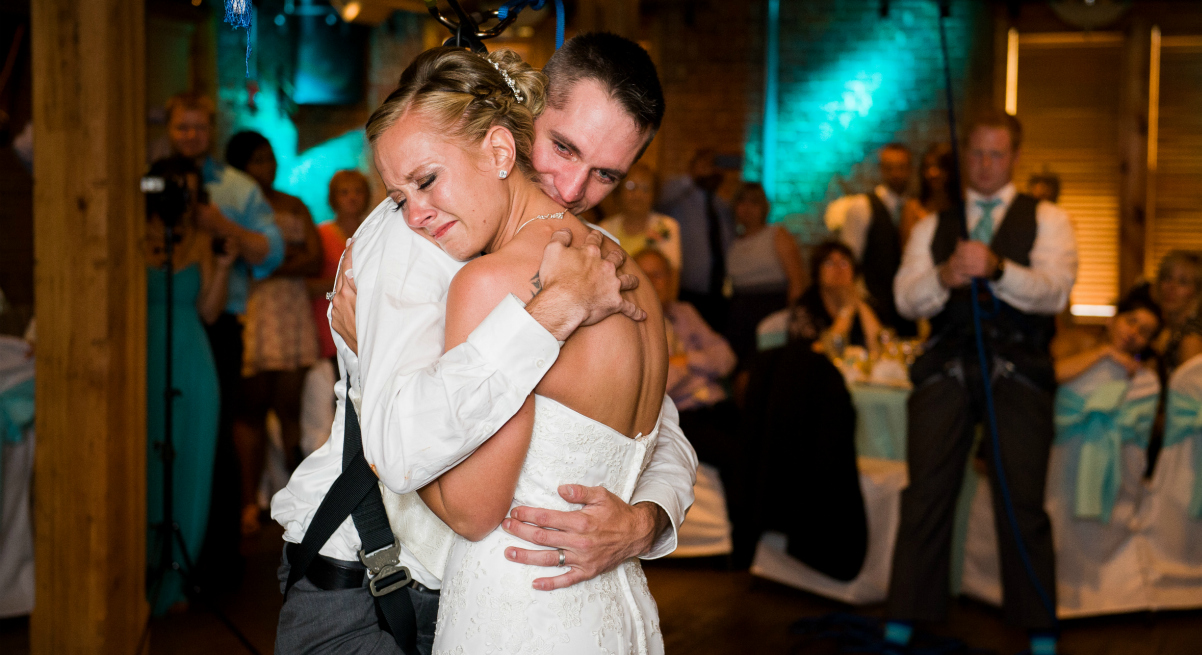 Sgt. Joe Johnson, who served in Afghanistan, suffered a spinal cord injury in a motorcycle accident shortly after returning from overseas.

He suffered from post-traumatic stress disorder after serving in Afghanistan and rode motorcycles for the rush.

He can't feel anything below his chest and is confined to a wheelchair.

Michelle is a wedding planner in Fishers and planned their whole wedding, but there was one special surprise she didn't know about when they tied the knot in June.

Johnson and his friends created a harness that would allow him to stand for their first dance.

"Joey had been planning the dance for months and having his military groomsman literally supporting him added even more to the emotion in the room," Davis said. "The dance was a beautiful moment to not only capture but to experience."