EXCLUSIVE: Chief Longo talks about ‘most difficult 35 days of career’ in search for Hannah Graham 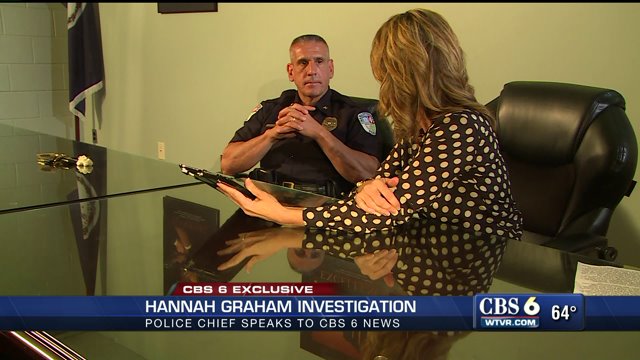 Laura French has the exclusive interview. 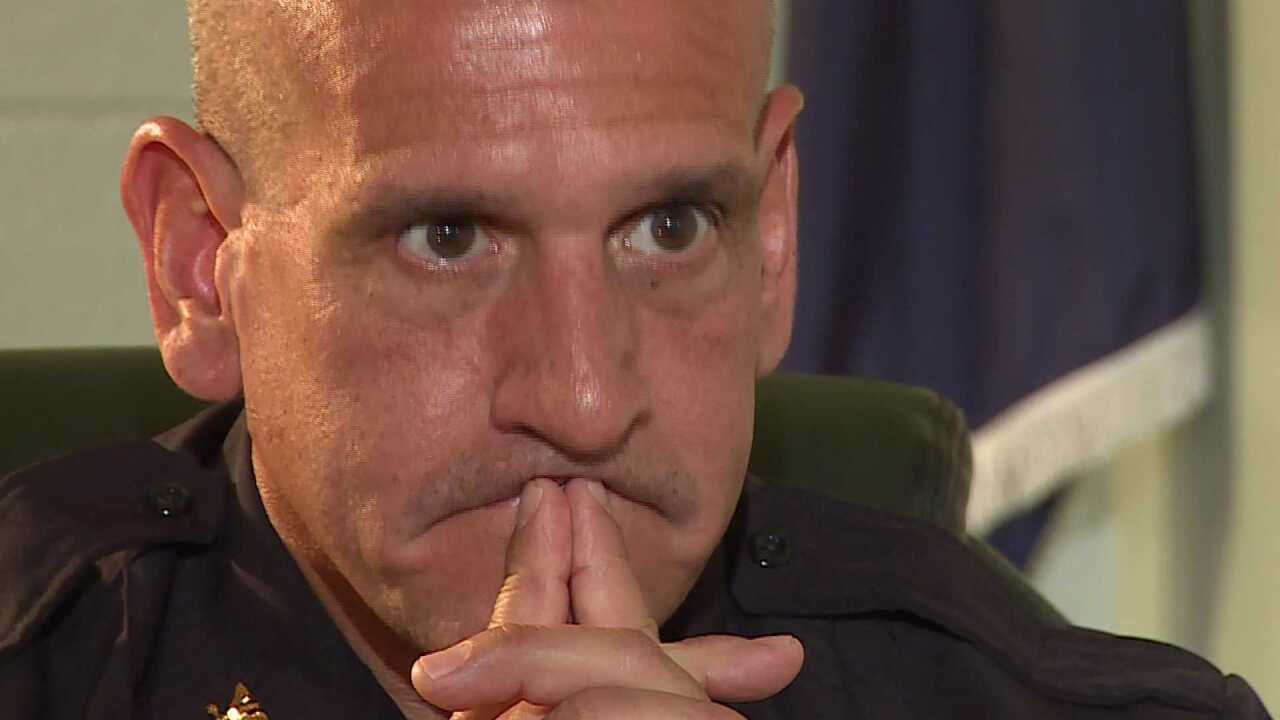 Chief Longo spoke exclusively to CBS 6 reporter Laura French, in his first interview since the search for Graham was called off.

On October 18, 2014, in front of an international television audience, Longo announced the search for Hannah had come to an end.

"How do you prepare for that? How do you?" Chief Longo asked. "It was one of the saddest moments of a career to know that at some moment in time, that someone will have to sit down with two very wonderful and special people and share news with them that they don't want to hear."'

Hannah Elizabeth Graham with her family

Life as the Graham family of four changed in the early hours of September 13, 2014.

Chief Longo made his own pleas during those stressful days, "Pick up the phone and tell us something!" he begged, "If that young lady has touched your life in any way you have the responsibility to help us find her!" Longo added.

And then, the world heard the name Jesse Matthew from the Chief of Police. "In fact, I believe that Jesse Matthew was the last person she was seen with before she vanished off the face of the earth."

Hannah was the 18-year-old star athlete and student at the University of Virginia. She was the only daughter of John and Susan Graham. Hers was the name that would be ingrained in households around the world after she disappeared in the early hours of Sept.13, reported missing the day after when friends and family realized they had not heard from her, or seen her.

The last images of Graham were captured on Charlottesville's Downtown pedestrian mall.

Click here for all surveillance video released by officers in this case.

"You can't plan for this, you can't budget for this," says Longo. "The reality of it is, when it happens it's a logistical nightmare that requires a lot of support and a lot of effort."

That support to find Hannah came from around the globe. From well wishes on the web, to hundreds of search and support teams on the ground.

"Lots of people didn't have to be asked they simply raised their hand or they showed up and said what can I do what can I do to help this is about the character of this community," said Longo.

A community, volunteers and law enforcement with one common goal.

"I would tell them, I made a promise on your behalf, so help me fulfill that promise and they did," says Longo.

That enormous task was filled with many challenges and criticisms.

"You just have to stay focused on what your mission is, and the promise that was made and not listen to or be distracted by people who don't walk in these shoes who have never met me a day in their life," said Longo.

Some criticized the Chief for being too emotional and that he needed to stop using his hands so much when he talked.

"Let me make something clear, I can't talk without my hands," says Longo. "I've been passionate about life for as long as I remember."

"My mother, God rest her soul, she would say that's him, that's who he is, and if I can be faulted for that, I accept full responsibility."

Move on he did.

Ten says after Hannah's disappearance: "We obtained an arrest warrant for Jesse Leroy Matthew Jr. charging him with a class two felony of abduction with the intent to defile."

The very next day, Sept. 24, and many miles from Charlottesville, the prime suspect in Graham's disappearance was arrested on a beach in Galveston, Texas. A kidnapping suspect on the run was soon placed in custody, but his alleged victim remained missing. Each day without Hannah was getting increasingly harder on the Grahams, as well as the father of four -- Chief Longo.

"As a parent and as a husband I can't imagine," Longo said.

I asked if he was affected by cases like Hannah's, if they make him realize nothing can be taken for granted.

"Absolutely, absolutely, there are two things I say to my children every morning, it's, 'I love you and come home to me safely,'" an emotional Longo says.

That's an ending that the chief and law enforcement throughout the community wanted so desperately for the Grahams. But, as the world would find out Oct. 18, 2014, that's not how day 35 ended.

"Detective Sargent Mooney made a very difficult phone call and reached out to John and Susan Graham to share with them this preliminary discovery," said Longo at a press conference that Saturday.

The search for Hannah Graham ended on a vacant Albemarle county property, and even through their despair the Grahams released a statement [READ: Hannah Graham’s parents: The light UVa. college student ‘radiated can never be extinguished’]

In it, the Grahams acknowledged Chief Longo -- within the first paragraph.

When we first met Chief Longo he promised to find our precious daughter, Hannah, and during five long weeks his resolve to fulfill that promise never wavered. When we started this journey together we all hoped for a happier ending. Sadly that was not to be, but due to the tenacity and determination of Chief Longo, Hannah is coming home to us and we will be eternally grateful to him for this.

Longo responds to this.

It's what Longo says comes with wearing the badge, and it's how  the 34-year -veteran of the force, and his team, operate even behind closed doors.

"I've often said that we're privileged that, and I don't use that term loosely, we are privileged to serve as the intercessors in the best, but more often than not the worst, times of peoples lives," he says. "Sometimes that privilege can be a blessing when you help someone, in this case, a family work through, I won't say get through, work through, the worst time of their life and to be able to so that with dignity professionalism and respect is a privilege that every man and woman who wear a badge have the opportunity to experience."

It is what ultimately came with the promise he made to John and Susan Graham that mid-September day.

"We can come together for a common good and achieve a result, in this case that result was painful, it was very painful, it is very painful, but it's also a result that honors a commitment that was made," he says. "I don't know how that can't touch you, and it's touched me and continues to do so."

Longo concludes the interview by noting that this case is far from over; it is a work in progress and he urges everyone to be patient.

"There's is a lot left to this process, this investigation, and the things that surround that because of that we're not at liberty to discuss even the progress of those investigations," Longo says. "I hope at the end of the day when everything is said and done, as I do with all of the cases that we're engaged, that justice will prevail."

"We share in that ultimate goal and responsibility that at the end of the day justice prevails regardless of the outcome, that it be just. All we ask for is patience so that process can take its time and achieve the result we are working so hard to obtain," he says.

Forensic evidence links Jesse Matthew Jr. to the disappearance of Morgan Harrington, a Virginia Tech student who vanished from Charlottesville on Oct. 17, 2009. Her remains were found 101 days later.

Forensic evidence also linked Matthew to a 2005 sex assault in Fairfax. He was recently indicted for attempted capital murder, abduction with intent to defile, and sexual penetration with an object in the sexual assault of a 26-year-old woman, almost 10 years ago in Fairfax. His trial date for that case will be set soon.

Matthew's next court hearing in the Hannah Graham case is scheduled for Dec. 4.

All Hannah Graham surveillance videos can be seen here. All reports filed on this case can be found here.