CHESTERFIELD COUNTY, Va. -- Officials are investigating a deadly accident involving a semi carrying frozen turkeys and a car Sunday afternoon on the Varina-Enon Bridge on I-295.

Virginia State Police said the wreck happened on the northbound lanes of the bridge around 12:55 p.m. when a tractor-trailer slammed into a stopped car.

Officials said that the car was stalled in the middle of the road with no blinkers or lights on. By the time the truck driver, who was traveling at 70 mph, realized that the was stopped, it was too late.

Upon impact, the Jeep burst into flames. The driver, who was the only person inside the vehicle, died at the scene.

As a result, the semi driver, who was not injured, will not face any charges. 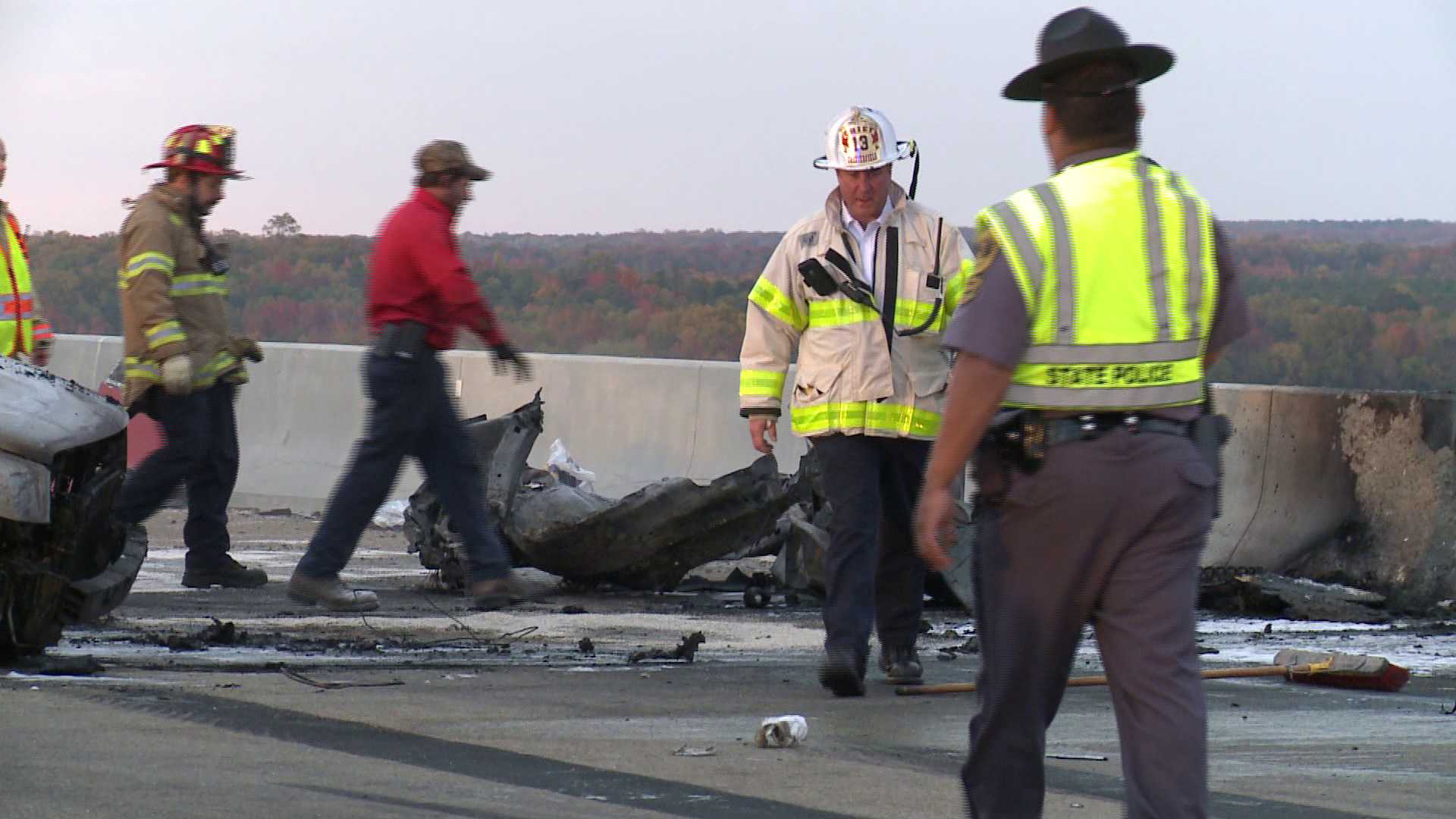 SB lanes of the Varina-Enon Bridge on I-295 have reopened. NB lanes are expected to remain closed for approx. 2 additional hours.

The accident shutdown all northbound, as well as two southbound, lanes of the interstate. At one point, traffic was backed up at least two miles.

Virginia State Police, as well as crews from Chesterfield and Henrico, were dispatched to the accident.