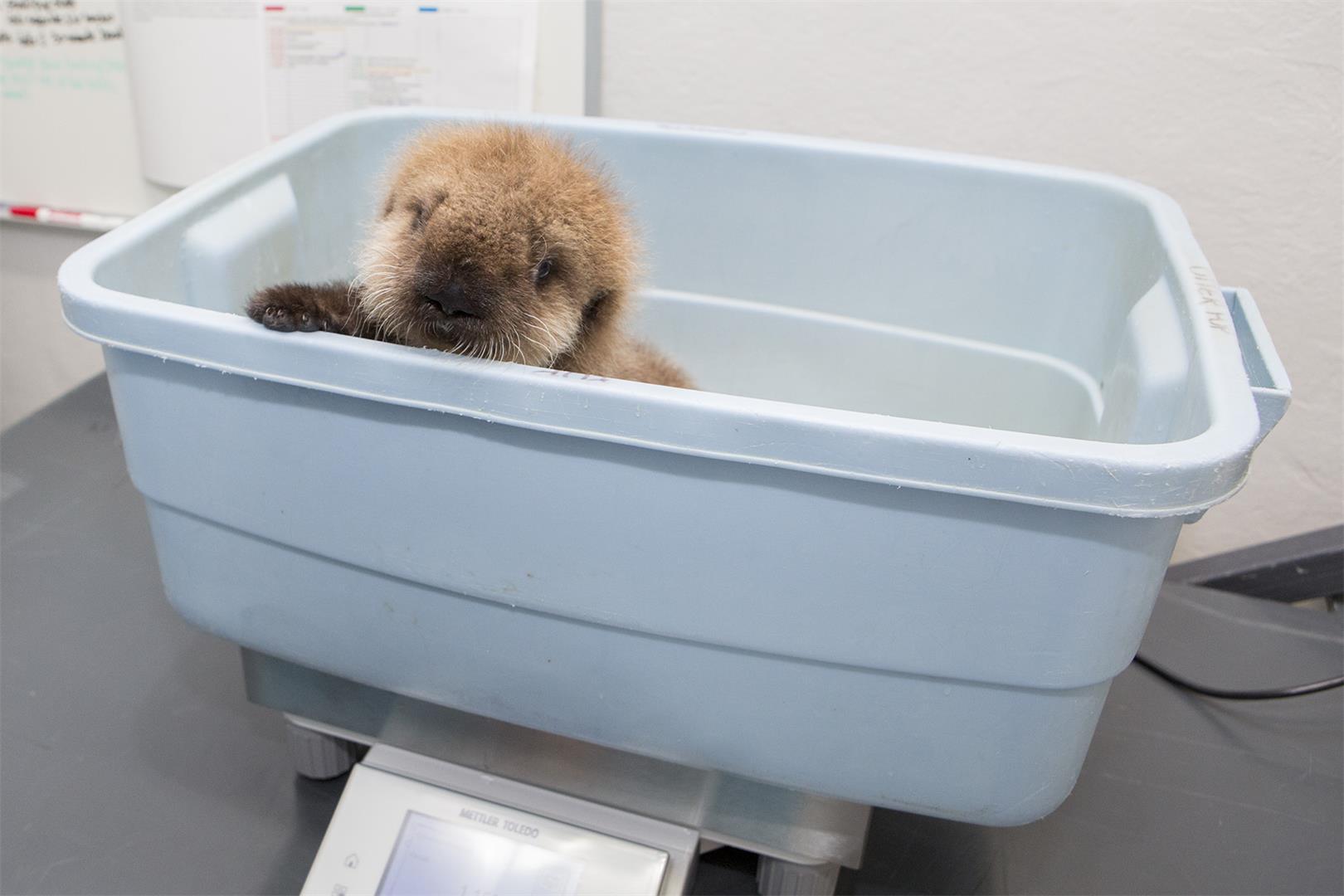 The Shedd, along with its partners at Monterey Bay Aquarium in California and US Fish and Wildlife Service, teamed up to save the orphaned southern California sea otter pup – referred to as “Pup 681.”

The 6-pound, 22.6-inch long female pup arrived at the Shedd last Tuesday, after spending the first four weeks of her life being stabilized at Monterey Bay Aquarium in California.

“Pup 681? was found on September 30 and estimated to be only one-week-old and weighing just over 2-pounds.

A person taking an evening walk heard the pup’s cry and found her alone on Coastways Beach near San Mateo County, California.

“On arrival at Monterey Bay Aquarium, “Pup 681 weighed 1.0kg, which is tiny for a newborn sea otter, and she had been separated from mom for at least 16 hours. This meant it was critical that we begin to get calories into her as quickly as possible,” said Karl Mayer, Animal Care Coordinator for the Sea Otter Program.

Since arriving at the Shedd, “Pup 681” has been receiving round-the-clock care from animal care specialists, learning essentially how to be an otter.

She reaches new milestones every day such as taking formula from a bottle and eating solids.