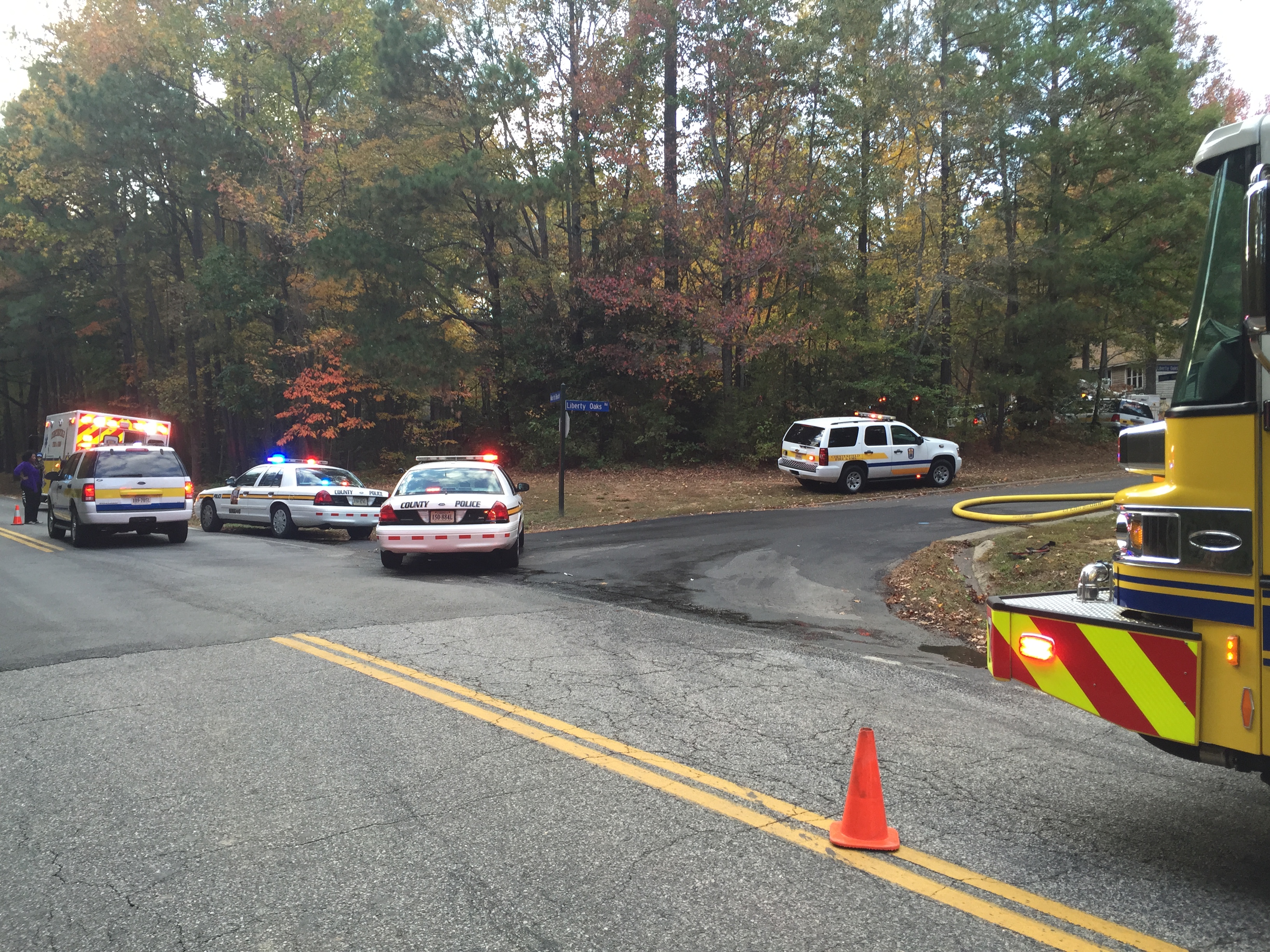 CHESTERFIELD COUNTY, Va. – Damage on the back side and roof of a home in the Brandermill subdivision is hard to see, but what was obvious on the faces of parents picking up their kids Thursday, was the relief they felt learning everyone was ok after a fire broke out.

Firefighters battled a fire at an in-home daycare in the Brandermill neighborhood of Chesterfield County Thursday afternoon, in the 14100 block of Liberty Oaks Circle.

Two daycare workers and three children made it safely out of the home, according to Chesterfield Fire and EMS spokesman Lt. Jason Elmore.

William Thurman clutched his little boy as he consoled his wife in front of the house.  The couple’s 22-year-old son died in a car accident last year and he said they couldn’t stomach the thought of something happening to their youngest.

“Having lost a child a year ago, you don’t want to lose another,” said Thurman.  “So you think about that situation and you grieve for parents who go through it.”

Firefighters say a homeowner, a daycare provider and a police officer were able to get all the kids to safety.

“I’m glad that so many people volunteer to save people,” said Thurman. “I’m just thankful.”

Our team is supporting 3 adults and 3 children impacted by fire at 14102 Liberty OakCircle in Midlothian #RCDAR #RVA pic.twitter.com/iXdjyZ5pHa

While crews used saws to cut their way into the roof, making sure all the hot spots were out, the parents collecting their children said they were grateful.

Several mentioned the October 21st fire that killed 14-month-old Joseph Allen and said he was on their mind when they got the call Thursday afternoon.

Prayers were answered Thursday as no one was injured, although there is extensive damage to the second floor of the home.

Investigators said a bathroom vent fan is believed to have sparked the blaze.

There has been no work on the extent of the damage.