VARINA, Va. -- Derreck Harris credited his dogs for saving his family from an early-morning house fire. When the fire started at the home on Wildwood Street, off of New Market Road, at around 1:50 a.m., Harris said his barking dogs woke them up and alerted them to the fire.

Harris, another person and a six-month-old baby made it out of the home unharmed.

"I had everything here. I mean this was perfect," Harris said. "It hurts a little bit, but at the same time I'm an optimist and I'll get new stuff and I'll be fine. You know we will work through it, we'll be okay, we have insurance." The Red Cross was called to help the family.

"The family and the two dogs were able to escape the fire on their own," Henrico Fire spokesman Lt. Daniel Rosenbaum said.

Firefighters called a Mayday alert after part of the home collapsed. Fortunately no injuries were reported. It took fire crews about 30 minutes to bring the fire under control. 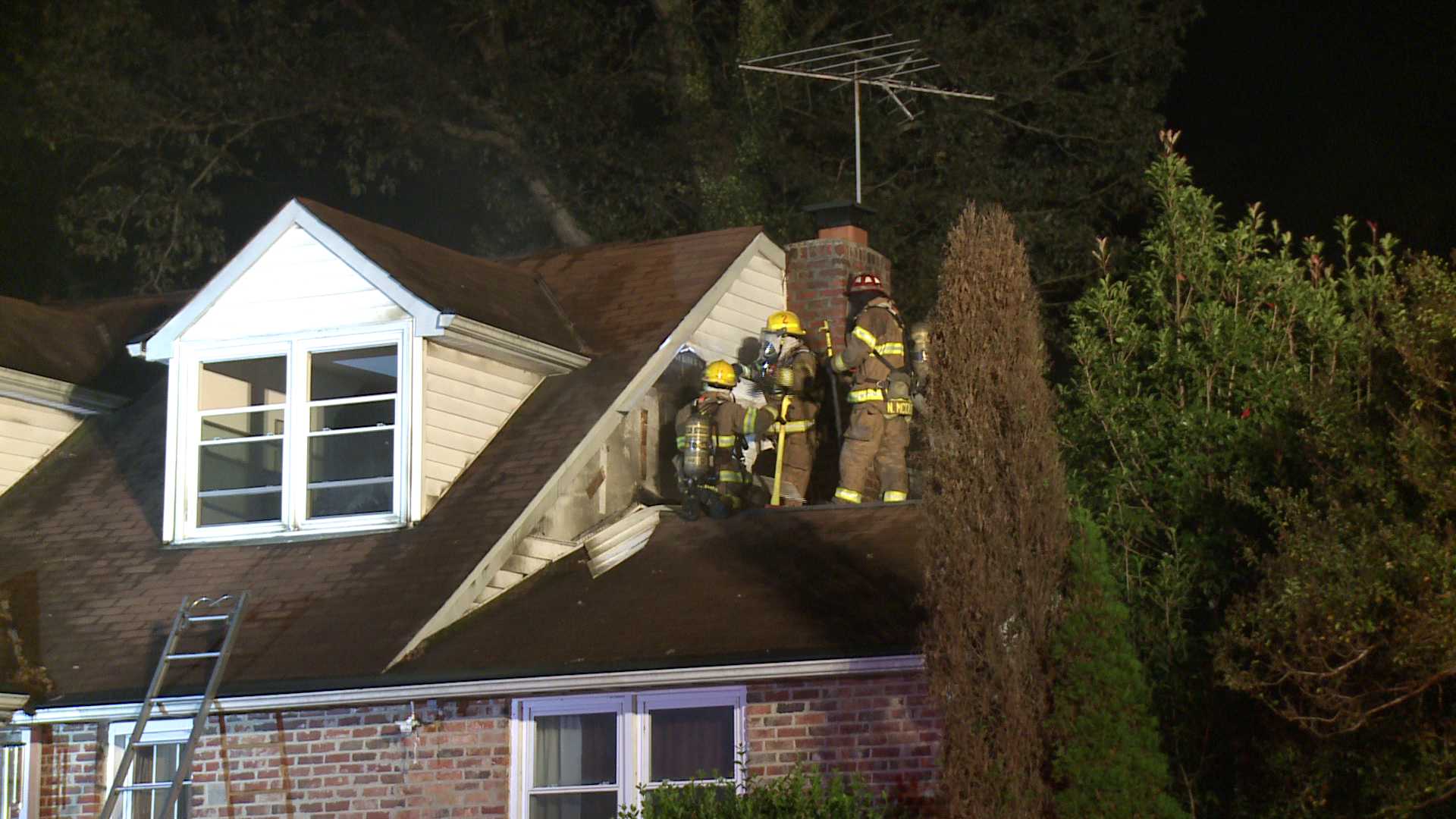 "The exact cause and area of origin of the fire is under investigation at this time," Rosenbaum said. "It is believed that the fire originated around a hot tub at the rear of the home."

Firefighters on scene said this is the time of year to make sure your smoke detectors are working.

"Change your clock time is coming up. It would be a good time to change those batteries," Doug Reynolds, with Henrico Fire, said.

He said there should be at least one smoke detector per floor of your house.