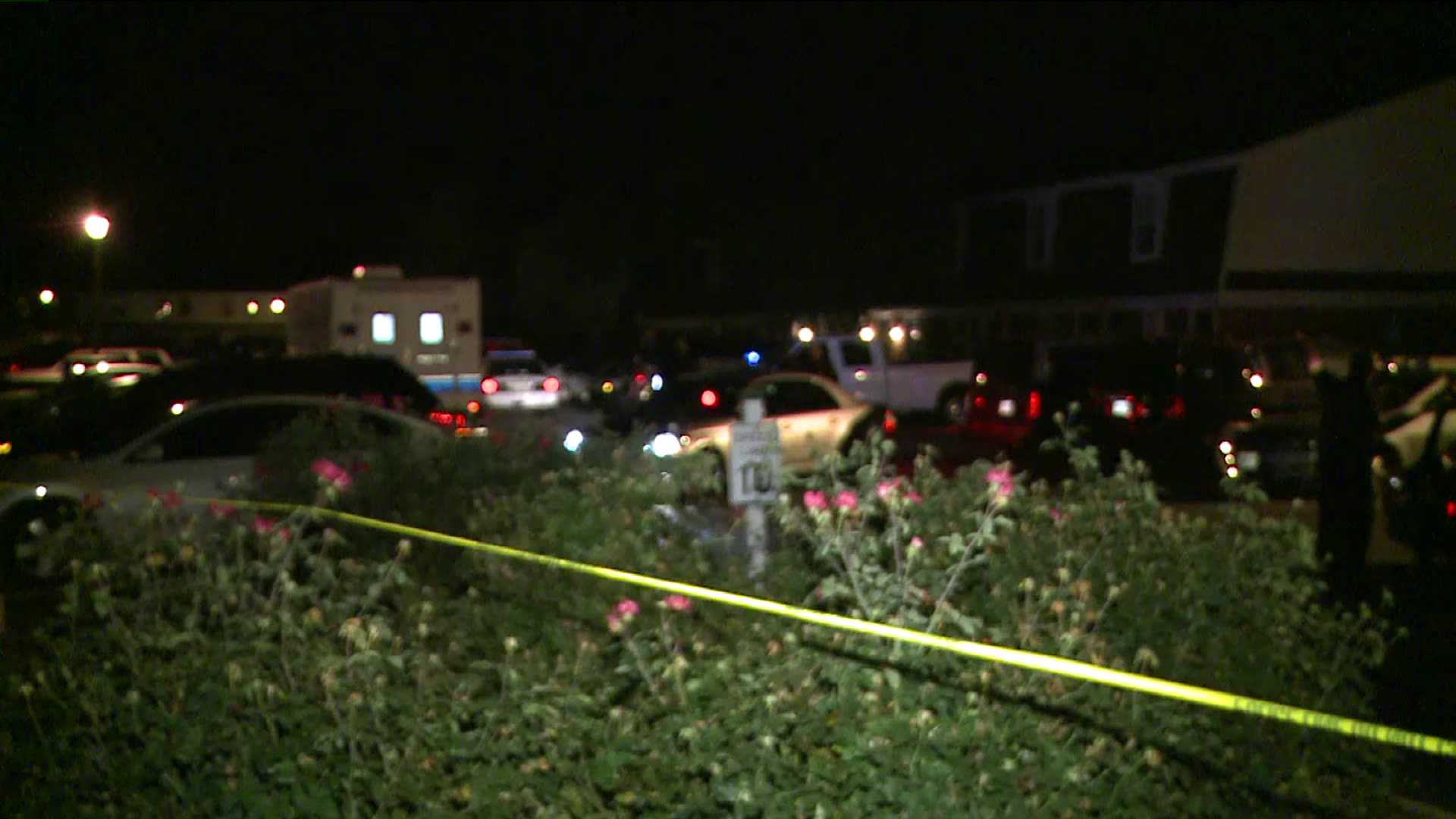 RICHMOND, Va. — Richmond police are searching for two armed men after a 24-year-old man’s body was found outside the Woodbriar apartment complex on the city’s Southside Sunday night.

Richmond Police Caption Marty Harrison IV said officers were dispatched to a report of a person down around 8:46 p.m.  Harrison said police also received several calls about random gunfire around the same time.

“He was hit one time as far as we can tell,” Harrison said.

Police were still canvassing the area and talking to neighbors around 10:30 p.m.

The first suspect,  who may go by the name ‘Holiday,’ is described as a heavy-set black male with dark skin in his 20s or 30s, between 6 feet and 6 feet 3 inches tall with a low cut haircut. He was last seen wearing a black faded hoodie, blue jeans and a red bandana in his pocket.

The second suspect is described as a heavy-set black male with a stocky build and brown skin who was last seen wearing a black hoodie and black pants.

Investigating a homicide in the 600 block of Warwick Village Dr. Any info please call Crime stoppers @7801000

Stay with WTVR.com and watch CBS 6 News  for the latest updates on this story.