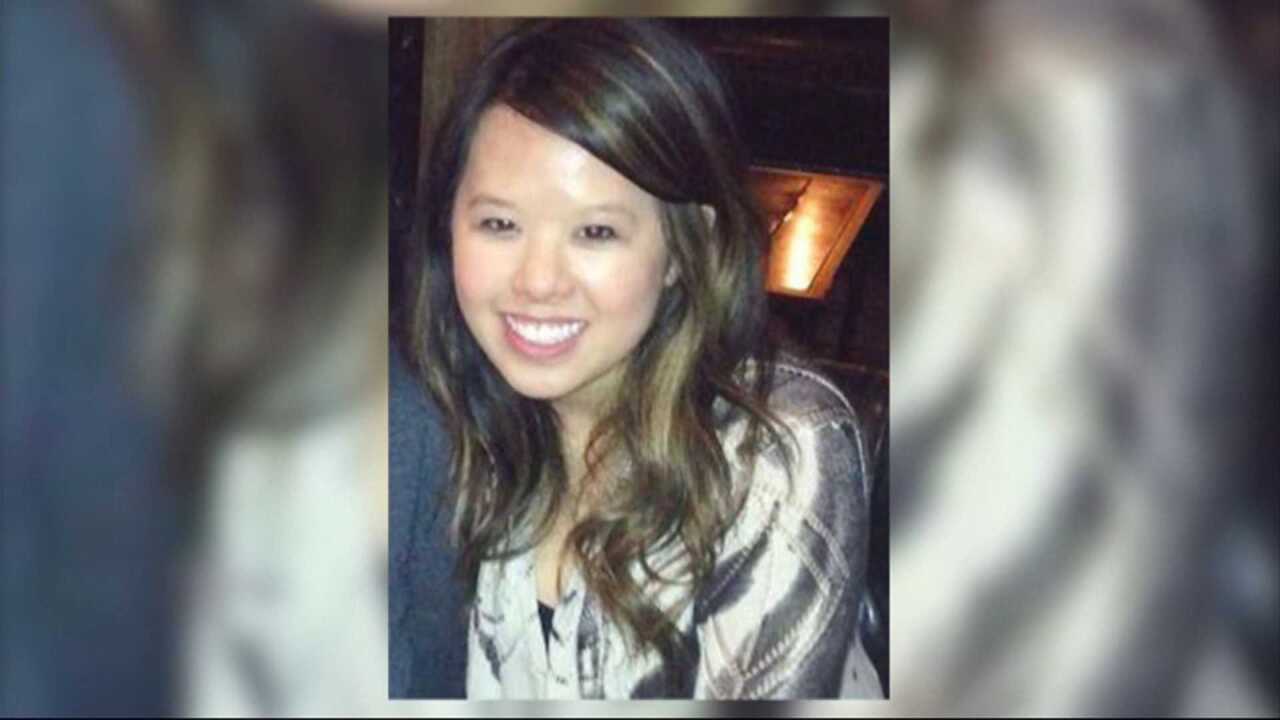 An Ebola-stricken Texas nurse will fly to a Maryland hospital that specializes in the deadly virus, and several Ohioans have isolated themselves out of fear they were exposed to another Texas nurse with Ebola, officials said Thursday.

Federal health officials are facing Congress over how the U.S. has handled the crisis, and another person in Connecticut is exhibiting symptoms of the virus and has received an Ebola test.

• A top health official in Texas apologized for what he called mistakes in how Texas Health Presbyterian Hospital Dallas handled its first Ebola patient — a Liberian national who was initially told to go home after he came in complaining of a fever and saying he’d recently been in West Africa.

• Texas nurse Nina Pham is being sent to a National Institutes of Health hospital in Maryland for specialized Ebola treatment.

• In northeast Ohio, one person has been quarantined, and six others have quarantined and are monitoring themselves for Ebola, after coming into contact or being in the vicinity of Ebola-stricken Texas nurse Amber Vinson, Ohio Department of Health spokesman Jay Carey said. Several Texas and Ohio schools are closed as a precaution against exposing faculty and students.

• There is concern, too, at Yale University, where a doctoral student who recently returned to Connecticut from Liberia has a fever and is in isolation at Yale-New Haven Hospital, hospital officials told reporters Thursday. The student is being tested for Ebola, they said, and results should be available within 24 hours.

The congressional hot seat and an apology

Texas Health Presbyterian nurses Vinson and Pham treated Thomas Eric Duncan when he was hospitalized for Ebola in late September. He died at the hospital on October 8.

In testimony before the House Energy and Commerce Committee, Dr. Daniel Varga, the chief clinical officer for Texas Health Services, blasted the hospital for sending Duncan home even though he displayed Ebola symptoms and spoke about his recent travel in West Africa.

“Unfortunately, in our initial treatment of Mr. Duncan, despite our best intentions and a highly skilled medical team, we made mistakes,” Varga said in written testimony to lawmakers.

“We did not correctly diagnose his symptoms as those of Ebola. We are deeply sorry.”

Varga said hospital staffers were given guidance on Ebola symptoms several times over the summer.

He said the hospital has made several policy changes regarding the virus, such as updating the emergency department screening process to require asking a patient for his or her travel history and increasing training for staffers.

Dr. Tom Frieden, director of the Centers for Disease Control and Prevention, also criticized how Vinson’s case was handled. She had a fever and said called the CDC to ask if she could board a flight, disclosing that she’d had contact with someone with Ebola. She said that she was told she was cleared to fly and did.

It’s not clear who she spoke with at the CDC or what exactly she was told. Regardless, 132 passengers on her flight are wondering if they were exposed.

Frieden said she never should have been allowed to get on a commercial fight.

He said there’s an “extremely low” risk to anyone else on that plane, but the CDC is reaching out to all passengers as part of “extra margins of safety.”

Vinson, 29, is now being treated at Emory University Hospital in Atlanta, which has successfully treated two other Ebola patients and has not had any employees infected.

On Thursday Frieden testified that in order to guard the U.S. from Ebola, the virus needs to be stopped at the source in West Africa. If Ebola spreads more widely in Africa, it could threaten the American health care system “for a long time to come,” he said.

Banning travel from Guinea, Sierra Leone and Liberia, where Ebola has struck the hardest, is not the solution, Frieden stressed. If that happened, it might prompt people to enter the U.S. in ways that make it more difficult to track them, he said.

Nurse: ‘We never talked about Ebola’

Another Texas Health Presbyterian Hospital nurse is speaking out, telling NBC’s “Today” show Thursday that nurses did not have mandatory Ebola training, except for an optional seminar that didn’t allow them any hands-on practice.

“We never talked about Ebola. We never had a discussion,” Briana Aguirre said.

She said she was not involved in treating Duncan, who received care at the hospital in late September and died there on October 8.

Training for Texas Health Presbyterian’s nursing staff amounted to “just information,” she said. “We were never told what to look for.”

“All I know for sure is that he (Duncan) was put into an area where there are around seven other patients,” she said. “We took around three hours to make first contact with CDC to let them know what we had of our suspicion. There were no special precautions other than basic contact precautions. No special gear.”

She said the hospital did not know what to do with one of his lab specimens.

A lab technician told Aguirre the specimen was “mishandled,” she said. “It was a chaotic scene.”

She said there was an effort to contact the hospital’s infectious disease expert to determine the correct Ebola treatment protocol.

Hospital fires back after claims

After scathing allegations by a nurses’ union, a Texas Health Presbyterian spokeswoman said some of the care givers’ claims are not true.

Citing interviews with nurses at the hospital, the union National Nurses United have said Duncan was “left for several hours, not in isolation, in an area where other patients were present” during his second visit to the hospital.

But hospital spokeswoman Candace White said Duncan “was moved directly to a private room and placed in isolation” during his second visit.

And after the union claimed “there was no one to pick up hazardous waste as it piled to the ceiling,” White said the waste was “well-contained in accordance with standards, and it was located in safe and containable locations.”

The federal government is weighing putting those who treated Duncan on a list that would prohibit them from flying commercially, an official familiar with the situation told Elizabeth Cohen, CNN’s senior medical correspondent.

In June 2007, federal agencies developed a public health Do Not Board list, which allowed domestic and international public health officials to request that people with communicable diseases who meet specific criteria and pose a serious threat to the public be restricted from taking commercial flights departing from or arriving in the United States. The CDC and the U.S. Department of Homeland Security manage the Do Not Board list.

The CDC is considering lowering the fever threshold that would be considered a possible sign of Ebola, the official also told CNN. The current threshold is 100.4 degrees Fahrenheit (38 Celsius).

The CDC should be blamed for not providing airlines with clear guidelines on dealing with possible Ebola on flights, said Mary Schiavo, a CNN aviation analyst and a former U.S. Department of Transportation inspector general. She is considered an expert on the Federal Aviation Administration.

She said Thursday on CNN that airlines were given “very vague” guidelines from the CDC a month ago that flight attendants should, for example, try to wipe up as much “wet material” as possible in an effort to protect against possible Ebola.

Airlines do not have Ebola-trained cleaning crews, Schiavo said. “There’s no federal regulation that requires you to even wipe the tray table,” she said.

Vinson never should have been cleared to board, she insisted.

Infectious disease expert Dr. Celine Gounder agreed. It’s “ridiculous” to determine whether someone should fly based on a specific temperature, she said on CNN.

If people are exposed to Ebola, particularly if they’ve treated an Ebola patient, then they should not be allowed to fly, Gounder said.

Vinson “should have been in quarantine,” the doctor said.

Hospital employees can quarantine themselves

With two of its own nurses infected with Ebola, Texas Health Presbyterian said it will allow any concerned employee to have a hospital room.

“Texas Health Dallas is offering a room to any of our impacted employees who would like to stay here to avoid even the remote possibility of any potential exposure to family, friends and the broader public,” the hospital said in a statement.

“We are doing this for our employees’ peace of mind and comfort. This is not a medical recommendation. We will make available to our employees who treated Mr. Duncan a room in a separate part of the hospital throughout their monitoring period.”

News of Vinson’s travel on a Frontier Airlines plane led to school closures in two states.

In Texas, a few schools in the Belton Independent School District are closed Thursday because two students were on the same flight as Vinson from Cleveland to Dallas — Frontier Airlines Flight 1143, the superintendent said.

And in Ohio, two schools in the Solon School District in suburban Cleveland are closed Thursday because a staffer “traveled home from Dallas on Frontier Airlines Tuesday on a different flight, but perhaps the same aircraft” as Vinson, the school district said in a statement.

“Although we believe what the science community and public health officials are telling us about the low risk of possible transmission of the virus through indirect contact, we are nonetheless taking the unusual step of closing the dual school building for Thursday so that we can have the schools cleaned and disinfected,” the statement said.

The school districts aren’t the only ones concerned about Vinson’s travels.

Frontier Airlines placed six crew members on paid leave for 21 days “out of an abundance of caution,” CEO David Siegel wrote in a letter to employees.

The airline also removed the plane’s seat covers and carpet near where the infected passenger sat, even though it had not been asked to by the CDC, Siegel said.

Ashoka Mukpo, the American NBC freelance cameraman who contracted Ebola in Liberia, is “getting better every day,” said Taylor Wilson, a spokesman for Nebraska Medical Center.