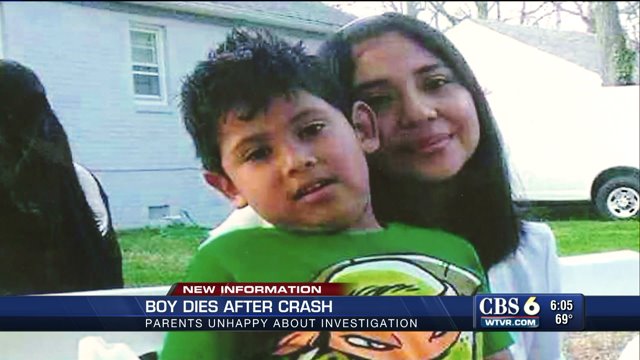 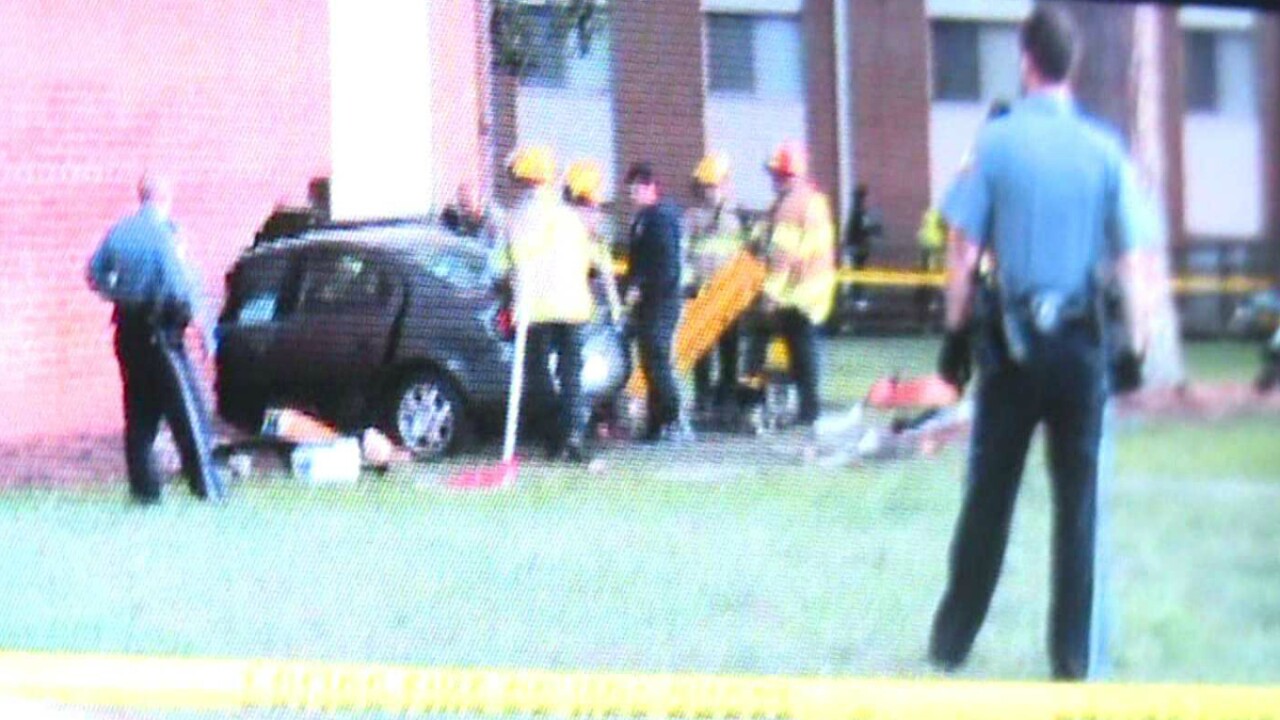 HENRICO COUNTY, Va. -- The six-year-old boy who was pinned under a car that crashed into his western Henrico apartment has died. Raul Exekiel Nicholas Vasquez had been on life support since the October 5 crash. He passed away Wednesday night, according to family members.

Ezequiel was killed after a car plowed into the apartment building where he lives with his mother and younger brother.

Police have not yet said what caused the driver to crash into the family's Three Chopt West apartment along the 8800 block of Three Chopt Road  at about 6:30 p.m. that night.

When emergency crews arrived, they found  Ezequiel and his mother were trapped under the car. The mother and her two children were in bed when the car hit. Ezequiel's mother and younger brother were injured, but survived the crash.

"She says that all her life has been changed now," explained Flores.

"He was very fond of him and he cared about him a lot," Flores said. "He was very protective towards him and sometimes he would carry him around."

However, nothing could have protected the family from the freak accident at this Henrico apartment building two weeks ago.

Police said a driver slammed his car into the wall of their apartment.

Vasquez said that she was changing her three-year old son Edison's diaper while Exekiel was in the living room playing with his cousin. They were just about to leave the apartment when the car plowed into them.

Vasquez said that her youngest son was hiding under a bed while she and Exekiel were pinned under the car.

"She was screaming for people to come help her son," said Flores.

A neighbor did, but she said he was unable to move him. It wasn't until police and fire officials arrived that the boy was able to be freed.

The three were rushed to the hospital. Ruth had severe leg injuries while Exekiel was put on life support for 11 days. He died Wednesday night.

Now, the Vasquez family wants justice for Exekiel and for the driver to pay for he did.

"It's not fair that he's out there. And they want justice," said Flores. "Even if he gets arrested, it's not going to change the fact that he took away her son."

Henrico police told CBS 6 News that they were waiting for a toxicology report on the driver involved in the accident. So far, they haven't placed any charges against him.

The Vasquez family said the man lives in the apartment complex, but police did not release his name until Monday, Oct. 20. Ronnie R. De La Cruz, 23, was charged with reckless driving on private property after he drove through the wall of an apartment building.

The family is asking the public for help in paying for funeral expenses.

Family friends set-up a website to collect funds to help the family during this difficult time.

Additionally, you can donate at any BB&T bank under the name:  Marbin Rubino Vasquez on behalf of Exekiel's family.