Colonial Downs to close after track operators walk out of meeting 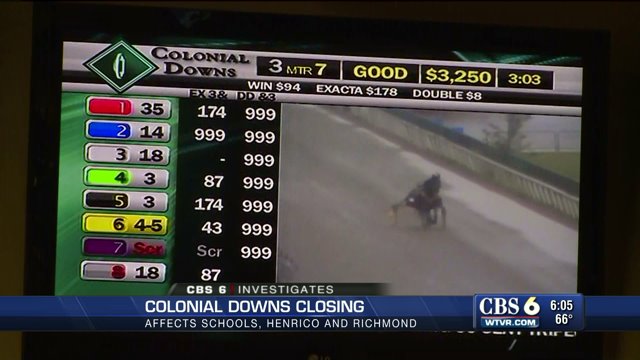 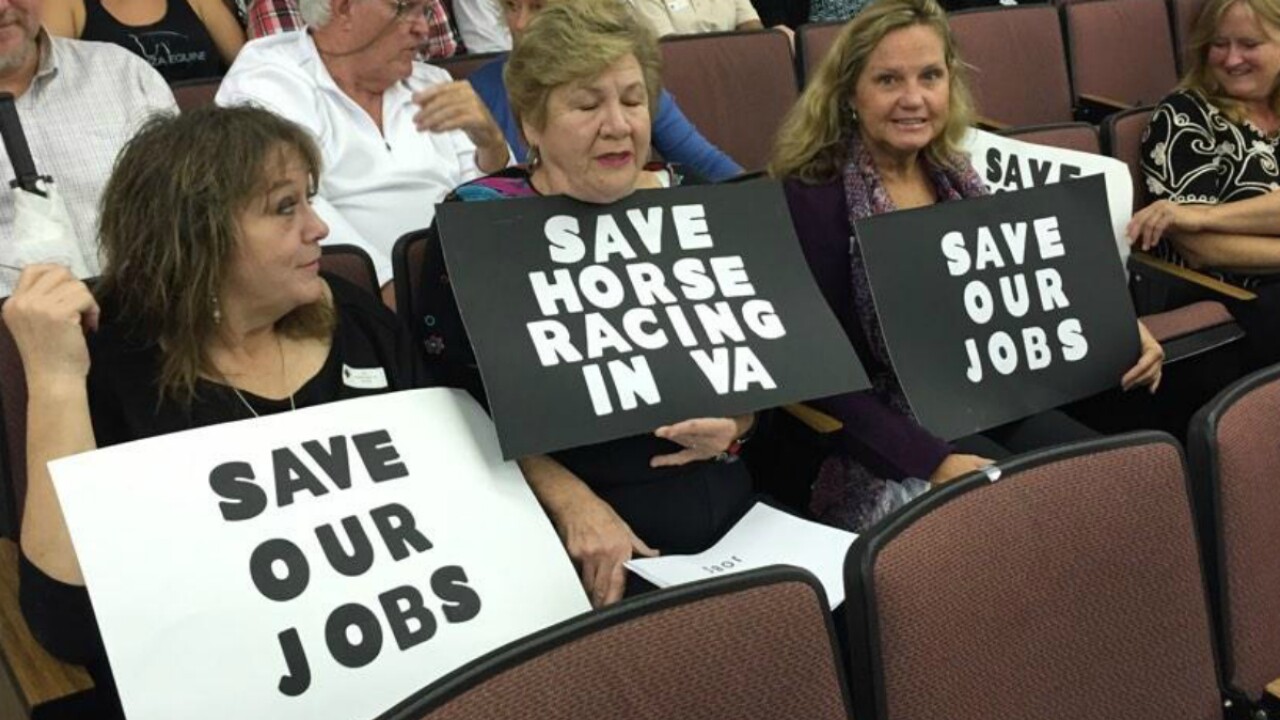 RICHMOND, Va. -- New Kent officials warned county taxes might be raised to off-set the economic impact of Colonial Downs closings its doors. The operators of Virginia's only horse racing track walked out of Wednesday's Virginia Racing Commission in Richmond and said the track would close on November 1.

The Virginia Racing commission unanimously accepted the sites operating license that Jacobs turned over at the meeting.

"Glory days have faded into memory" - officials saying horse racing on their way to "demise" in Virginia pic.twitter.com/vwMOz9QWou

When Colonial Downs could not convince the Virginia Racing Commission to let the track sign a contract with a new horsemen's association that agreed with Colonial Downs' position, track officials handed in their racing license and left the meeting.

In addition to closing, the track's employees would be laid off effective November 1.

"Once we close it is difficult to reopen," owner Jeff Jacobs said.

Jacobs said employees will be paid through the end of the year.

Off site betting sites like those on Broad Street in Richmond will close as well--costing the county of Henrico nearly $50,000 a year CBS 6 reporter Joe St. George learned Wednesday.

Future of horse racing about to be decided at Virginia meeting pic.twitter.com/fNuYdi31Y2

"Colonial Downs is now on life support,” Colonial Downs President Ian Stewart stated earlier this month."We need the approval of the Virginia Racing Commission to enter into an agreement with horsemen who share our vision."

Last season there were no races at Colonial Downs. The lack of races had about a $400,000 impact  on the community, effecting everything from taxes to school funding, the New Kent County Board of Supervisors said.

For those at colonial downs, the news was as disappointing as the weather Wednesday.

"I have worked here 14 years!" one employee wiping away tears.

"I will be out of a job on November 1st," Juanita Harris said.

Inside Colonial Downs Wednesday the mood was somber.

Sunni, a long time Colonial Downs patron said the only thing that will save this place is slot machine.

"All the other states adjoining Virginia have them and they bring in top purses and the top horses," Sunni said.