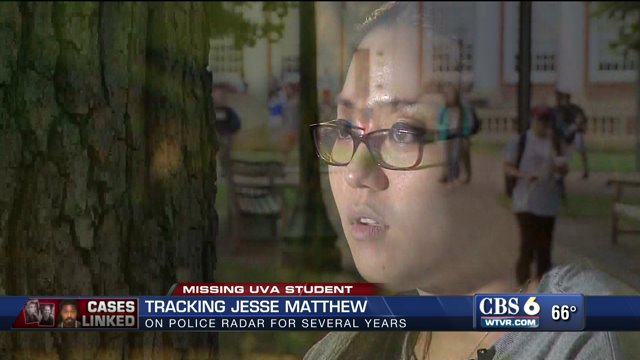 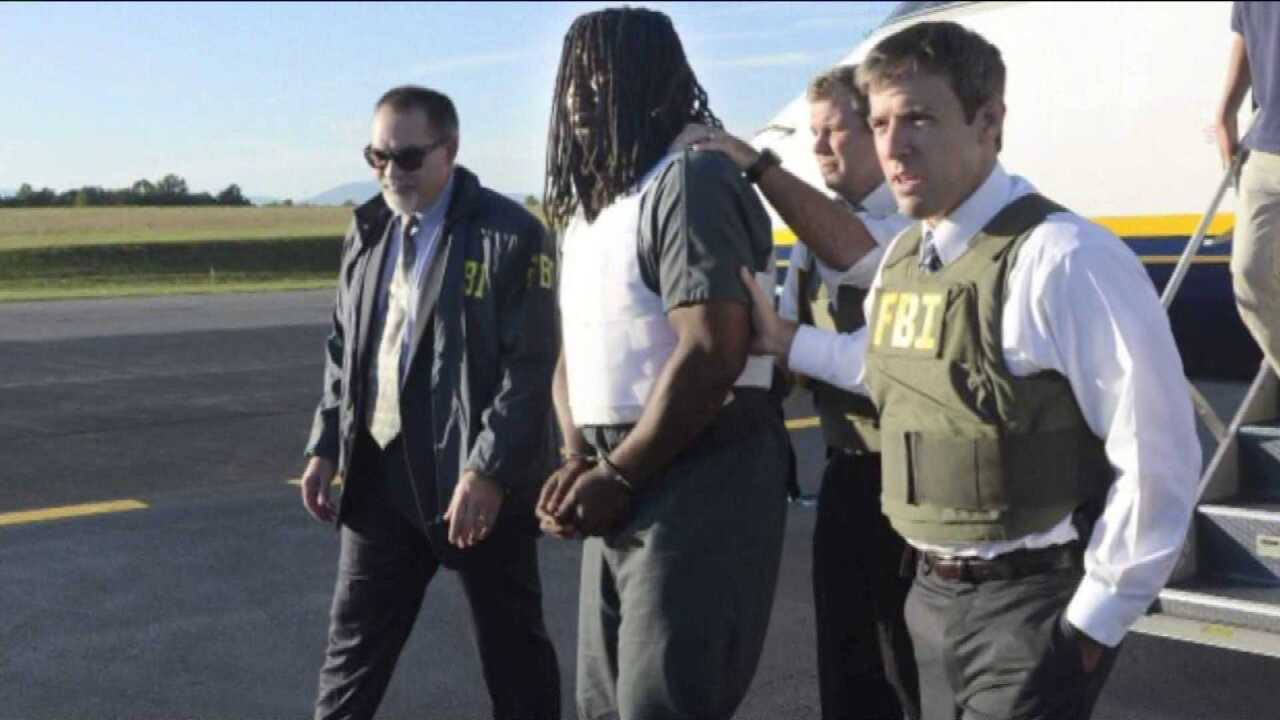 CHARLOTTESVILLE, Va. --  Five years ago, as Alice Chan walked through Charlottesville as a first year University of Virginia student, she said she was always looking over her shoulder. She said the disappearance of Virginia Tech student Morgan Harrington from the UVa. campus on Oct. 17, 2009 put many students on guard.

"That definitely kept a lot of us on our toes whenever we were out at night," Chan said.

Harrington's remains were found on a remote farm the following January. Investigators eventually linked her case, through forensic evidence, to a 2005 unsolved sexual assault in Fairfax. Chan said she was 15 years old and living in Fairfax when that incident occurred.

Investigators once again used forensic evidence to create a link -- this time to the man charged with abducting missing UVa. student Hannah Graham.

“We never really heard back from any of those cases and just to hear that connection existed it was really hard to hear,” Chan said.

As Jesse Leroy Matthew Jr. sits in jail, the search continues for Graham. That reality frightens many in the community, like Chan, who have walked beside Matthew on the Downtown Mall and inside the UVa. Medical Center where he worked for years.

“It's kind of shocking for me that he was just walking around and we never knew anything about that,” Chan said.

Graham was officially reported missing on Sept. 14, though she was last seen the early hours of Sept. 13.

Matthew’s car and apartment were searched five days later, on Sept. 19, after police reviewed video and spoke with witnesses. The next day Matthew was reported to have sped away from the overt surveillance Virginia State Police had on him.

He was next named a suspect, after police received more forensic evidence.

Police in Texas were alerted to a suspicious man camping on the beach in Gilchrist on the Bolivar Peninsula, approximately 1,300 miles from Charlottesville. When they ran his license plate number around 3:30 p.m., they found out he was wanted in Virginia.

He was charged with giving false information to a police officer.

A federal law enforcement source confirmed a phone call made from a borrowed cell phone in Louisiana, to Virginia, is how police first discovered Jesse Matthew was out of the state and on the run.

Where is Hannah Graham?

It was late on a Friday night and a freckled, blue-eyed University of Virginia student named Hannah Graham was partying in downtown Charlottesville, Virginia.

Graham, described as an accomplished athlete and straight-A student, was seen various times before her disappearance in the early hours of September 13.

She was at a party and later at an apartment complex, just blocks away. A surveillance camera caught her outside a pub, where she was turned away.

She was next seen running past a gas station, and witness accounts have her walking onto the Downtown Mall, a pedestrian thoroughfare lined with restaurants and shops. There were a few people out walking around, and surveillance cameras help capture the track Graham took.

A surveillance camera at an Italian cafe captured her walking eastbound along the mall about 1:06 a.m. A camera at a jewelry store recorded her passing two minutes later.

That camera footage appears to show her walking with Matthew, and a witness collaborated that he say Graham approached by a man who put his arm around her.

Matthew was originally spotted on the camera at the Italian café, headed the opposite direction as Graham. The video shows him cross over and fall into step behind Graham, heading eastbound.

Police said that at 1:20 a.m., she texted her friends to say she was lost and trying to find a party.

However, she told her friends, according to police, that she was lost at a location near her apartment – which was 1.5 miles from where she was spotted on camera ten minutes before the text.

She and a man were seen having drinks at a bar between 1:30 and 2 a.m. was what police have said.

The owner of the restaurant released a statement that Matthew had been inside the bar, but Graham had not.

What’s next in the search?

Charlottesville Police have received 1,500 tips so far in the case. The first weekend after Graham’s disappearance, more than 1,200 volunteers and Virginia Department of Emergency Management officials spent the weekend searching for clues that would lead them to Graham.

As time passes, the search area grows, investigators say. Longo said the VDEM, and search and rescue have covered most of city, and Carter’s Mountain.

Longo said what happened over the next 40 or so hours until Graham was reported missing is crucial.

"There is this block of time," he said. "This very big, large, significant block of time between the time we know Hannah Graham disappeared and the time that disappearance was reported to us. We need to shrink that gap."

Authorities say they think people who know Matthew may be helpful in the search for Graham.

"If you know Jesse, and many people do because Jesse grew up here," Longo said. "He went to school here. He has family here. He went to church here. He worked here. Lots of people know Jesse."

Longo also asked property owners to check their land for anything suspicion.

He asked owners that have checked their land to call the Hannah Graham tip line at 434-295-3851 or email CPDTips@charlottesville.org to let investigators cross those properties off the list.

“If you have seen tire tracks…that seem suspect, again, contact us,” Longo said. “We will make the assessment of what is relevant.”

The chief also asked for the help of Charlottesville-area realtors.

“If you are a realtor who serves the greater Charlottesville area, we are asking you to go to vacant properties to follow the same directives that we have asked property owners.”

The city of Charlottesville, the University of Virginia and the local community have contributed $100,000 to a reward for “information leading to the cause” of Graham’s disappearance.