SYRIA — The United States and several Arab nations rained bombs on ISIS targets in Syria on Tuesday — the first U.S. military offensive in the war-torn country and a forceful message to the militant group that the U.S. would not stand by idly while it carried out its rampage of terror.

The airstrikes focused on the city of Raqqa, the declared capital of ISIS’ self-proclaimed Islamic State. But other areas were hit as well.

The operation began with a flurry of Tomahawk missiles launched from the sea, followed by attacks from bomber and fighter aircraft, a senior U.S. military official told CNN.

The goal: Taking out ISIS’ ability to command, train and resupply its militants.

The number of casualties was not immediately clear. But U.S. Central Command said the 14 strikes damaged or destroyed ISIS targets including fighters, training compounds, command-and-control facilities, a finance center and supply trucks. 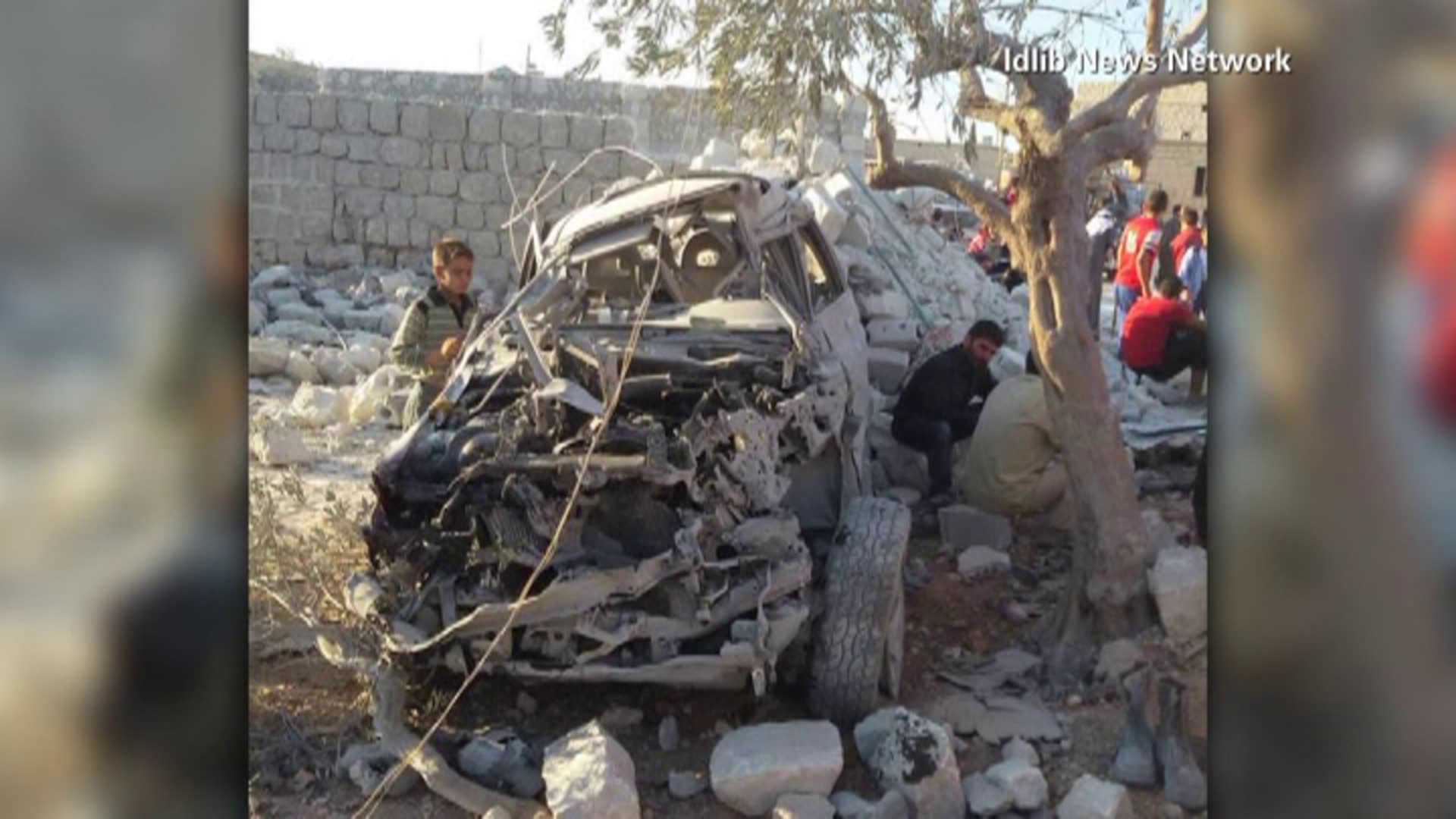 Eventually, she said, there will likely be “a real campaign to go after leadership targets.”

For months, civilians in Raqqa have been living under the harsh rule of ISIS after militants took over their city, once one of the nation’s most liberal cities. The group now controls much of their lives, imposing a strict brand of Sharia law and meting out barbaric punishments, such as beheadings and crucifixions.

Abo Ismail, an opposition activist inside Raqqa, said Wednesday morning that residents were elated to see the U.S. attacking ISIS targets there.

But at the same time, he said, ISIS has increased security in the city.

“I would dance in the streets, but I am too afraid,” Ismail said.

A U.S. intelligence official said that while law enforcement is aware the airstrikes against ISIS in Syria could incite a response, there is no evidence to suggest any terrorist strike is in the works against the United States.

Arab countries on board

Perhaps the most surprising part of the strikes against ISIS was who joined the United States.

“It’s a remarkable diplomatic achievement,” said CNN political commentator Peter Beinhart. “I don’t think it was expected that there would be this much Arab support.”

“Prominent religious leaders have said ISIS is not representative of Islam, and now you have countries that are coming to the fore to attack it,” he said.

A ‘punch in the nose’

Up until this offensive, ISIS has been able to take over cities and operate in Syria with near impunity. Now, it’s coming under attack.

“This is the punch in the nose to the bully that we talked about on the playground,” former Delta Force officer James Reese said. “ISIS is the bully, and we just punched him in the nose.”

The United States has been conducting airstrikes against ISIS in Iraq, but never before against the militant group in Syria.

With the airstrikes, the United States enters a new level of engagement in the ongoing Syrian civil war.

For three years, Syrian rebels have been clamoring for Western military help as they battle regime forces and seek an end to four decades of al-Assad family rule. But the United States has resisted military action in Syria.

The difference now? ISIS, its bloody takeover of stretches of Iraq and Syria, and its threat to Americans.

“I have made it clear that we will hunt down terrorists who threaten our country, wherever they are,” President Barack Obama said in a September 10 speech.

“That means I will not hesitate to take action against ISIL in Syria, as well as Iraq. This is a core principle of my presidency: if you threaten America, you will find no safe haven.”

The Free Syria Foreign Mission said it was elated by the U.S. strikes.

“Thank God. What a momentous day — a day that we have been looking forward to for so, so long,” the Syrian opposition group said. “It’s a big step forward, but we are nonetheless clear eyed that it will be a prolonged campaign to defeat ISIS.”

Too little, too late?

But some say the United States waited too long to act against ISIS in Syria.

“The airstrikes have come much too late in the case of Syria, where the IS militants have had over a year to entrench themselves within the region — especially the province of Raqqa,” said Natasha Underhill, an expert on Middle East terrorism at Nottingham Trent University.

She said ISIS “is deeply entrenched in both Syria and Iraq, and it may take a lot more than airstrikes to make a dent in their campaign of creating an even larger caliphate across the Middle East.”

“This is not a definitive blow,” said Mudd, who previously worked for the CIA.

“When this gets interesting to me … is six months down the road, when a second-tier ISIS commander starts to create some sort of cell to recruit foreigners from Europe or the United States or Canada into Syria. Do we still have the will and capability, and the intelligence, to locate that person, or that group of people, and put lead on the target?”