Hannah Graham disappearance: What we know, what we don’t know 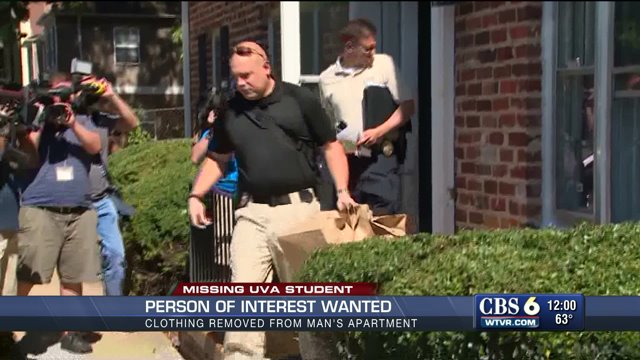 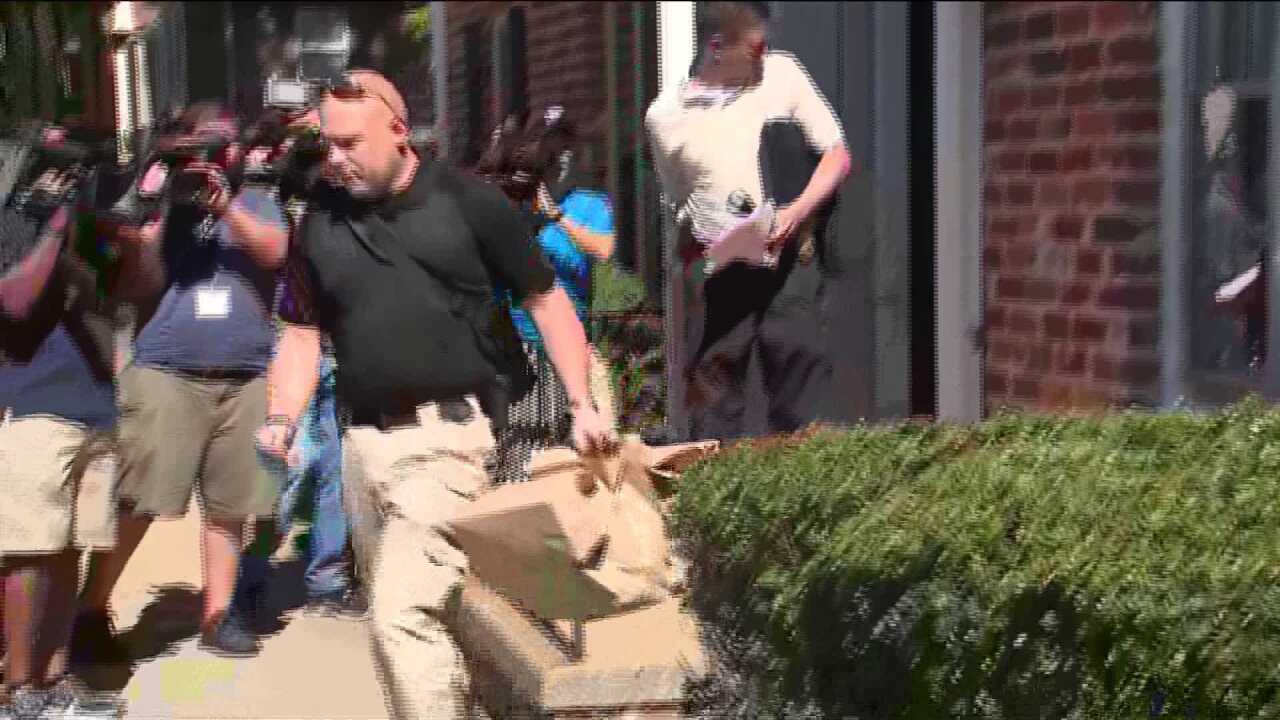 CHARLOTTESVILLE, Va. -- A new search warrant was issued Monday for the apartment of Jesse Matthew, who police believe was the last person to see Hannah Graham before the 18-year-old college student disappeared on September 13.

Authorities found specific clothing they were looking for, Charlottesville Police Chief Timothy Longo said Tuesday morning on CNN's "New Day." The clothing was sent to a lab for analysis, and results might be back by Tuesday afternoon, according to the chief.

"It's going to be a long day," he said, "an aggressive day" as investigators run down more leads.

The Charlottesville Police Department has issued a wanted poster for Matthew, 32, saying he is wanted for two counts of reckless driving.

At the bottom of the poster, however, it says police would like to speak with Matthew regarding Graham's disappearance.

The poster raised many questions -- primary among them: Do police believe Matthew is a suspect? -- but mystery has been an undercurrent of since Graham went missing nine days ago.

Many questions remain unanswered, but here is what CNN knows and doesn't know so far:

"Hannah is beyond precious to us," John and Susan Graham said in a statement released shortly after she went missing. "We are truly devastated by her disappearance. It's totally out of character for us not to have heard from her, and we fear foul play."

Holding a stuffed bunny named BB, his daughter's favorite plush toy and "guardian angel," John Graham pleaded last weekend for someone to come forward with information on his daughter, who he said loved helping people.

"Last spring break, instead of hanging around on the beach, she spent a week in Tuscaloosa rebuilding houses," her father said.

The Northern Virginia native is 5 feet 11 inches tall with a slender build and has light brown hair, blue eyes and freckles. She was last seen September 13 wearing a black crop top, according to a UVA news release.

Where was she before her disappearance?

On the evening of September 12, she was seen at a party before friends saw her at an apartment complex a couple of blocks away from the party. That was shortly before midnight.

About 12:45 a.m. on September 13, a surveillance camera caught her outside of a pub, about three-quarters of a mile from the apartment complex. A doorman turned her away at the pub, Longo said Sunday.

Ten minutes later, she is seen running past a gas station -- no one appears to be pursuing her -- and witnesses say they saw her five minutes later roughly four blocks from the gas station. She was at a restaurant in an area known as Downtown Mall, witnesses said.

The surveillance camera at an Italian cafe captured her walking along the mall about 1:06 a.m. The camera at a jewelry store recorded her passing two minutes later.

At 1:20 a.m. she texted her friends to say she was lost and trying to find a party, WVIR reported. She and a man were seen having drinks at a bar between 1:30 and 2 a.m..

Police believe she may have been under the influence of alcohol, Longo said, and may have been vulnerable or unable to defend herself.

What are police doing to find her?

Longo has released the name of the man police believe was having drinks with Graham.

"I believe Jesse Matthew was the last person she was seen with before she vanished off the face of the Earth," the police chief said Sunday. "We want to talk to him."

Police had previously said they were looking for a man who did not fit Matthew's description, but rather was a black male in his 20s or 30s with a shaved head and goatee. Matthew has dreadlocks.

"I hope and pray that we might have an opportunity to talk to Jesse Matthew again because I think he can help up find Hannah Graham," the police chief said.

They've interviewed 50 people and received more than 100 tips in the case, police said. Last weekend, more than 1,200 volunteers and Virginia Department of Emergency Management officials spent the weekend searching for clues that would lead them to Graham, CNN affiliate WTVR reported.

The city of Charlottesville, the University of Virgi and the local community have contributed $50,000 to a reward for "information leading to the cause" of Graham's disappearance.

What we don't know

Though investigators have tracked down several surveillance videos, it's not clear where Graham is going or whether she's in trouble, Longo said.

In addition to Monday's search warrant, authorities previously searched Matthew's apartment and car but have declined to say what -- if anything -- was found.

Hours later, police said they had no reason to arrest Matthew.

"Is he in custody? No," Longo said. "Was there probable cause to arrest him? No."

At another press conference on Sunday, Longo said he was hopeful that the crime lab analysis of evidence collected would yield new leads.

Graham and Matthew were seen leaving a bar together, and Matthew drove away in his Chrysler coupe that was parked near the bar, and police told WVIR they have "every reason to believe" Graham was in the car, too.

Asked Monday whether he believes foul play was involved, the police chief did not mince words.

"There's no other way to look at it quite frankly at this point. There's just no other explanation but for that. I wish we knew more," he told CNN.

Though Matthew faces no charges in connection with Graham's disappearance, there is a warrant for his arrest.

Police obtained an arrest warrant for him on suspicion of reckless driving. While authorities were tracking his movement, they saw him get into a car and drive so fast and so dangerously that police were forced to back off, Longo said.

Matthew willingly went to a police station last weekend, along with several family members, walking through the front door and asking for a lawyer, the police chief said.

Matthew and the lawyer spoke and then left, Longo said, giving detectives no clearer picture of what may have happened the day Graham disappeared.

She also told WVIR that she hadn't seen Matthew since Thursday, and two of his roommates had moved out.

The University of Virginia Medical Center confirmed  Matthew has worked there since August 12.

Are there links to other cases?

The short answer is no. However, the Route 29 corridor where Graham disappeared has a peculiar history.

According to WTVR, Graham is the fourth woman to disappear from the area since 2009. Morgan Harrington of Charlottesville, Alexis Murphy of Lovingston and Samantha Clarke of Orange also went missing there.

All the women were between 17 and 20 years old.

In July, Randy Taylor, 43, was sentenced to two life terms for Murphy's 2013 abduction and murder, although her body was never found, WVIR reported.

Clarke's mother is still looking for answers more than four years after her 19-year-old's disappearance.

Harrington, a 20-year-old Virginia Tech student, went missing after attending a Metallica concert in Charlottesville in October 2009. Her remains were found on a farm months later.

Police have yet to track down her killer, and her family has long said they suspect there could be other victims. The T-shirt Harrington was wearing when she disappeared was found near where Graham disappeared.

"Certainly the question has arisen. It's certainly a legitimate question," Longo told reporters this month.

Harrington's mother told WTVR that Route 29 has an "infamous reputation."

"I don't know. Either there is a commonality or a crime spree," she told WTVR. "We have long passed a critical mass that needs looking at. If you look at the map of missing and abducted along Route 29 -- it's not a normal pattern."