RICHMOND, Va. -- Pop culture was at its finest and enthusiastically on display as thousands showed up, many in costume, for the first Wizard World Comic Con in Richmond.

The appeal of the event was in the first class line-up of celebrities, artists, and writers that offered everyone something, and offered many fans quite a lot.

Most of the celebrities offered autographs and photo opportunities throughout the weekend, with prices ranging from a super personal Adam West signature for $80 to a $40 James Marster one.

And then there was plenty of action too for comic and gaming enthusiasts. Fans interacted with the prominent comic creators of “Teenage Mutant Ninja Turtles,” “Batman,” “X-Men,” “Iron Man,” Green Lantern,” “The Crow,” and more.

Helen Currier said there was no question that she would make the drive to check it out, when she first heard that Richmond would finally get its own three-day Wizard World convention.

"We go to the different ones in different areas so we were really excited for the Richmond one," said Currier.

The Maryland resident was one of thousands that made their way to the Greater Richmond Convention Center, a massive venue 200,000 square foot venue that never felt too full throughout the weekend. Travelers also visited from Virginia Beach, Culpeper, Pennsylvania, and Washington D.C..

"The whole family just enjoys it, "said Currier. "It's good family activity for us all." 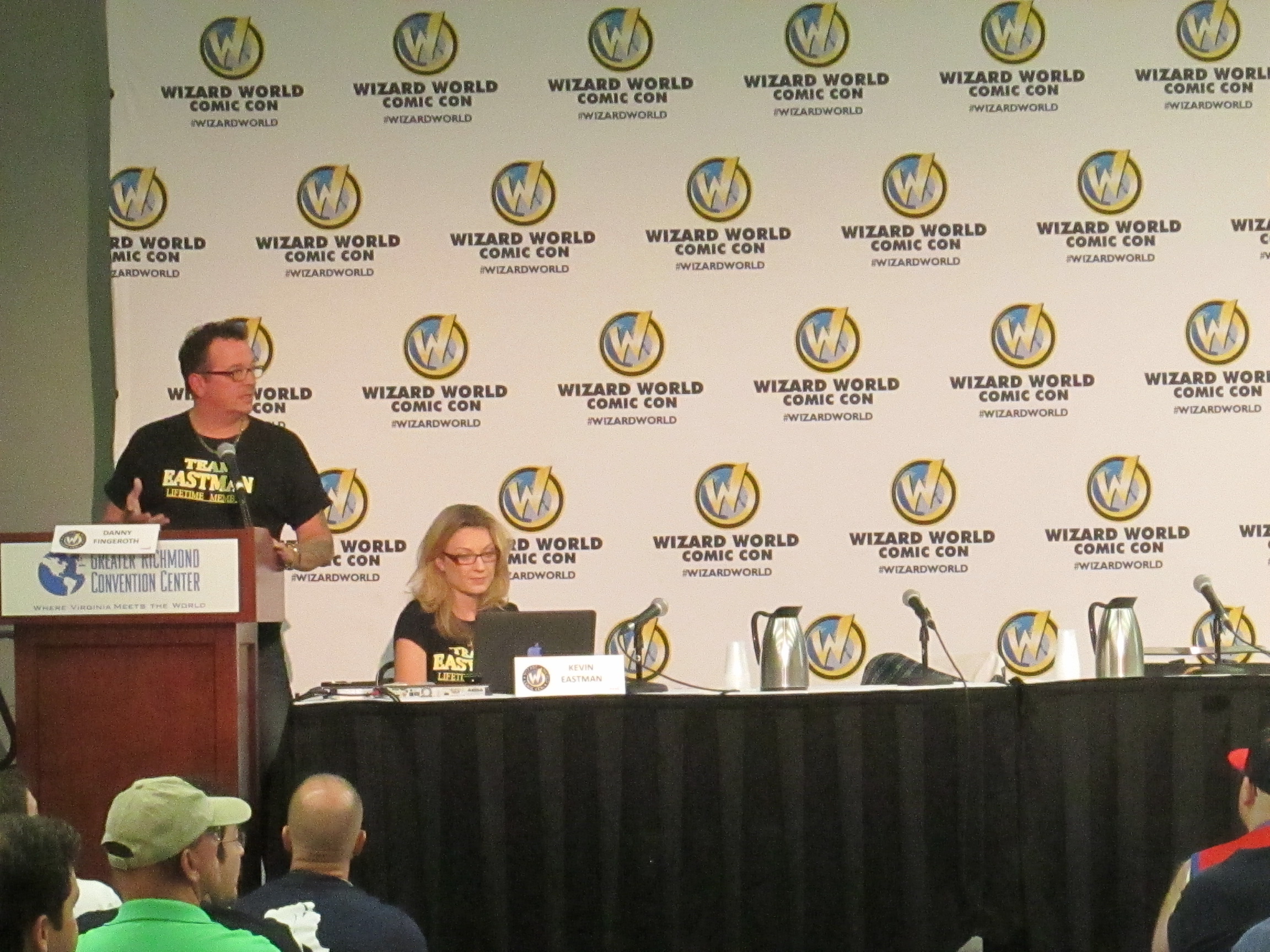 Panels ranged in content and format: a 75-year history of Marvel comics,  an intimate look at the evolution of Teenage Mutant Ninja Turtles, how to develop story lines, to Q&A with Ron Perlman, to sci-fi speed dating and an improv show that pitted the audience against Evil Dead star and cult hero Bruce Campbell.

At one point the audience was treated to an opera singer, a hip-hop performer who had to improvise lyrics on the topic Evil Dead, and a metal band lead singer who performed Johnny Cash. Campbell was as clever and witty a host as any comedian, provoking unabashed laughter from the audience.

Panels appeared well attended and the bigger stars brought out enough fans for standing room only in largest convention hall.

A Saturday night talent show featured intricate costumes that some stated they spent "hours" and "days" and even "eight months" building. Many characters were drawn from popular television shows that did not originate from a comic, showing the convention attracts beyond niche fans and gamers.

In 2014, the Wizard World  company plans to host comic cons and conventions in 16 cities, and next year the company will produce over 20.

"We look for cities that have a good pop culture base, a lot of fandom in the science fiction area, the comics area," said Jerry Milani, Public Relations Manager for Wizard World.

Goochland Resident Joe Dacey said having an event like this really puts Richmond on the map.

Throughout the weekend event fans checked out massive showroom where artists and merchants were peddling wares often hard to find anywhere but online.

Costumed fans and plainclothes alike packed the food court, where tables situated in front of glass panels offered the perfect vantage point to take respite from the nine-hour action packed day and still view the action.

On Sunday, around 300 people were already lined up well before 11 a.m., anxious to enter and enjoy the remaining hours of the event.

Organizers have already announced plans to come back to Richmond again next year, from July 31 through August 2, 2015.