HENRICO- The “Virginia In Action For Liberia Against Ebola” campaign held a Medical supply drive, Saturday.

Organizers collected medical and antiviral supplies to ship to clinics in Liberia, West Africa to help stop the spread of the Ebola virus.

The drive was held at the Short Pump Wal-mart and lasted from 8a.m. to 4p.m.

Virginia In Action For Liberia Against Ebola, is a campaign organized by Diaspora Liberians and friends in Virginia to provide support and resources needed to control the spread of the Ebola virus in Liberia.

The World Health Organization (WHO) has declared the Ebola virus in West Africa to be “an international public health emergency that requires an extraordinary response to stop its spread.” 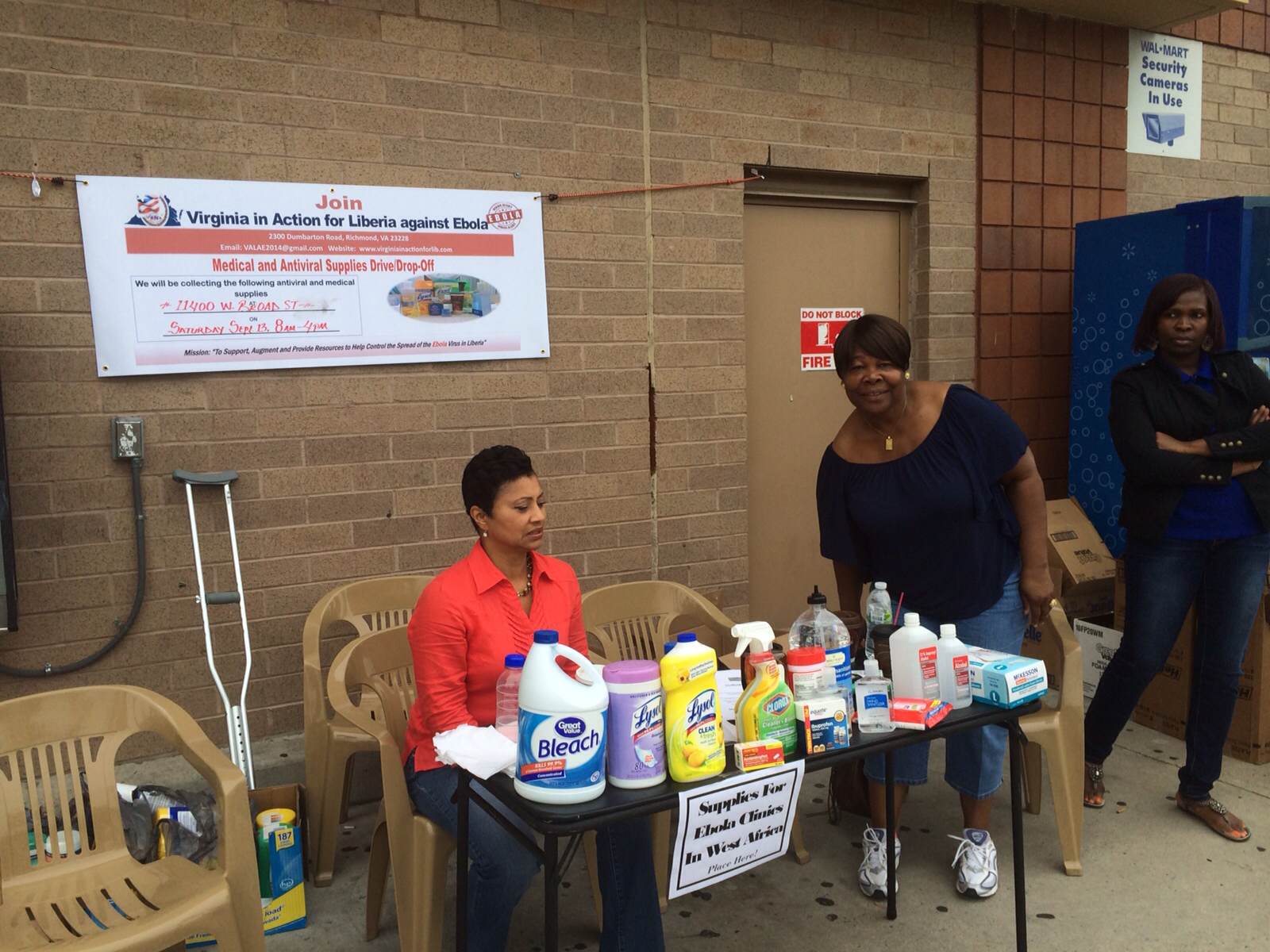