DELAWARE COUNTY, Penn. — While most couples have the fortune to wait until their baby is born before creating family memories, Jenna and Dan Haley do not. In April, their unborn son Shane was diagnosed with a terminal neural tube defect called anencephaly. The condition causes babies to be born without parts of their brain and skull.

The life expectancy for newborns with anencephaly ranges from hours to days, the Haleys said.

“We are asking for your prayers and support and that God grants us as much time as possible with our beautiful son,” they wrote on the Prayers for Shane Facebook page.

Shane is due in October, so in the weeks and months leading up to his birth, his parents completed a bucket list of sorts. Taking him to some of their favorite places.

“Shane has already proven to us that each day must be lived to the fullest and that is exactly what our little family is doing,” they wrote.” Follow us through our various adventures as we take Shane to some of our favorite childhood places.” Now more than 170,000 people follow the family on Facebook. 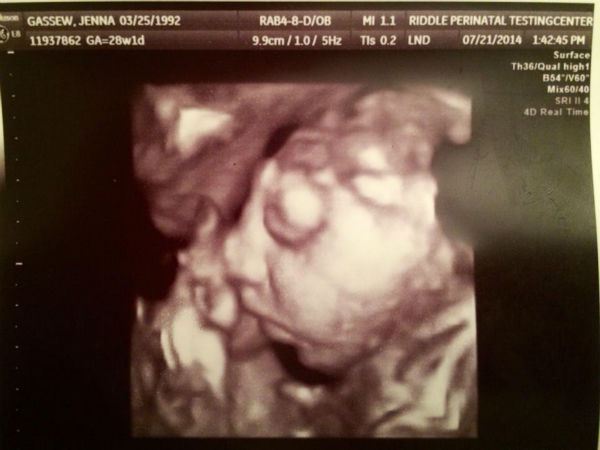