CHESTERFIELD COUNTY, Va. -- Police dogs and investigators searched for a would-be robber after a clerk at the Exxon gas station along the 15700 block of Woods Edge Road in Chesterfield picked up a mop and fought back, according to Chesterfield Police Lt. Justin Miller.

The mask-wearing, gun-toting robber walked into the gas station store at about 3:41 a.m. Thursday and struck the clerk in the face.

"The victim struggled with the suspect, at one point swinging a mop at the suspect," police said. "The victim was able to pull off the suspect’s mask during the struggle. After his mask was removed, the suspect fled without taking anything. The victim sustained minor injuries." 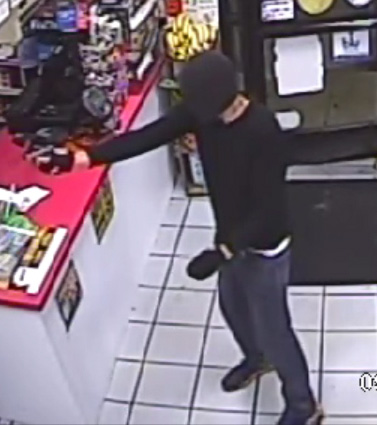