NEW YORK — Apple unveiled the iPhone 6 and iPhone 6 Plus, the Apple Watch smartwatch and a new mobile payments platform called ApplePay on Tuesday.

New iPhones: “Today, we are launching the biggest advancement in the history of iPhone,” Apple CEO Tim Cook said at an event in Cupertino, Calif. “They are without a doubt the best iPhones we’ve ever done.”

Display: The iPhones have curved edges and bigger screens that measure 4.7 inches and 5.5 inches, up from just four inches on the iPhone 5S.

To help users handle the bigger phone, Apple has moved the on-off switch to the right edge of the phone. And when you double-tap the home button, the entire display will slide down so users can access items on the top of the screen.

Speed: The iPhone 6 and iPhone 6 Plus feature Apple’s new A8 processor, which is 25% faster than the iPhone 5S. The M8 co-processor will allow fitness apps to tell the difference between walking and biking and even measure your relative elevation.

Camera: Both iPhones feature an 8 megapixel camera with a new sensor that Apple claims will help the camera focus faster.

Software: The iPhones will feature Apple’s new iOS 8 software, a relatively minor update from iOS 7. Among the bigger iOS 8 additions is a new HealthKit application that monitors users’ heart rates, sleep, weight and blood pressure among other health-related information. IOS 8 will also feature HomeKit, a new platform for people to control all the items in their homes with the iPad or iPhone. 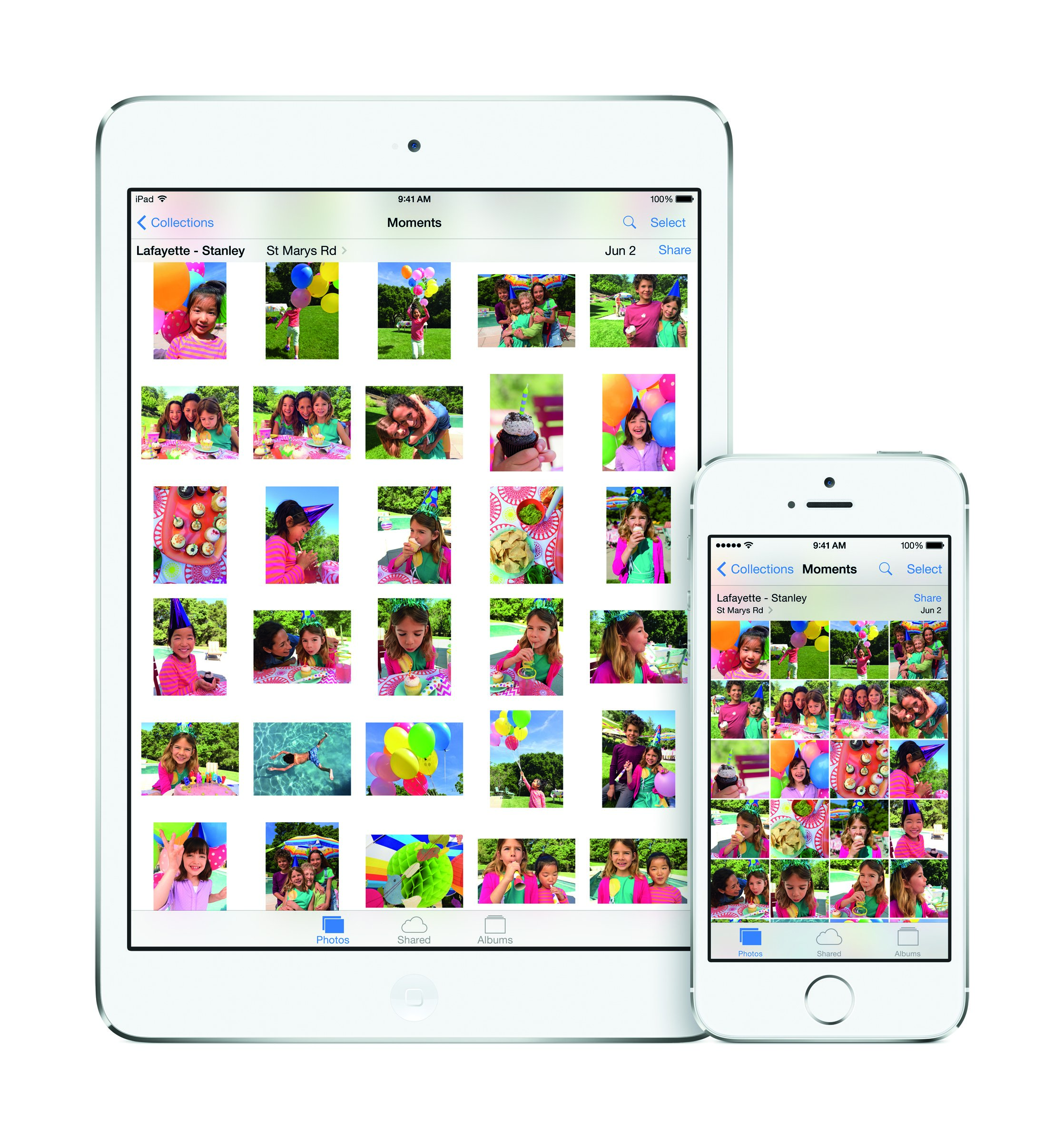 Apple said iOS 8 will be available Sept. 17 to customers who have an iPhone 4S, iPhone 5, iPhone 5C or iPhone 5S.

Apple Watch: Apple also unveiled the Apple Watch smartwatch, the company’s first wearable device. The Apple Watch pairs with the new iPhones to display notifications. It features a magnetic charger, health and fitness apps and a crown that controls zoom and scrolling with a twist. Oh, and it will tell time too — allowing users to choose between multiple watch faces.

Apple said it will sell three versions of the Apple Watch, including a sports model and an 18 carat gold model called the “Apple Watch Edition.” The Apple Watch also comes in two sizes, one slightly smaller than the other.

The Apple Watch will debut with many third-party apps that make use of the watch’s various features, including a Starwood Hotels app that lets you unlock your door with your wrist.

“It’ll be worth the wait,” said Cook.

Using a technology called “near field communications,” or NFC, the new iPhones will be able to interact with payment terminals in a simple tap. Apple has deals in place with the major credit card companies, including American Express, MasterCard and Visa, as well as several major retailers.

Apple touted ApplePay’s security. The company said it doesn’t store your credit card information on your phone — and the number isn’t even given to the merchant. ApplePay also works with the iPhone’s TouchID sensor — allowing people to pay with a swipe of their fingertips.

Apple also said ApplePay is convenient. It already has your credit card information and address associated with your iPhone account — when you pay for something, you can just touch the TouchID sensor and have items shipped to you.

“Our ambition is to replace this,” said Cook, holding a wallet.