HENRICO COUNTY, Va. -- Virginia State and Henrico Police officers responded to eastern Henrico Thursday after protesting fast-food workers took their message to the street, the middle of the street.

The demonstration at 1720 Mechanicsville Turnpike involved fast-food workers who pledged to walk off their jobs in an effort to raise their pay and improve their working conditions.

Henrico Police took photos and wrote down the names of people who took part in today's fast-food protests.

@HenricoPolice are taking names & pics of those protesting in middle of road. Tickets MAY be to come. More @CBS6 pic.twitter.com/6gPMAV96In

Police said 10 people were arrested and charged in connection to Thursday's demonstration:

Across the country, fast-food workers have made good on a promise of civil disobedience in protests aimed at boosting pay to $15 an hour and joining a union without retaliation.

There have been up to 30 arrests so far in Detroit and 19 in New York, according to police in both cities. Protesters were charged with disorderly conduct for blocking traffic.

The actions are the latest in a two-year effort by fast-food workers to get employers to pay a minimum wage of $15 an hour and allow them to form unions.

Thursday’s protests come more than a month after the National Labor Relations Board’s general counsel ruled that McDonald’s is a joint employer that exerts substantial power over working conditions at its franchisees. The ruling, if upheld, means McDonald’s could be held liable for labor violations at its more than 12,000 franchisee-owned restaurants.

McDonald’s has contended that franchisees operate as independent businesses and that, therefore, it’s not liable. 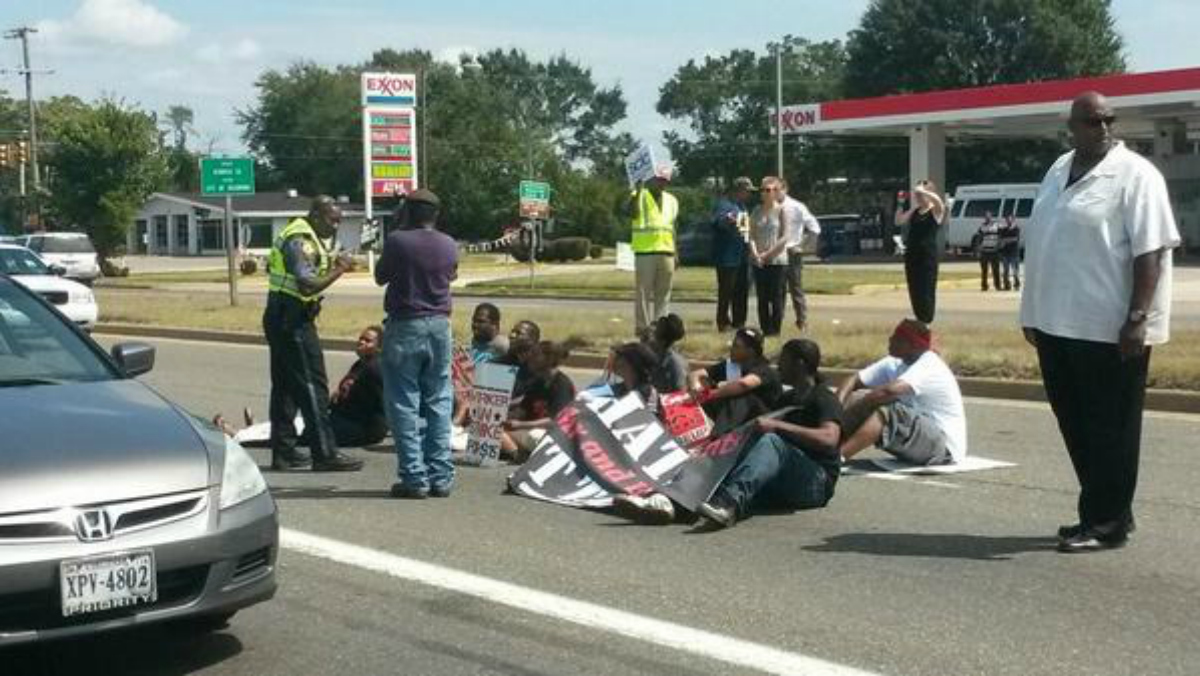