The bus, shuttling people between the terminals and a rental car company, was leaving Interstate 190 on a lane toward a terminal when it struck a concrete median about 6:30 a.m. CT

Fifteen people were injured and were being taken to hospitals, but the severity of their injuries wasn’t immediately clear, Chicago police spokeswoman Ana Pacheco said.

WGN reports that the driver of the bus was pinned in the wreckage and was rescued by a firefighter who was just two cars behind, on his way to work at the rescue station at O’Hare, Sampey said. Another firefighter with him helped injured passengers.

The wreck prompted the closure of some I-190 lanes and caused traffic backups on the interstate on Friday morning, WLS reported. 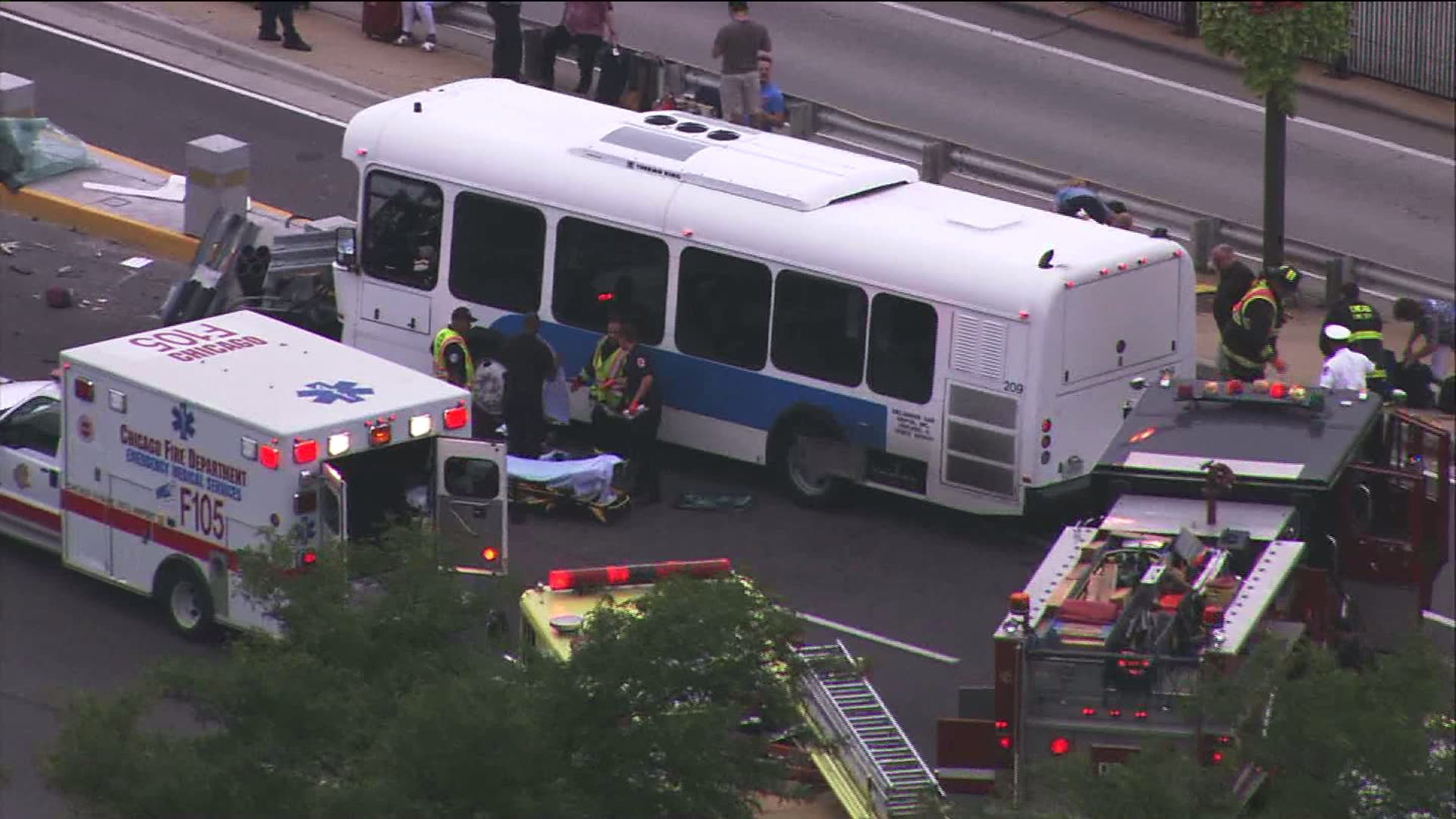