RICHMOND, Va. -- Richmond police have arrested a 14-year-old boy and are searching for two other male juvenile suspects after police said they provoked three dogs to kill a family's cat last weekend.

It happened in the 2100 block of Seldon Street around 7 p.m. Sunday.

"That was my favorite cat," Carey Macon told CBS 6 reporter Laura French. " This was my cat that was with me through thick and thin. I nursed this cat from a baby to maturity and it was the biggest the baddest cat in the neighborhood."

"Black Beauty," as Carey Macon called her, was the cat who everyone in his Richmond neighborhood loved. She was also the cat police said was brutally killed by three dogs at the hands of a 14-year-old and two other boys.

"They came by couple of times during that week chasing my cat with their pit bulls they took them off the leash and let them run around the house to get to my cats," said Macon.

Police said they succeeded Sunday and it was all caught on video.

"In that video it showed these dogs attacking a cat, which was provoked by the actions of the juveniles," Richmond Police Lieutenant Jody Blackwell said.

In the graphic video that CBS 6 has viewed, but is not being released to the public, you can hear the kids cheering the dogs on.

"He not letting the cat go. He got the head," one boy is heard yelling in a cell phone video taken by a neighbor. 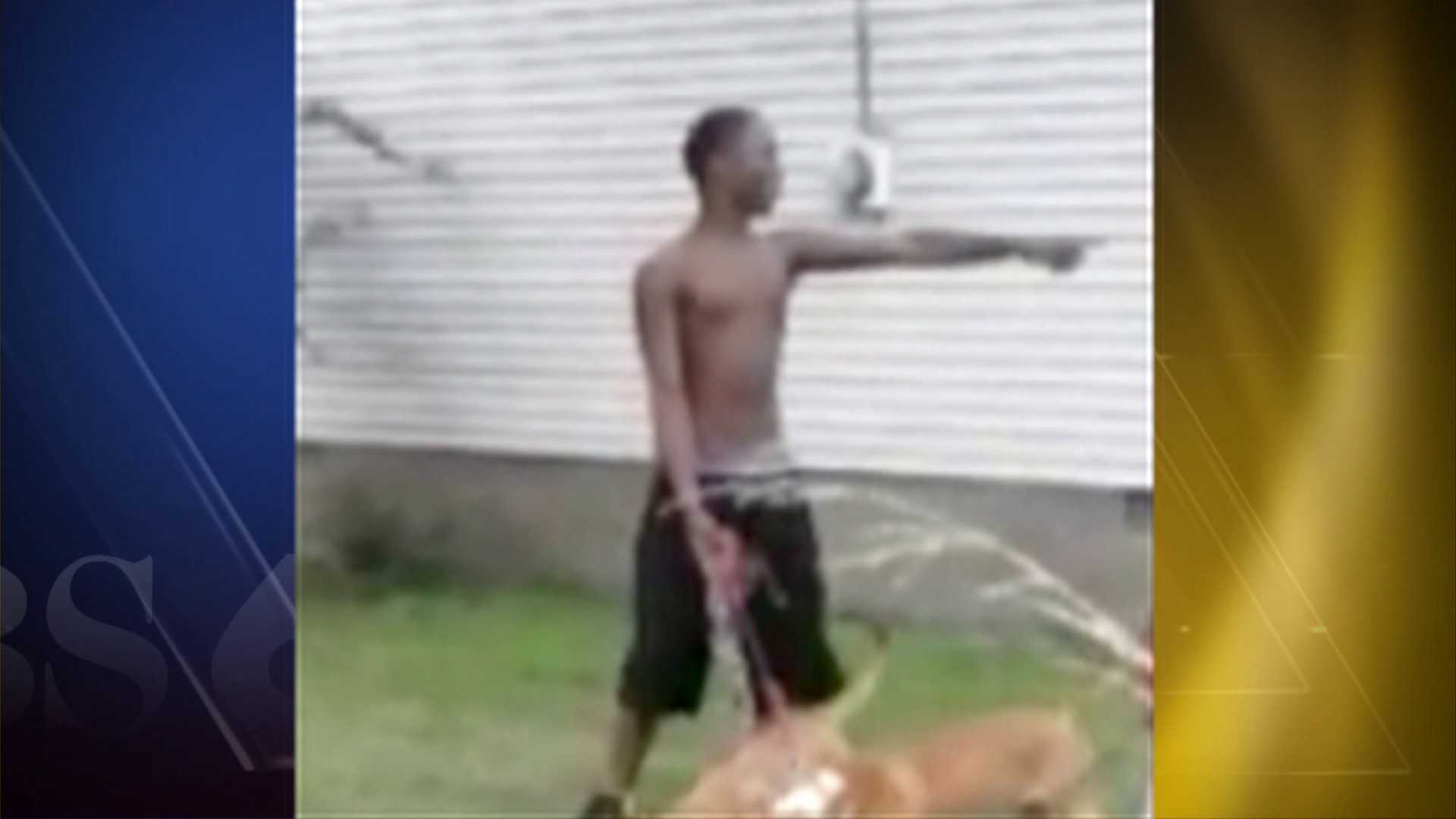 "They ran in front of my yard with the cat in its mouth. The young boy was hitting on the dog trying to get the cat out of his mouth -- by that time the cat was dead," neighbor Morris Parker said.

"I want the community to know now we have animals who were rewarded for killing a cat, so it does cause a huge great concern towards the community. Because today it was a cat, tomorrow it could be a little girl riding a bike down the street," Blackwell said.

Police said media coverage led to the arrest of the 14-year-old suspect Friday afternoon, who faces a Class 6 felony cruelty to animals charge.