SOUTHAMPTON COUNTY, Va. – No injuries have been reported after a severe storm moved across Route 58 in Southampton County Thursday afternoon. A possible tornado touched down about 1:15 p.m. in that area, Virginia State Police said.

The storm flooded the road and knocked over trees. 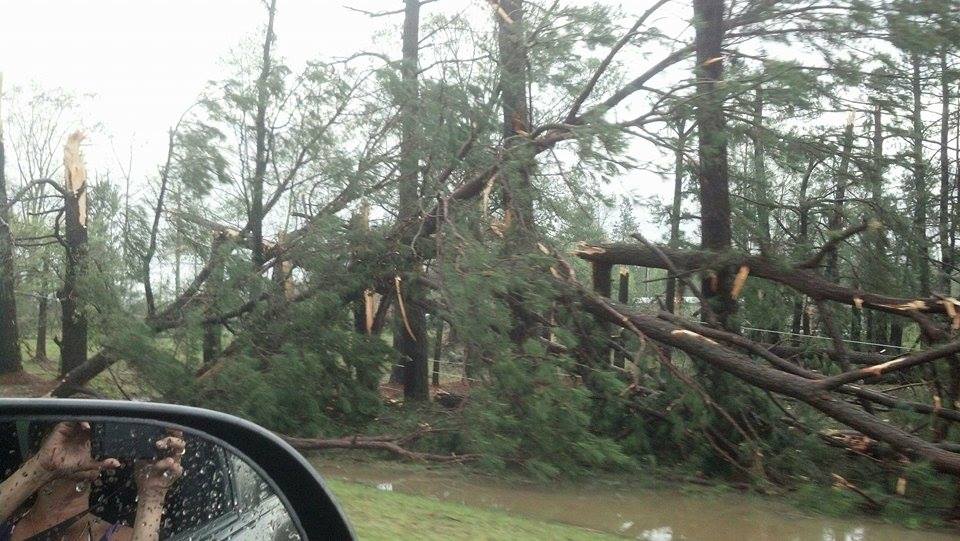 “VDOT crews have cleared all major debris on Route 58, there is still down power lines on Route 58 at Rt 308,” Virginia State Police spokeswoman Sergeant M. Anaya said. “State Police called out more Troopers to help with the storm and assist VDOT in cleaning up roadways.”

Earlier storm debris closed westbound Route 58 at the 308. Additionally, Route 652 was shutdown due to flood waters.

WOW! Look at this picture of hail we just received from #Capron. (Photo from SHSO) #hrweather #hrva @WTKR3 pic.twitter.com/h26clFmoir

Click here to use interactive radar. This is a developing story.