UPDATE: Shawn Thibou was taken into custody Wednesday morning, according to Henrico Police spokeswoman Lt. Linda Toney. “No further details are available for release at this time,” she said.

HENRICO COUNTY,Va. – Police continue to search for a 19-year-old man wanted in connection to a Monday night robbery in Henrico’s West End. Three other people were taken into custody following the robbery.

A man with a gun robbed the clerk at the Shell Station on West Broad Street near West End Drive about 11:28 p.m. Monday, police said. No one was hurt during the robbery. 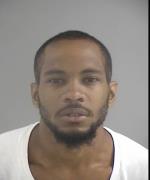 Police are still looking for 19-year-old Shawn Thibou. He is described as 6’1”, 190 pounds with black hair, brown eyes and a goatee.

“He is wanted on four outstanding warrants; Robbery, Use of a Firearm, Conspiracy to Commit Robbery, and Wearing a Mask in Public,” police said. “If you know of the whereabouts of Shawn Thibou, please contact Henrico Police at (804) 501-5000 or Crime Stoppers at (804) 780-1000.”