CBS 6 Investigates: What are your rights when filming police? 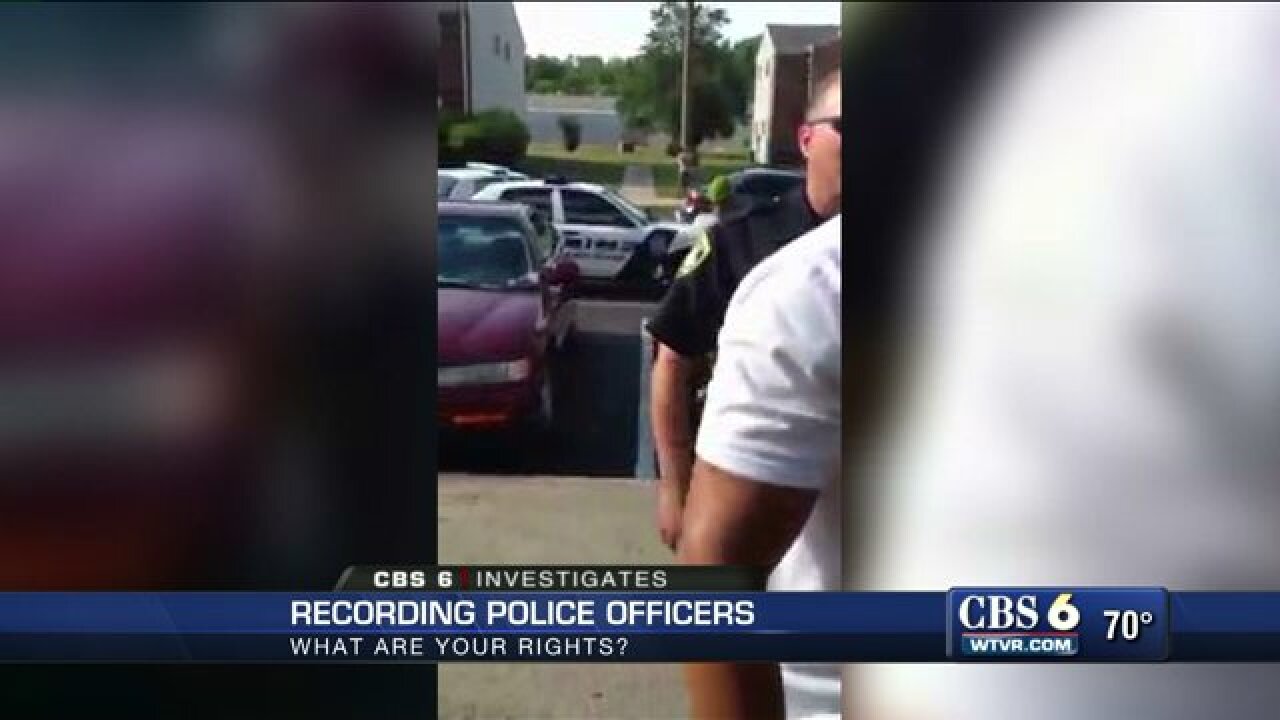 CBS 6 investigative reporter Melissa Hipolit first told you about one of those incidents on Thursday.

It involves a 19-year-old Petersburg man, Devin Thomas, who alleges Petersburg police officers knocked his cell phone out of his hand on Tuesday and assaulted him for filming them.

Our sister station WTKR in Norfolk reported on the second incident on Thursday.

WTKR Reporter Jessica Larche reported Norfolk police are investigating video recorded by 22-year-old Jeremiah Schwenk of one of their officers pushing a camera phone out of his face after a confrontation.

Here’s a description of that video from WTKR:

“I’m here to make sure my friend doesn’t get his rights violated,” Schwenk said in the video.

“Oh, you don’t have to worry about that,” the officer replied.

“Police do not protect people,” Schwenk said as he was recording.

The officer never asked Schwenk to stop recording, but he did continue to ask Schwenk to move.

“I have the right to record you,” Schwenk said.

The officer replied, “I’m telling you right now. Step any closer, and keep trying to move around me.  This is on your phone right?  I will arrest you for interfering.  You understand me?”

Moments later, the conversation escalated into a heated confrontation when the officer yelled, “Get that light out of my face!” as he pushed Schwenk’s cell phone away.

We wanted to know when it’s OK to shoot video of officers, so we asked Rebecca Glenberg, the legal director for the American Civil Liberties Union of Virginia.

“People have a right to film police officers as long as they're not interfering with the officers and their performance of their duties,” Glenberg said.

Glenberg said it is never a good idea to taunt the police, but that does not warrant them stopping you from rolling.

“Assuming that the person is at a reasonable distance, the fact that the police may be distracted because someone is filming them does not make the filming illegal,” Glenberg said.

She said all officers should be wearing cameras so there is no doubt about who should be held accountable.

“[To] make it clearer exactly what happened in a particular situation,” Glenberg said.