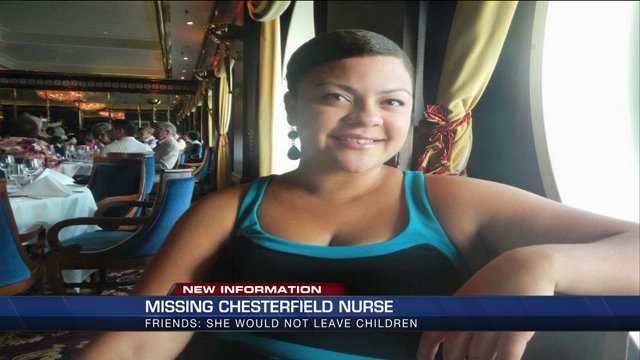 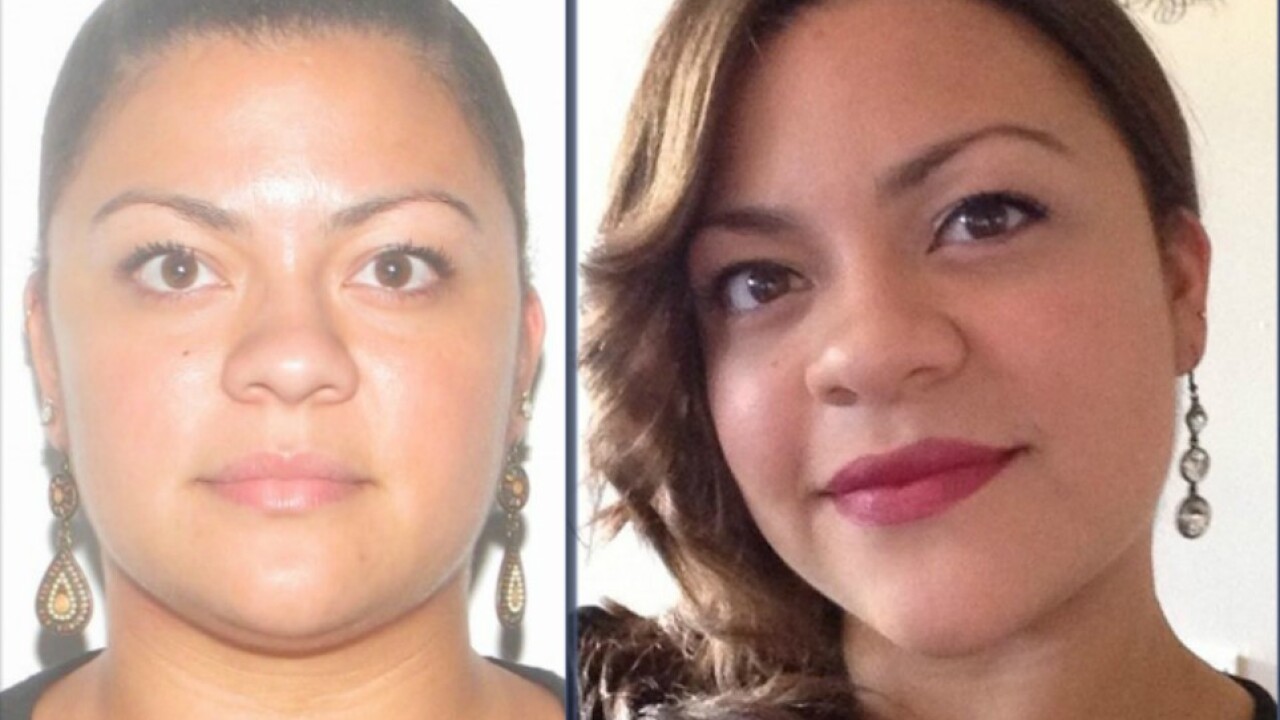 CHESTERFIELD COUNTY, Va. - A search is underway for a 26-year-old woman who vanished in Chesterfield last week.

Pabon was reported missing on Monday when she did not show up for work.

Pabon is described as a Hispanic female, about 5 feet 6 inches tall and weighing about 145 pounds with black hair and brown eyes.

Normally Pabon’s white Nissan Altima is parked alongside a minivan outside a condo off Terrace Arbor Circle in Chesterfield County.

"It’s been over a week since I've seen Zulma," said her next-door neighbor, a retired trooper and now pastor, Philip Godwin.

But police say the Altima,  with the Virginia tag JZN-1429, and the 26-year-old mother have both disappeared without a trace.

"She’s funny, energetic, she's a great girl,” said a friend, Cindy Duval.  “We both graduated from nursing school at the same time and our children were born a month apart.  She's very family-oriented, a sweet girl and loves her little boy to death."

Police say both of her sons are accounted for.

Pabon was reported missing three days after she was last seen, by colleagues at St. Francis Medical Center. Friends say a man she lives with is a doctor that practices at Sheltering Arms.

"Zulma, in my opinion, would never leave her child,” said Godwin.  He says a voluntary disappearance would be way out of character for Pabon.  "My wife and I have been praying for her every night,” Godwin said.  “It's so sad."

Godwin added that he's been questioned by detectives, but hasn't seen or heard anything unusual, other than not seeing Pabon.  In fact, Godwin says he spoke with police Wednesday afternoon about spreading the word.

"Corporal Scott Gordon called and asked me to send an e-mail to the association with her picture and we have done just that," Godwin said.

We tried talking to the father of Pabon's younger child, but he did not answer the door.